PSEB 12th Supply Result 2019 - Punjab Board 12th Supplementary result 2019 has been declared online. The Punjab State Education Board (PSEB) has released the results of Class 12 Board supply exams on the official website. Students who could not pass in their Punjab Board Class 12 exams held in the month of March were required to appear in the supplementary exams held in July/August 2019. All such students can now access their PSEB 12th supply result 2019 Students are advised to bookmark this page for the latest news and updates pertaining to the Punjab Board 12th Result 2019. JagranJosh will ensure the students get all the latest news on the PSEB Result 2019.

To help students to stay away from misinformation and rumours, we will be providing the regular updates on PSEB 12th Result 2019 here. Students can keep themselves updates through the notification provided here. Alternatively, you can also get such important updates and news about Punjab 12th Result 2019 by submitting your email id and mobile number in the form provided above. Our team will share with you the most important and relevant updates about Punjab Board Exam directly in your Email Inbox.

After the formal declaration of PSEB Class 12th Result, we would also be providing a direct result link on to the official website result page here. Students will also be able to check their scores from here after the official announcement of the PSEB 12th Result 2019.

Students can check the important dates of Punjab Board result 2019 in the table below. 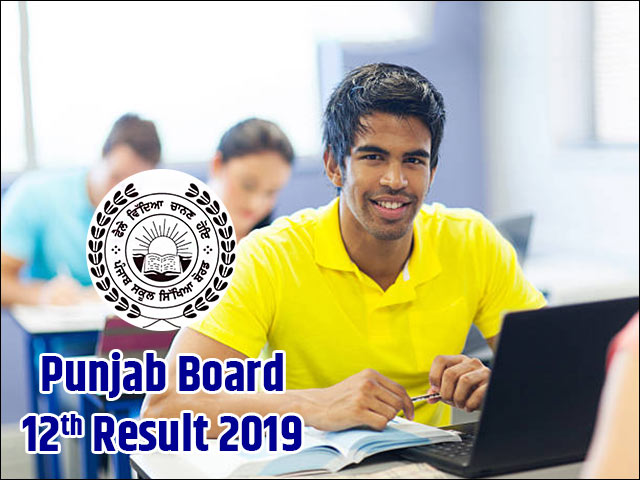 With emotions running high, it is very important for the students to control their expectations and keep them realistic in order to avoid disappointment at the last moment. To help them understand the evaluation criteria and process, we have presented below the key statistics about the PSEB Class 12 Result from the Previous Year. The previous year statistics provide students with an idea on the expected scores, in general, this will also help them ascertain their probable individual scores in PSEB Class 12th Result 2019, which will relieve them of the stress they are feeling waiting for the PSEB Class 12 Result. This will also protect them from making wild assumptions on their probable scores, protecting them from falling prey to disappointment in the end. However, these statistics are based on the cumulative performance in the whole state; their PSEB Class 12 Result 2019 will depend solely on their individual efforts in the examination.

Last year, the Punjab Board 12th Result was declared on 23rd April for nearly 3 lakh students of which 1.98 lakh students managed to clear the exam. Repeating the general trend, Girl students have outdone the boys in the PSEB Class 12th Result last year as well. This shows their level of dedication and emphasis of government of female education. Other key highlights about PSEB 12th Result 2019 are listed below:

Taking into account the special initiatives started by the Punjab Board, we are expecting the overall pass percentage and success ratio in the upcoming PSEB 12th Result 2019 to grow significantly. Even academic experts have backed this estimation based on the general trend and overall improvement in the PSEB Results over the years.

Students need to follow the instruction laid down here as it is to view their PSEB 12th Result 2019 scores in hassle free manner. Once they provide the valid information, their Punjab Board 12th Result will be displayed on their screens.

The students will be able to view and save the above PSEB Class 12th Result 2019 in PDF format, once they hit the submit button. They can take hard copies / printouts of the PSEB Class 12th Result for cross verification with the original mark sheet and further documentation purposes for admission until original mark sheet is delivered to them in stipulated time by the PSEB.

Along with the declaration of the Punjab 12th Result 2019, the Punjab Education Board will also announce the detailed procedure for rechecking and re-evaluation of the answer sheets. Those students who are not satisfied with their score in the Punjab Board 12th Result 2019 or if they feel that their answer sheets have not been evaluated completed can avail this facility. For this, the PSEB will get the answer sheets for a particular subject rechecked / re-total or completed re-evaluated by an independent examiner. Students who were expecting more marks or were hopeful of passing in a subject but have not done well, can get their answer sheets rechecked after making a formal application and paying the requisite fee.

Once the Punjab Board 12th Result 2019 is declared for all the students, the PSEB will also announce the detailed notification for the Compartmental or Supplementary Exams. The PSEB 12th Supplementary Exams are held for the students who have either failed in one or more subjects and want to reappear for the exam without waiting for an entire year. Such students who are unable to qualify in the PSEB 12th Result 2019 should not be disheartened. They will have another opportunity to better their scores in compartment examination. More information about the PSEB 12th Compartmental / Supply Exam can be obtained from the board website or from your school administrators.

The foundation stone of the PSEB or the Punjab School Education Board was laid in the year 1969. It was granted an autonomous status in the year 1989 through a special amendment act passed by the state legislative assembly. Since then, PSEB has been acting as the custodian of the school-level education in the state. The PSEB functions as the regulatory authority that is in-charge of drafting and implementing education policies in the educational institutions affiliated to it. Other responsibilities of the PSEB include conduct of annual Board Exams for Class 10 and Class 12 i.e. at secondary and higher secondary level, prescribing of syllabus, courses and text books for school students. In addition, the board also regularly revises and updates the syllabus as an initiative to modernise the education in the state schools.