10 Most Successful Female Entrepreneurs in India

Successful Indian Woman Entrepreneurs that are an inspiration for every girl in the country. 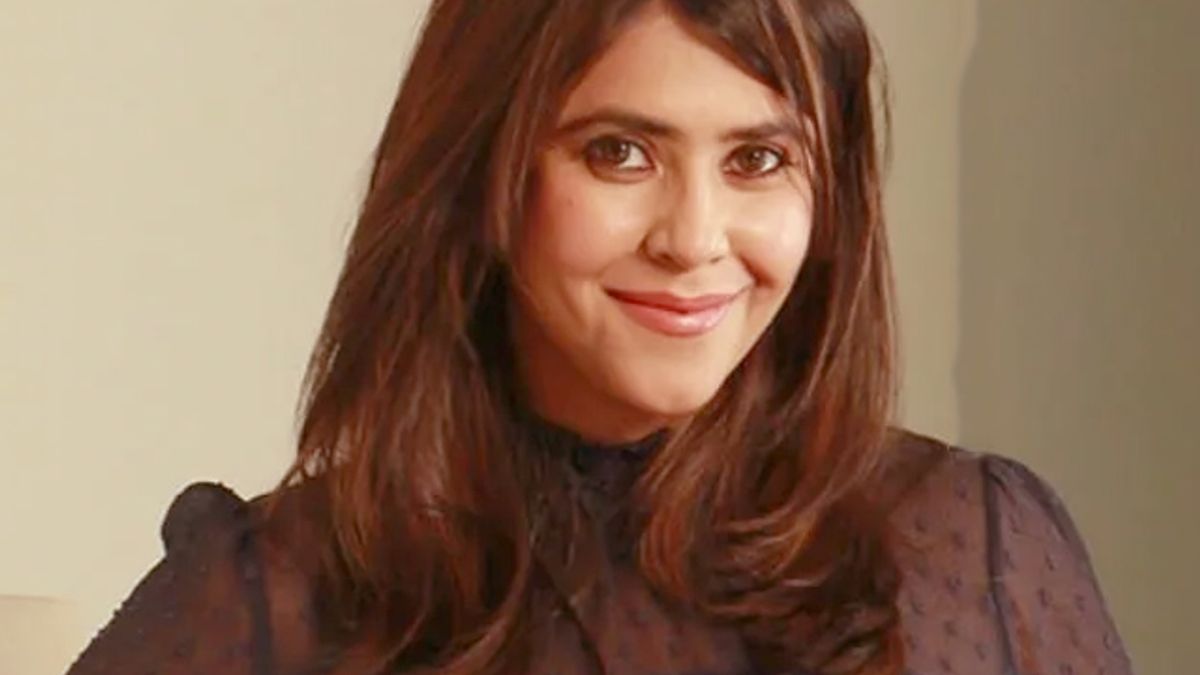 Most Successful Female Entrepreneurs in India

Gone are the days when the dreams of breaking through the glass ceiling and reaching the topmost rung in the corporate ladder were next to impossible for women. Today, the women of our country have come a long way from being just a homemaker and are an equal match to some of the most powerful men in the corporate world. From heads of global business giants to founders to some the most innovative startups, women have made mark almost everywhere one can think of. But their journey to the hall of fame wasn't easy, they have fought against various negative notions and proved their mettle eradicating any and all doubts be it regarding their leadership capabilities or their entrepreneurial abilities.

Thus, in this article, we have talked about some of the most successful female entrepreneurs of the country who are an inspiration for every budding entrepreneur out there.

Indu Jain is the current chairperson of the Bennet, Coleman and Co. Ltd., one of the largest media group in the country. They are best known for their daily newspaper The Times of India, The Economic Times and the TV news channel Times Now. Under her leadership, the Times Group touched many new highs. She is widowed with two sons Samir and Vineet who now oversee the family business. Although the chairperson of Bennett, Coleman & Co. is one of the most prominent and eminent roles played by her, she is also known by many other different identities such as that of a spiritualist, humanist, entrepreneur, an educationalist and also as an aficionado of culture and the arts. Mrs. Indu Jain was also awarded the 'Padma Bhushan' by the Government Of India in January 2016. But her portfolio just doesn't end here, Mrs. Indu Jain was the guiding force behind The Oneness Forum, which was formally launched by the President of India in 2003. The Forum recently awarded the Mahatma-Mahavira Awards to outstanding individuals from all of the walks of life and is involved in several activities that seek to bring, and highlight, a sense of Oneness in the world.

Kiran Mazumdar Shaw is the founder Chairman and the Managing Director of Biocon Limited which is one of the leading pharmaceutical company in the country. Born and brought up in Bangalore, she completed her bachelor's in Zoology from Mount Caramel College, Bangalore University. She later did her master's in Malting and Brewing from Ballarat College, Melbourne University. She founded Biocon India in 1978 out of the garage of her rented home in Bangalore. It was a joint venture with Biocon Biochemicals Limited of Cork, Ireland. She started her entrepreneurial journey amidst a shortage of funding, lack of qualified workers and many other such obstacles. Today the company has established itself as the leading player in the biomedicine research with a strong focus on diabetes and oncology. Apart from this Kiran is also a member of the board of governors of the Indian School of Business and Indian Institute of Technology, Hyderabad. She was also awarded the prestigious 'Padma Shri' in 1989 and the 'Padma Bhushan' in 2005 by the government of India.

'Indra Nooyi' the CFO and the president of the Pepsi Co. India, is probably one of THE most widely known female entrepreneurs in the country. Born and brought up in Chennai, Indira did her Bachelor's in Science from Madras Christian College in 1974. She later did her Master's in Public Management from Yale University and a Master's in Finance and Marketing from IIM, Kolkata. Indira has held several senior positions in various companies such as that of Motorola and Asea Brown Boveri before she finally joined Pepsi Co. She, however, started her career as a product manager at Johnson and Johnson. She joined PepsiCo. in the year 1994 and was named the president in the year 2001. She was also awarded the prestigious 'Padma Bhushan' for her business achievements and being an inspiration to India's corporate leadership. She is also well-known for her business acumen which is clearly evident in the billions of dollars worth of crucial deals that the company has garnered under her leadership.

VLCC Heath Care Limited, the beauty, and wellness giant of the country currently has a presence in over 11 countries over Asia, Africa and the Gulf Cooperation Council(GCC). But, this unrivaled leader in India's health and wellness industry was founded by a homemaker, Vandana Luthra in 1989 when the first of her two daughters was just 3 years old. Vandana was born in Kolkata, West Bengal and got well versed in the beauty, fitness, food and nutrition and skin care while pursuing higher education in Germany, UK and France. She was awarded the 'Padma Shri' in 2013 for her outstanding contributions and was also ranked the 33rd most powerful businesswoman in India by Fortune India.

Naina Lal Kidwai is one of the most successful and famous Indian Woman of today. She was formerly the Country head and Group General Manager at HSBC Group India. Naina did her Bachelor's degree in Economics from Delhi University and her MBA from the Harvard Business School. In fact, she was the first Indian woman to graduate from Harward Business school. She has also held other positions such as that of the Head of Investment banking at ANZ Grindlays during 1982-1994, the Vice-chairman of JM Morgan Stanley, Global Advisor at Harward Business School, the non-executive director at Nestle SA, the member of Governing Board NCAER, Auditor General of India and several other positions. She was also awarded the 'Padma Shri' award by the Government of India for her outstanding contributions in the field of Trade and Industry.

Chandna Kochar is currently the MD and CEO of India's largest private sector bank 'ICICI Bank'. She is married to Deepak Kochhar, a wind energy entrepreneur and her business schoolmate. Chanda did her Masters in Management Studies from Jamnalal Bajaj Institute of Management Studies, Mumbai. She has been widely recognized for her role in shaping the retail banking in India. Under Kochhar's leadership, ICICI bank won the 'Best Retail Bank in India' award in the years 2001, 2003, 2004 and 2005 and the 'Excellence in Retail Banking' award in 2002. Both these awards were given by the 'Asian Banker'. She herself has been awarded the 'Retail Banker of the year 2004' (Asia Pacific region) by the Asian Banker, 'Business Woman of the year 2005' by the Economic Times and the 'Rising Star Award' for Global Awards 2006 by Retail Banker International. She is also a frequent name on the Forbes list of the World's 100 Most Powerful Women. She even received the 'Wockhardt Gold Medal' for Excellence in Management Studies as well as the J.N. Bose Gold Medal In Cost Accountancy.

There would hardly be an Indian television fan who hasn't heard the name Ekta Kapoor. She is the woman who changed the face of Indian Television forever. Now whether you love or hate those popular Balaji Serials you cannot ignore the fact that they were the face of Indian Television for a long time. And Ekta Kapoor was the woman who single-handedly founded and made Balaji Telefilms a household name. She produced many hits serials and has to her credit the longest running TV serial and the most watched TV serial in the Indian Television history. She also won the 'Hall of Fame' award at the 6th Indian Telly Awards in 2006 for her outstanding contributions to the Indian Television Industry. She has an image as that of the fierce protector of her company and brand. Ekta is also well-known for her strong business acumen and professionalism.

Suchi Mukherjee is the founder and CEO of LimeRoad and e-commerce website under the category of lifestyle and accessories. Interestingly the idea for LimeRoad came to her when she was on a maternity leave. Suchi is an Economics Graduate from the London School of Economics. She has many awards and recognitions to her name such as that of K.C. Nag Economics Price for best students in Economics, George K. George Memorial Scholarship for overall contribution at St. Stephen College, Delhi University, Cambridge Commonwealth Trust Scholarship & Fellowship, and Chadburn Scholarship for merit, both at Cambridge University and British Chevening Scholarship, at the London School of Economics. She was also selected as 1 of the 15 women worldwide for Rising Talents, 'High Potential Leaders Under 40.' Her company has raised a funding of $20 million from Light speed Venture partners, Matrix Partners and Tiger Global. Suchi has previously worked with Lehman Brothers Inc., Virgin Media, eBay Inc., Skype and Gumtree where she was the managing director for more than 2 years.

Richa is the founder and CEO of Zivame, an online Lingerie Store in India. To say that she broke the glass ceiling in most audacious manner won't be wrong at all. Richa completed her engineering from BITS Pilani in the year 2002 after which she worked briefly in the IT industry. She then moved on to pursue a Masters in Management studies from Narsee Monji Institute of Management Studies in 2007 and worked with a retailer and a global tech company before eventually founding Zivame.com. This is was probably the first online lingerie space in India and has also played a great role in educating the women across the country about intimate wear. She started the company from a small office space but within a mere 3 years it had over 200 members and offers more than 5,000 style, 50 brands and a 100 sizes with a collected valuation of $100 million.

Kashaf Shaikh is another of the most promising budding female entrepreneurs in the country. Like Richa, she too has taken to entrepreneurship with an offbeat road. Kashaf is the founder of a website called 'Dealivore' an authentic website where online shoppers can find valid coupons for multiple stores across the country. Her website is a must visit for any online shopping buff. Dealivore is the one-stop solution for online deals and offers. She is a computer science graduate from the University of Pune. She has been working as a consultant in marketing and sales and has also bagged a national award from Computer Society of India. She had a keen interest in digital marketing that led her to found Dealivore. At this young age of 23 and already an entrepreneur Kashaf is the perfect role model and a great inspiration to all the budding entrepreneurs out there.

So, fellas, this is the list of most of the most successful woman entrepreneurs in the country. And as you can see it features women from all stages of life to the ones who have spent years in the corporate industry to the ones just finding their feet. Hope the stories of these women will inspire you to begin with your entrepreneurial dreams and push hard to achieve them. Remember the path to success is not easy but neither shall you be any closer to achieving it unless you make the first move.

1. 5 Indian women scientists who are an inspiration for every girl in the country

2. Feminism to fashion: Things you will know if you have studied in women's college