Here is the list of latest buzz words which are part of the every college-group conversation. Read on to sharpen your millennial vocabulary! 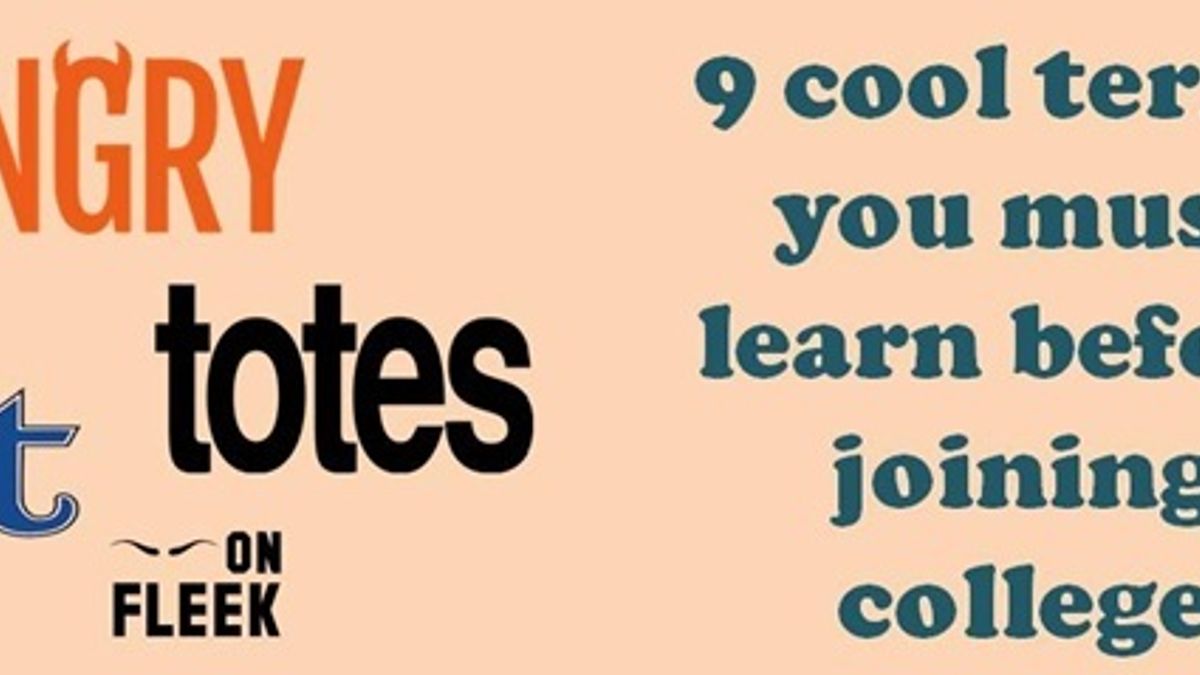 The mellenials or the generation Y is all about making things fun, including every day conversations. Despite no validation from the dictionary, there are terms which have become a part of our whatsapp conversations and tweets. If you are not updated with the latest vocabulary, you are definitely missing out on these recent trends. Here are some terms you need to know:

This is for all the feminists out there! Going Dutch means splitting the bill in half. So, the next time anyone takes you on a date, you can not only pay half the bill, like you should, but also tell the person there is a phrase for it. The expression is not limited to just restaurant bills and means dividing the cost of anything in equal halves so that no one has to pay too much.

Sentence: I don't want you to pay for my ticket. Let's go Dutch.

A corruption of the word 'owned'. This originated in an online game called Warcraft, where a map designer misspelled 'owned'. When the computer beat a player, it was supposed to say, so-and-so 'has been owned'. Since then the word is widely used during verbal arguments to indicate that one person has made a killer point against another.

Sentence: Debating team from that college totally pwned us.

The anger you experience when you are hungry is called Hangry. It is an everyday phenomena for college students who can't wait a lecture to end so that they can grab a bite from the nearby maggi shop.

Sentence: If I miss this snack I get a bit hangry by the time dinner rolls around at 7ish!

Drunk + Tweet makes Dweet. This is not something you want to do, so you'd better log yourself out from Twitter before getting drunk. Our inhibitions become considerably low when we consume alcohol and dweet as a phrase and an activity was discovered to give it a name.

Sentence: I have had too much alcohol. Take my phone away or I’ll dweet something silly.

It's a short form of the word 'totally', which you can totally use. But why should you, when you have totes which sounds more cool and lit (See what I did there?) Here is some maths we did: If you do the math, the average time saved by using the word totes as opposed to totally would save 26.6 seconds a day! Over the course of a year that adds up to 2.7 hours! Guess using this word is not that bad an idea!

Sentence: I want to go to the shoe store because I totes need to purchase new heels.

When you can't define the coolness or awesomeness of something in commonly used words, you make use of the term 'lit'. Lit has been a slang term meaning 'intoxicated' for over a century. More recently, it has acquired the meaning 'exciting' as well as a broader meaning along the lines of 'excellent'- defines Merriam-Webster.

Sentence: You should have attended the party last night. It was lit.

Groupfie is basically a selfie with a lot of people in the frame. Some answers on Quora tell us that a Groupfie or Groufie was trademarked by Huawei to mark a new smartphone that can take 'panoramic selfies'. It stands for 'group selfie' – aka a photo you take of yourself with other people. An alternative to the lonely 'selfie' this picture has a collection of people and usually you can see a person's arm in the shot as the photo is most often taken with a front-facing smartphone camera.

Sentence: Get in line people, we will take a groupfie.

A short form of legitimate, legit is used to stress the seriousness of something. The word is almost the modern synonym for words such as 'cool', 'ill', 'tight', or 'dope'. Used to describe a noun that is of a particularly excellent quality. The slang use of this term is slowly but steadily increasing in popularity.

Sentence: Have you heard the new album by Drake, it's legit good.

Mostly used for makeup skills,, fleek means clean or excellent, or tidy. 'On fleek' means that something is on point, essentially, that something looks good, is perfectly executed, etc. It's just another way to compliment someone.

Sentence: You look very good today, your eye-liner is on fleek.

These words have made their way into the daily conversations of youngsters all over the world and irrespective of what your definition of 'cool' is, it  doesn't hurt to know what these commonly used phrases mean.