Nowadays, there are too many engineers who are coming to the public sector organization, leaving away lucrative offers from multinational companies because of the job stability and security available in the government service. Here, we shall look at the jobs available in the government sector for thousands of engineers passing every year in India. 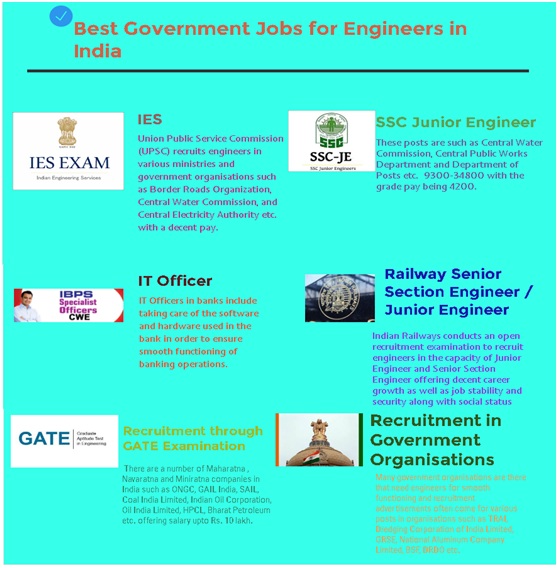