IIM Bill: 5 provisions approved by Union Cabinet to enhance the quality of education

As per the latest meeting on the IIM Bill, it has been announced that the renowned Indian Institutes of Management (IIMs) will have complete autonomy to run their operations and from now onwards will be awarding award MBA degrees instead of PGDM diplomas to their graduates. 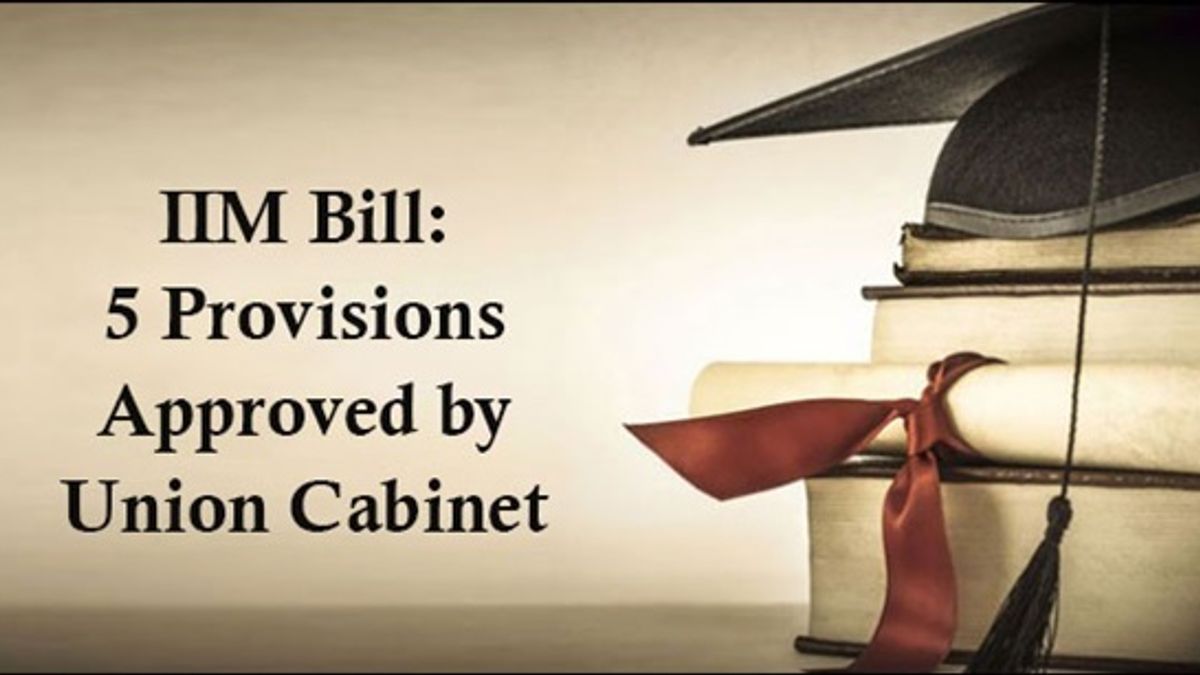 As per the latest meeting on the IIM Bill, it has been announced that the renowned Indian Institutes of Management (IIMs) will have complete autonomy to run their operations and from now onwards will be awarding award MBA degrees instead of PGDM diplomas to their graduates. The MBA degree from the prestigious institutes will be globally accepted without any need of parallel certificate. In addition, the bill is passed in the Parliament, and IIMs is declared as `institutions of national importance'.

In the Parliamentary session, it was proposed that top appointments in IIMs will be made by their board of governors instead of the President of India on the advice of the government. This move aims to ease the autonomy of the top management institutes in India. The current IIM Bill provides that IIMs are the chairperson and directors are selected by the board. Accordingly as per the provisions of the IIM Bill the MHRD or the President would have apparent role in selecting the top executives of IIMs like directors of Chairman BoG.

The IIM Bill also mentions that IIM Board of Governors will be appointed after an inquiry conducted by the person not below the rank of a High Court judge against a Director in case it is felt that an institute has not performed as per the provisions of the proposed Act and can also remove the Director of the IIM on the basis of the enquiry report. In addition, the Boards of Governors of IIMs would be empowered to evaluate the performance of the IIMs periodically.

Other matters such as giving the autonomy to decide the fee structure of the Institute has also been included in the bill. The proposed bill also includes provisions for reservation of studentsfrom various categories such as scheduled castes (SC), scheduled tribes (ST) and other backward classes (OBC) categories.

There are total of 20 IIMs in the country at present and it is for the second time that the HRD ministry is making an attempt to send the IIM bill to the cabinet.