In this article, you will get complete detailed solutions of IIT JEE Advanced 2017 Physics Paper-1. This paper will be helpful for those students who are going to appear for the exam next year. Previous year papers help the students to understand the pattern of the examination. Generally questions in JEE Main/Advanced are not repeated but the concept on which questions are being asked keeps on repeating year after year. The students must go through the complete paper in order to understand the examination pattern and the level of questions asked in the examination.

There are three sections in the paper as below:

Few fully solved sample questions from the Question Paper are given below:

Q. A circular insulated copper wire loop is twisted to form two loops of area A and 2A as Shown in the figure. At the point of crossing the wires remain electrically insulated from each other. The entire loop lies in the plane (of the paper). A uniform magnetic field  points into the plane of the paper. At t = 0, the loop starts rotating about the common diameter as axis with a constant angular velocity  in the magnetic field. Which of the following options is/are correct?

[A] The emf induced in the loop is proportional to the sum of the areas of the two loops, 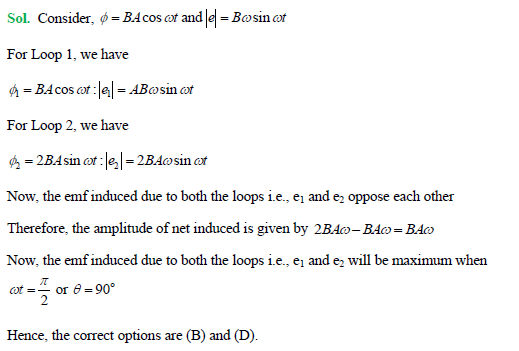 Q. A flat plate is moving normal to its plane through a gas under the action of a constant force F. The gas is kept at a very low pressure. The speed of the plate v is much less than the average speed u of the gas molecules. Which of the following options is/are true?

[B] The plate will continue to move with constant non-zero acceleration, at all times 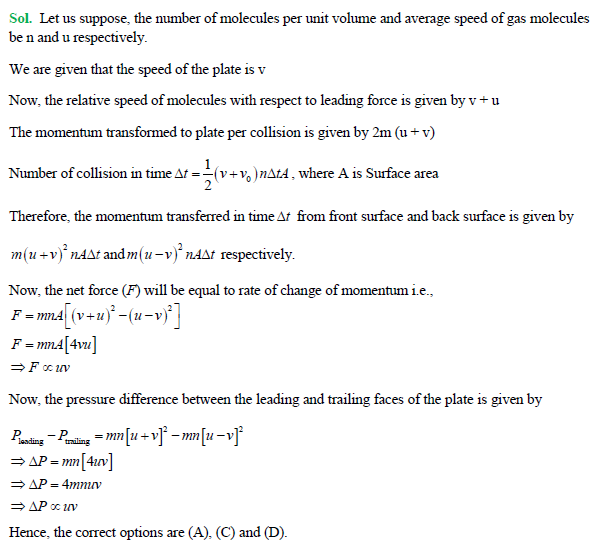 Q. A block of mass M has a circular cut with a frictionless surface as shown. The block rests on the horizontal frictionless surface of a fixed table. Initially the right edge of the block is at x = 0, in a co-ordinate system fixed to the table. A point mass in is released from rest at the topmost point of the path as shown and it slides down. When the mass loses contact with the block, its position is x and the velocity is v. At that instant, which of the following options is/are correct? 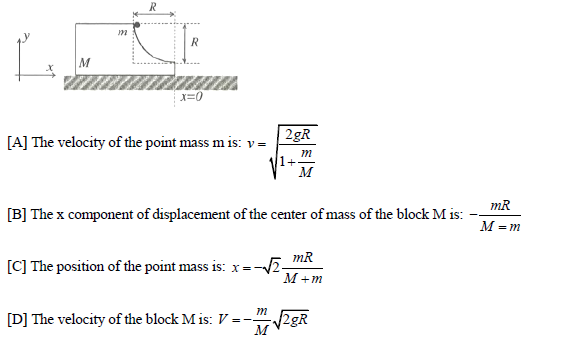 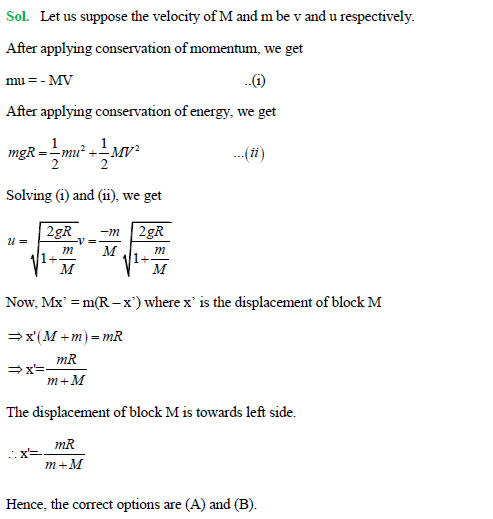