The following post comprises of the data about the seat availibility and the seat allotment in the IITs and ISM-Dhanbad after the final round of counselling of JEE Advanced-2014. 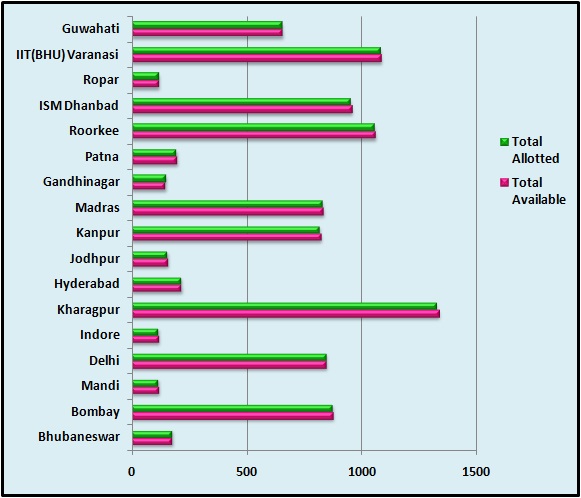