The following post comprises of the data on the relative performance of the candidates in the JEE Advanced-2014. 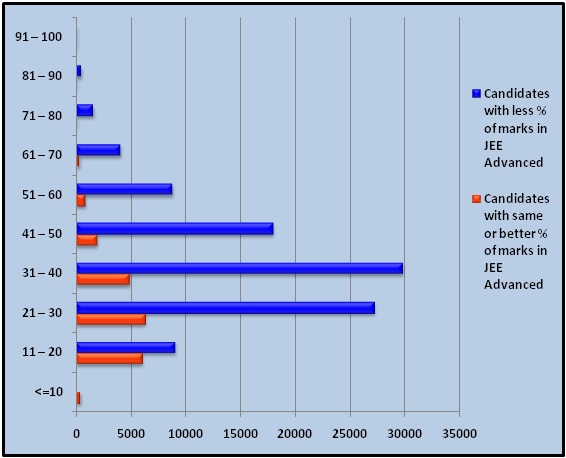