In this article you will get CBSE Class 10 Mathematics chapter 3, Pair of Linear Equations in Two Variables: NCERT Exemplar Problems and Solutions (Part-IVA). Every question has been provided with a detailed solution. All the questions given in this article are very important to prepare for CBSE Class 10 Board Exam 2017-2018.

Find below the NCERT Exemplar problems and their solutions for Class 10 Mathematics Chapter, Pair of Linear Equations in Two Variables:

Find the ratio of the areas of the two triangles formed by the lines representing these equations with the X-axis and the lines with the Y-axis. 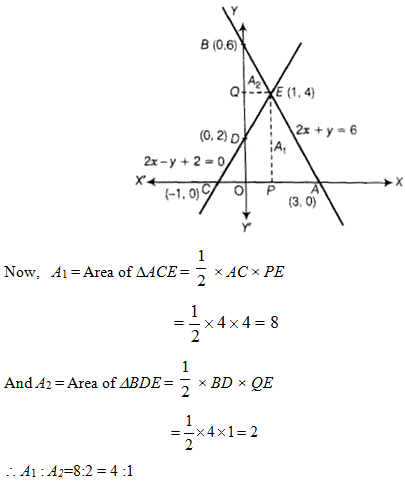 Hence, the ratio of the areas of the two triangles DACE and DBDE  is 4:1

Quesntion2. Determine graphically, the vertices of the triangle formed by the lines 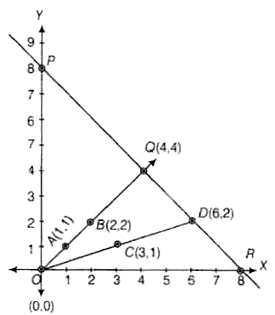 We see that lines OQ and OD intersect the line PR on Q and D, respectively. 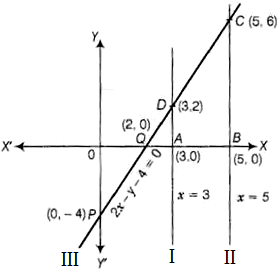 And cost of a pencil box be Rs. y.

On adding equations (i) and (ii), we get 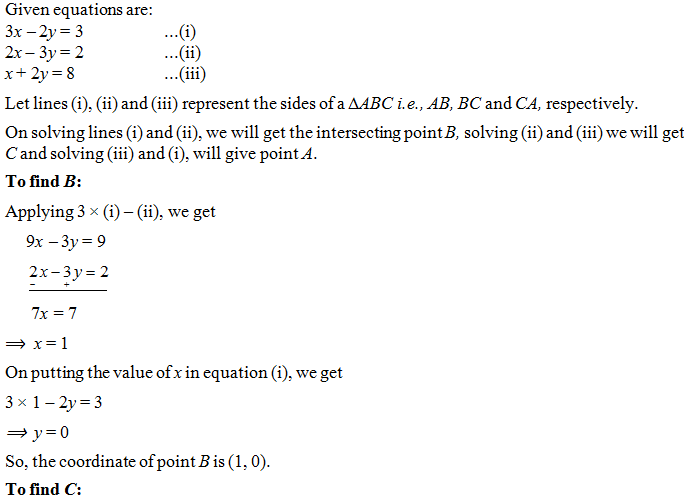 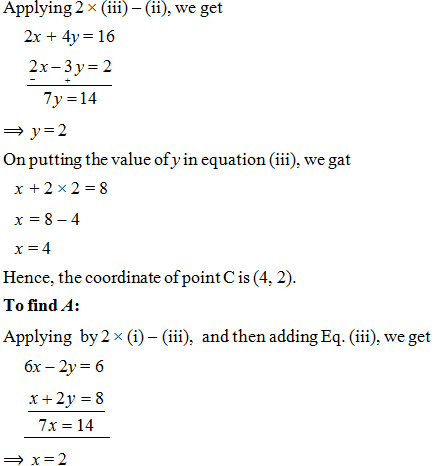 Let the speed of the rickshaw and the bus are x and y km/h, respectively. 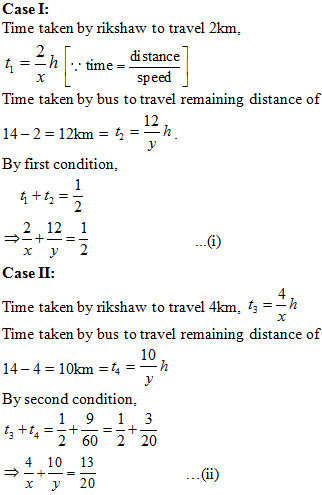 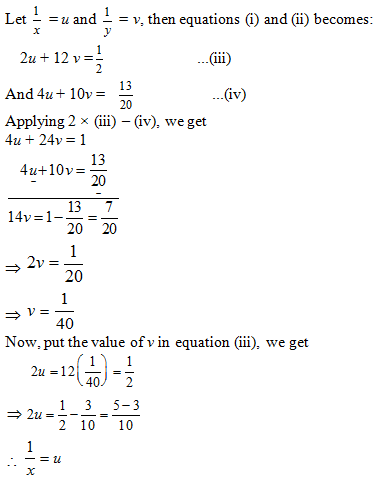