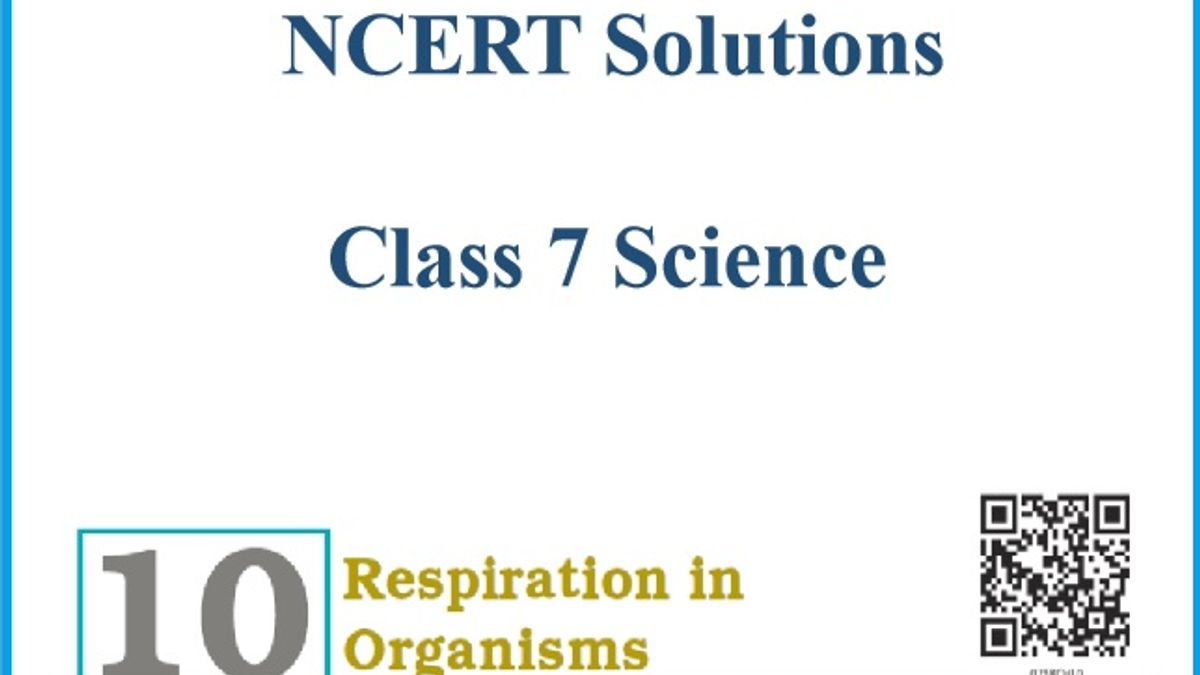 1. Why does an athlete breathe faster and deeper than usual after finishing the race?

An athlete consumes a lot of energy during running which is produced by oxidation of glucose. By breathing deeper and faster, the athlete is basically consuming more and more oxygen to meet his or her energy requirements.

2. List the similarities and differences between aerobic and anaerobic respiration.

3. Why do we often sneeze when we inhale a lot of dust-laden air?

By sneezing, our body tries to expel the dust particles from the air we inhaled so that only clean air enters our body.

4. Take three test-tubes. Fill ¾th of each with water. Label them A, B and C. Keep a snail in test-tube A, a water plant in test-tube B and in C, keep snail and plant both. Which test-tube would have the highest concentration of CO2?

The concentration of CO2 will be highest in test-tube A because snail takes oxygen and breathes out carbon dioxide. Whereas, plants take CO2 and produce oxygen.

(a) In cockroaches, air enters the body through

Option (i) is correct.

(b) During heavy exercise, we get cramps in the legs due to the accumulation of

person at rest is:

(d) During exhalation, the ribs

(i) During heavy exercise the breathing rate of a person slows down. (T/F)

(ii) Plants carry out photosynthesis only during the day and respiration only at night. (T/F)

(iii) Frogs breathe through their skins as well as their lungs. (T/F)

(iv) The fishes have lungs for respiration. (T/F)

(v) The size of the chest cavity increases during inhalation. (T/F)

8. Given below is a square of letters in which are hidden different words related to respiration in organisms. These words may be present in any direction— upwards, downwards, or along the diagonals. Find the words for your respiratory system. Clues about those words are given below the square. 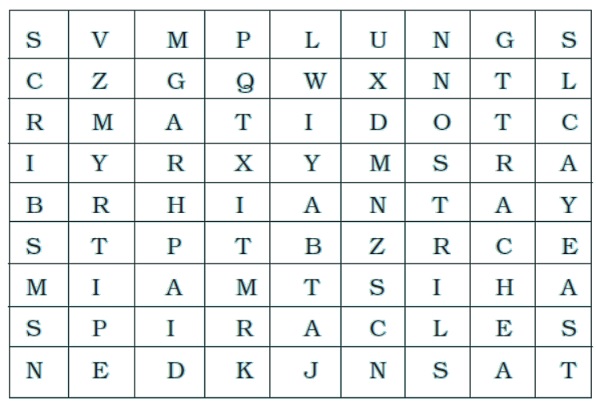 (i) The air tubes of insects

(iv) Tiny pores on the surface of leaf

(vii) The openings through which we inhale

(ix) An organism with tracheal system 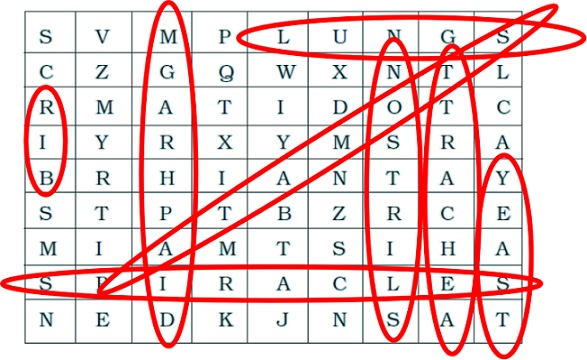 9. The mountaineers carry oxygen with them because:

(b) The amount of air available to a person is less than that available on the ground.

(c) The temperature of air is higher than that on the ground.

(d) The pressure of air is higher than that on the ground.

Option (b) is correct.