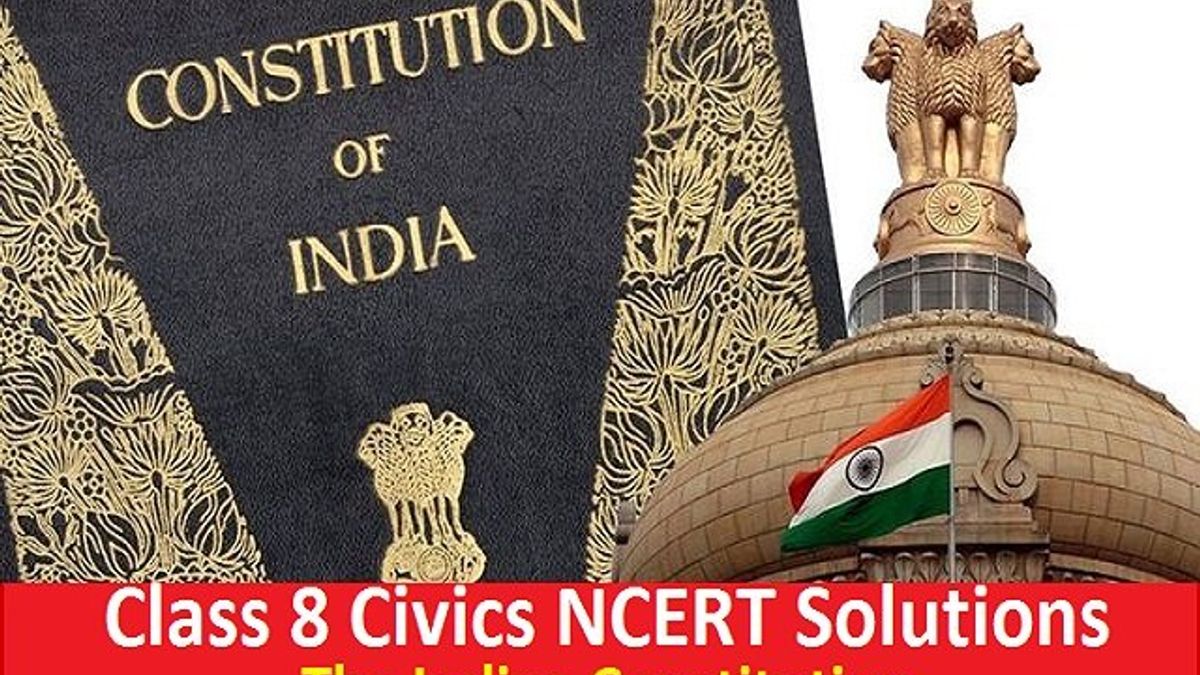 NCERT Solutions for Class 8 Civics Chapter 1 - The Indian Constitution are provided here for free PDF download. Get here the best explained answers to all questions given in the chapter 1 of the latest NCERT Civics Book of Class 8. Download all the questions and answers in PDF here.

1. Why does a democratic country need a Constitution?

A democratic country needs a Constitution because of the following reasons:

What is the difference in who exercises ‘Executive Power’ in the above two Constitutions of Nepal?

Article 35 of the 1990 Constitution of Nepal states that the whole powers to rule the country is vested in the king of the country and the ministers appointed under him.

3. What would happen if there were no restrictions on the power of elected representatives?

If there are no restrictions on the power of the elected representatives then the leaders might misuse their powers and authority. This would have resulted in gross injustice against the people of the country. Hence, the Indian constitution has provided measures to safeguard the country against such misuse of power by our political leaders.

Here, the 10 female teachers teaching in the school come under the minority category. It is important to respect the views of the minority so that they do not feel left out or underpowered by the majority. Moreover, no decision made keeping the majority's views in mind should cause any kind of discomfort to the female teachers.

(b) In a city, 5 percent of the population are Buddhists.

(c) In a factory mess for all employees, 80 percent are vegetarians.

Here, 20 percent non-vegetarians fall under the minority category. It is important that the food prepared in the factory mess must be prepared to fulfill the diet requirements of both vegetarians and non-vegetarians.

Here, the 10 students who do not belong to well-off families come under the minority category. It is important to respect their views and make sure that there is no kind of distinction or discrimination based on the financial backgrounds of students in the class. Various expenses required by the school should be adjusted in a way that the minority students do not feel left out or humiliated for not being able to pay the same.

5. The column on the left lists some of the key features of the Indian Constitution. In the other columns write two sentences, in your own words, on why you think this feature is important:

Download all the NCERT Solutions for Class 8 Civics Chapter 1 from the following link: