Narsee Monjee Institute of Management Studies (NMIMS) has announced the Exam schedule for the year 2016. Know more details of NMAT at jagranjosh.com

The examination schedule for the NMAT 2016 has been announced by the conducting authority. All the Test-takers should follow this schedule to register themselves in specified time provided by the window for registration. 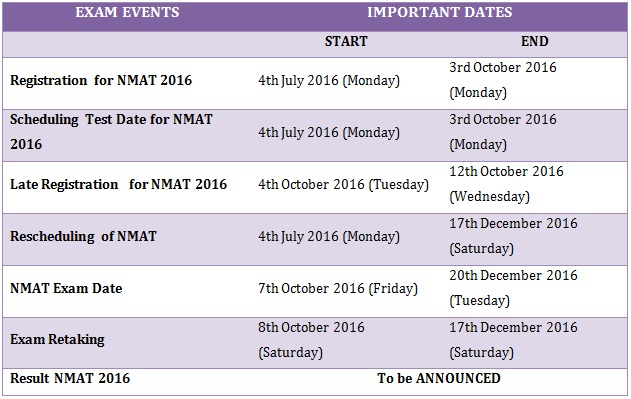 An NMAT test-taker can take the exam three times in a given admissions cycle. The scores of your best performance would be considered as the final score for the purpose of admission.

For further doubts and queries, visit the official website of NMAT.

For more information and details regarding NMAT 2016, keep visiting jagranjosh.com