Feeling Dejected? Check out these inspirational movies for they are bound to uplift your spirits. 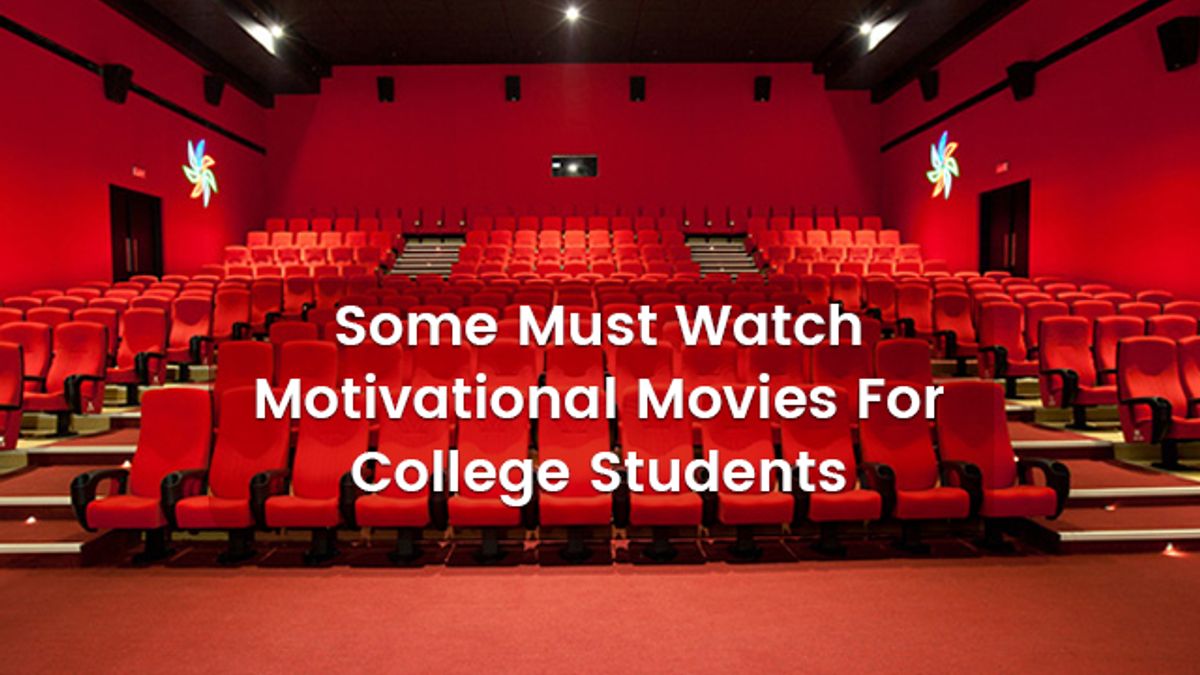 Some must watch motivational movies for college students

In everyone's life comes a moment when we feel dejected and lost. It doesn't matter at what stage of life you are in whether you are a student or a professional, just starting your career or at the peak of it the feeling of dejection can hit anyone. But rest assured it doesn't mean that this is the end. It simply means that you are a human being and prone to both success and failures. If at a simple obstacle you feel like giving up your dream/passion believing it to be an impossible task to achieve, then maybe that wasn't your passion at all. You were doing nothing but deceiving yourself with a false dream all along. However, if you find yourself at a lack of motivation here some very inspiring and motivational movies to boost your spirit and confidence.

The Pursuit Of Happiness

This Will Smith starrer movie, is an American Biographical Film based on the real life story of entrepreneur Chris Gardner. Directed by Gabriele Muccino, 'The Pursuit of Happiness' is one of the most heartwarming and motivational movie that one can come across. Will plays the role of Chris who goes on to become the owner of a brokerage house from being a homeless salesman, all with his sheer determination and will power to succeed. Another moving feature of this movie is the struggles faced by the father-son duo and the ensuing conversations that will move you in ways unimagined. If Gardner's determination to follow through with this dream even in the most impossible of situations cannot motivate you then nothing can.

All those Stephen King fans surely must know that may of his novels have been adapted into movies. But none would disagree that 'The Shawshank Redemption is one of the best movie adaption's of any of his novel. A truth very clearly evident in the fact that this movie has been topping the list of IMDb Top 250 List for years now. 'The Shawshank Redemption' is a soulful, uplifting and deeply touching tale of hope and preference. It motivates one to go on even during the darkest phase of their lives. And not to mention the amazing role that Tim Robin's played in the movie along with the heartfelt narration by Morgan Freeman.

The Good Will Hunting

In this movie Matt Damon plays the role of a 20 year old young man named 'Will Hunting' who works as a janitor at Massachusetts Institute of Technology (MIT). Will though a janitor, has an extraordinary talent for mathematics and chemistry. And by a fateful turn of events he meets Sean McGuire (Robin Williams) who is a community college instructor and a therapist. The story revolves around how Sean helps Will uncover his hidden talents. Interestingly the script was co-written by Matt Damon and Ben Affleck both whom played a role in the movie. The film goes on to inspire students to believe in themselves and discover their hidden talents.

5 books on friendship every college student must read

Dead Poet's Society an 1989 American Drama Film starring Robin Williams was written by Tom Schulman and directed by Peter Weir. In the movie William's played the role of a character of John Keating's, an English teacher who inspire his students with his unconventional and unorthodox teaching methods. He inspired them to challenge the societal confines and to seize the day through the lens of poetry. The story is set in the backdrop of a posh high school, and it kindles your creative flames while motivating you to find your own voice.

The Best Music Genre to Listen While Studying

Soul Surfer is true story based on the real life a teenage surfer Bethany Hamilton. The movie is bound to inspire in you a never give up attitude in life. It tells how Bethany lost an arm in the shark attack but even that was not a trouble enough to stop her from pursuing her dream of surfing. Where most people would have never gone back on a surfboard Bethany challenged her adversities and triumphed over them. Her story acts as a remainder to everyone of us that no matter how big the hardship if faced with enough determination it can be easily overcome. In short, we can achieve anything that we set out minds to.

There are times when you need to unwind and let go of the frustration building up within you. But rather than resorting to wrong means best watch ones of these movies on your laptop. These are some of the movies that you have on selves in your room. Liked this article? Please share it with your friends and peers to help motivate them to achieve their goals in life. For more such articles please visit, www.jagranjosh.com/college