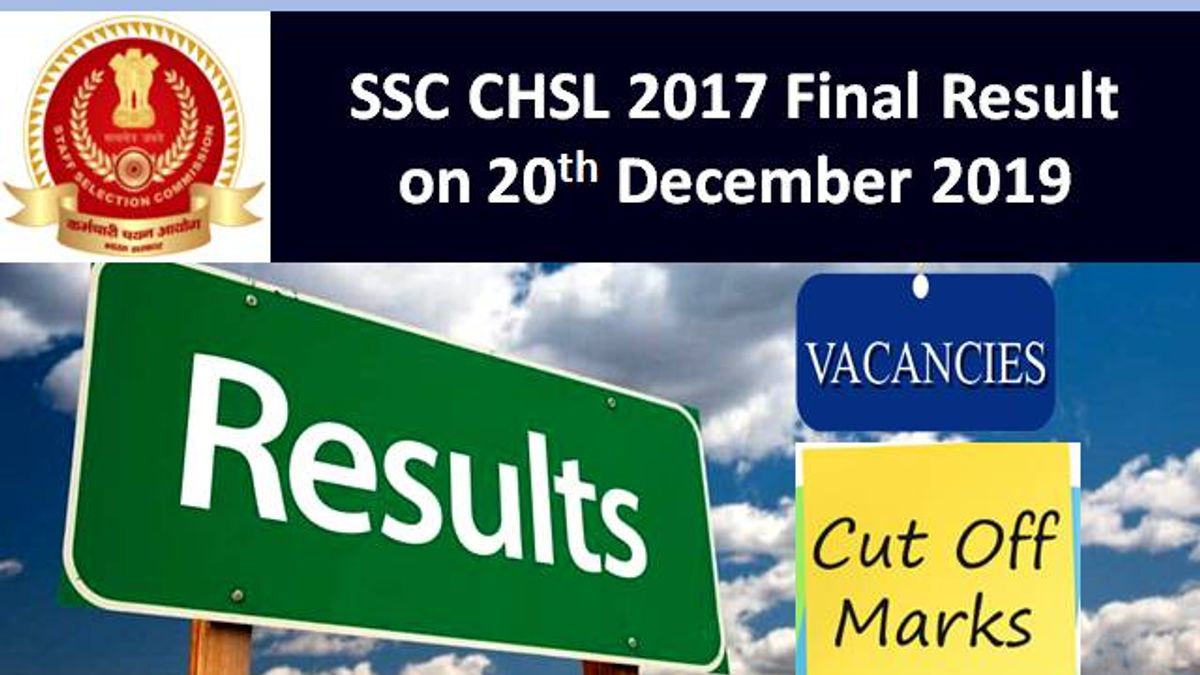 SSC CHSL 2017 results were postponed due to SSC CGL Paper Leak case and now the results are getting announced almost after 2 years of delay. SSC conducts CHSL (10+2) Exam every year for the recruitment of the various posts like Lower Division Clerk (LDC), Data Entry Operator (DEO), Junior Secretariat Assistant (JSA), Postal Assistant (PA) and Sorting Assistant (SA) Posts in different government organizations. Candidates who are 12th pass from recognized Board or University are eligible for the recruitment to these posts. Let’s have a look at the SSC CHSL 2017 Final Result Details:

The Commission has fixed the following cut-off on the error percentage in Skill Test:

As per the provisions of the Notice of Examination, allocation of Posts and Departments to the candidates has been made on the basis of merit-cum-‘order of preference’ of ‘Post+Department’ exercised by the candidates at the time of Document Verification, subject to fulfilling the required standards. The Tiers/ Skill Test considered for different posts are:

Tie cases have been resolved by applying the following criteria one after another in the given order, as applicable till the tie is resolved:

On 10th May 2019, SSC declared the CHSL Tier 1 + Tier 2 2017 Results on its official website.  As per the cut-off fixed by the Commission, below number of Candidates are shortlisted under different posts:

The SSC CHSL 2017 Tier-1 + Tier-2 Cut-off marks for different categories are as under:

* In addition to the UR candidates mentioned above, 22 SC, 01 ST, 235 OBC, 02 ExS and 04 OH candidates qualified at UR standard have been shown under their respective categories.

*In addition to the UR candidates mentioned above, 06 SC, 31 OBC and 01 OH candidates qualified at UR standard have been shown under their respective categories.