CBSE Class 12th Chapter, Surface Chemistry obtains 05 Marks. Experts of Jagranjosh.com offer the best practice material that covers all important questions so that students will not miss any portion while preparing for board exams or competitive exams. Consider the mentioned terms/questions at the time of studying.

•Explain the process of Tyndall effect and Brownian motion?
•How is a lyophilic sol different from lyophobic sols?
•Define-
a) Helmholtz electrical double layer
b) Zeta potential
c) Electro osmosis
d) Hardy-Schulze Rule with application
e) Kraft temperature
•Define the dispersed and dispersion medium with example?
•How are the emulsions of oil in water stabilized?
•Explain the process of emulsification?
•Explain the mechanism of clotting of blood?
•Why the sky look blue to us in a normal sunny day?
•Give Reasons-
a)How is the river delta formed?
b)Occurrence of rain if electrified sand is thrown opposite to the clouds from an aero plane.
c)What happens when sewage water is allowed to flow through a tunnel with metallic electrodes?
•Describe the mechanism of adsorption from solution?
•Analyze the observations of adsorption from solution phase?

•During adsorption, there is always a decrease in the heat of adsorption. Why it happens? Explain the mechanism of adsorption.
•What is the characteristics difference between physical & chemical adsorption?
•What is adsorption isotherm? 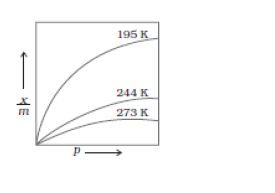 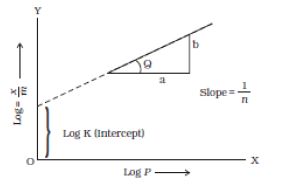 •What are the factors which control adsorption from gases & solutions on solids
•What are the applications of adsorption
•How catalyst helps in adsorption reactions
•What are homogeneous & heterogeneous catalysis
•What is shape selective catalysis? How it is carried out?

To Get the Guess papaers for First Term Examinations, Click Here 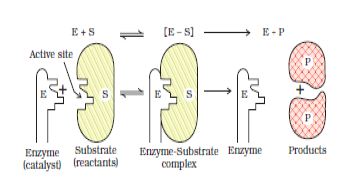 •What are colloids? On what criteria they are classified?
•Describe preparation and purification of colloids
•When a beam of light is passed through a colloidal sol, tyndall effect is observed. Explain some properties of colloids
•What is electrophoresis? 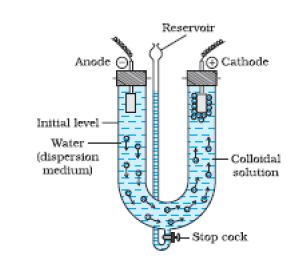 •How coagulation of lyophobic sols can be carried out?
•Classify emulsions and describe their preparation and properties;
•What are micelles?
•Explain the action of soap

•What is demulsification
•Do you know why sky looks blue? It’s because of scattering of blue light by the dust particles along with water suspended in the air. Give some more examples of colloids from daily life.
•List the application of colloids.