In Press Release issues by UPSC, it clarified that there has been no decision taken for the postpone of UPSC (IAS) Prelims Exam 2020 yet. Moreover, Union Minister Jitendra Singh spoke on the issue by sharing similar information.   Some other details have been shared on the various competitive exams due in the next few months in this notification. 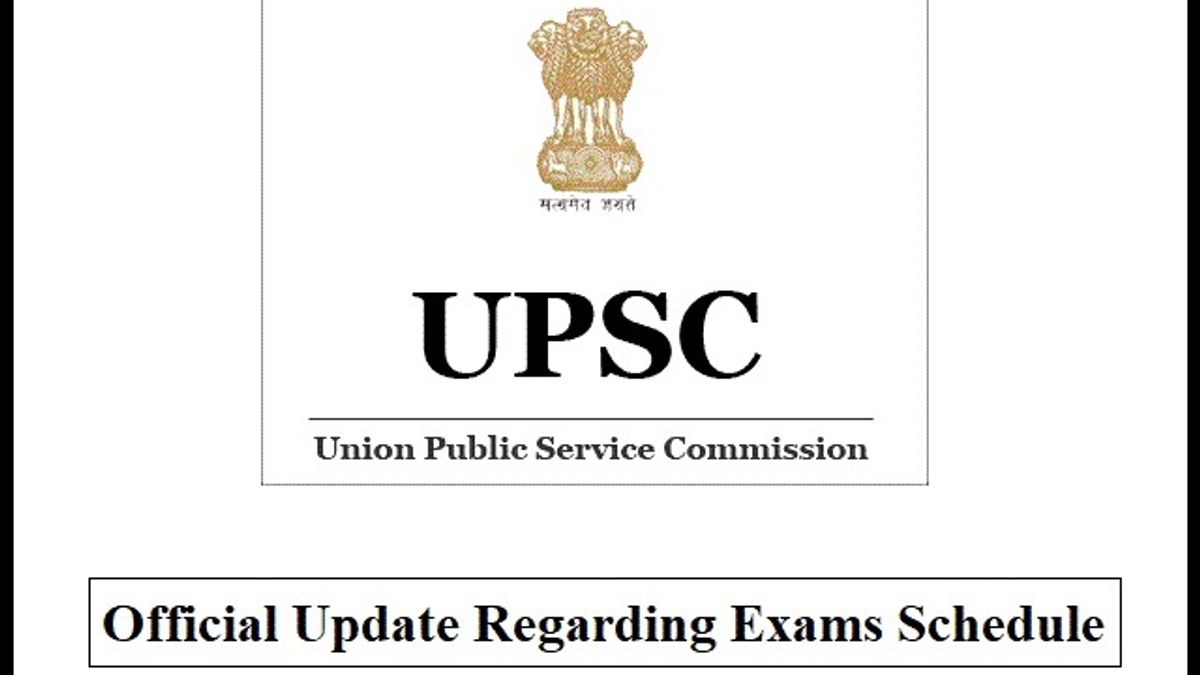 Corona Virus (COVID-19) outbreak in the country has put all the school, college as well as competitive exams in the country to a halt. Some important exams like UPSC (IAS) Prelims exam, CMS, NDA exams which are due in the next few months are in the dark matter for now. To clarify the status of this exam UPSC released a Press Release on its official website.

In a recent public notification released on April 15, UPSC stated various guidelines on the postponement and deferment of all the due exams in the upcoming months. The notification is being cited as a response to the extended lockdown period announced by Prime Minister Narendra Modi on April 14. Also, veteran Congress Leader Shashi Tharoor took up the topic on twitter requesting Union Minister Jitendra Singh to clarify Civil Service Aspirants about the exam date. Check the important details issued by UPSC in their Press Release:

The Civil Services 2019 Personality Tests (Interviews) that were supposed to be conducted between March 23 and April 3 were postponed by UPSC due to the nationwide lockdown. With the extension of the lockdown period till May 3, UPSC in its fresh notification has clarified that the interview dates for the remaining personality tests will be declared after May 3. 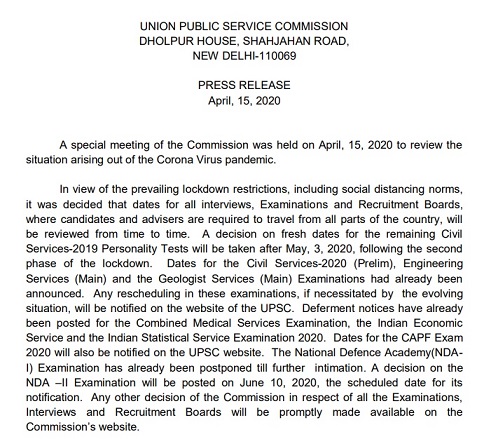 UPSC Civil Services Exam 2020 and Others

As per the official notification, UPSC has not clarified if the Civil Services exam will be postponed or not. The notification states that “Dates for the Civil Services-2020 (Prelim), Engineering Services (Main) and the Geologist Services (Main) Examinations had already been announced. Any rescheduling in these examinations, if necessitated by the evolving situation, will be notified on the website of the UPSC.”

It further states that “Deferment notices have already been posted for the Combined Medical Services Examination, the Indian Economic Service and the Indian Statistical Service Examination 2020. Dates for the CAPF Exam 2020 will also be notified on the UPSC website.”

No clarification has been given on the next date for the UPSC NDA (I) exam. However, the press release states that the decision on the NDA (II) exam will be posted on the Commission’s official website on June 10, 2020.

Along with the clarification on various examinations, the press release also stated the UPSC’s contribution to the national welfare in the time of the Pandemic situation in the country. As per the Press Release the UPSC Chairman, as well as members, have decided to voluntarily forego 30% of the basic pay received by them from the Commission for a period of one year, with effect from April 2020.

Also, the officers and staff members working at the commission will donate one day’s salary to the PM CARES Fund.

The notification is being cited as a responsible step from the Commission but aspirants are still anxious about the exam dates which is hampering their study schedule. Aspirants are hoping for a concrete clarification on the exam date for Civil Services as well as other important exams soon.