To strengthen your word list, below is an article taken from a leading newspaper ‘The Hindu’ (dated January 30th, 2017). The challenging words are highlighted in bold along with their synonyms, antonyms, and how they are used in the form of a sentence. Read it yourself and notice the difference! 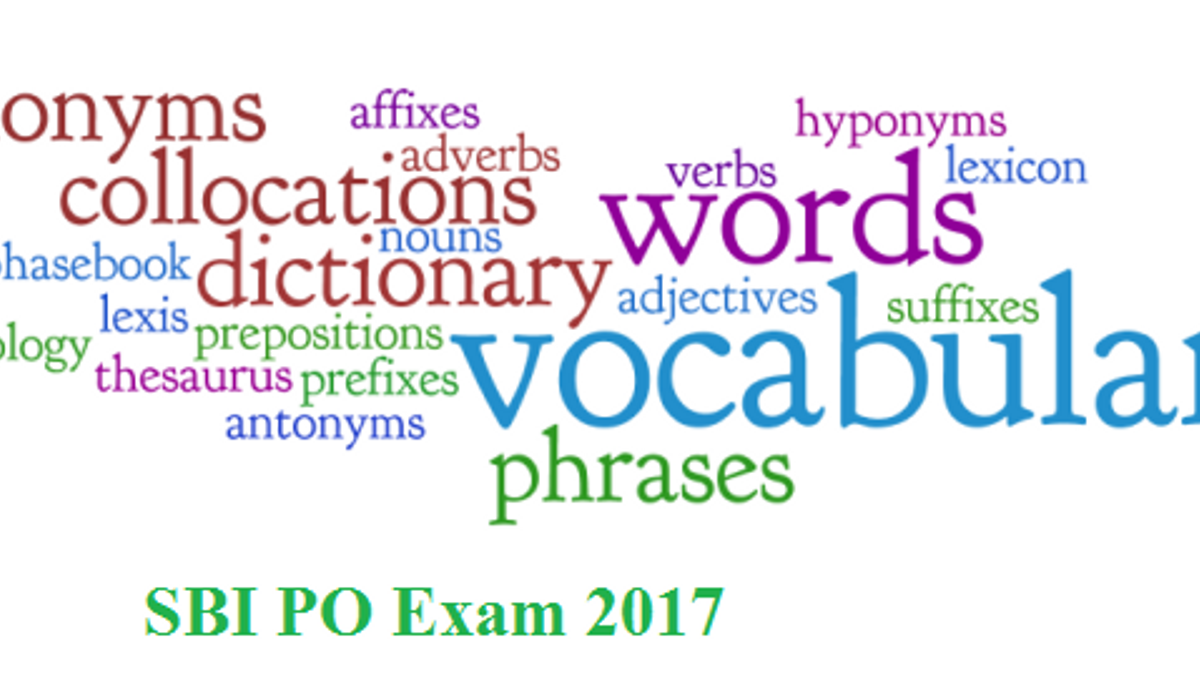 Even though we speak sentences but these sentences are made up of words. There is no need to be an expert in it but you should be logical enough to figure out the meaning and usage of a word in the particular sentence. If you are not in a position to read the fancy books from the bookstores then look for simpler options to enrich your vocabulary. Newspapers are the cheapest, simplest and the best source of getting information along with enriching your vocabulary.

Article: ‘Gandhi for our troubled times’

I once asked my students at Jindal Global University about Mahatma Gandhi’s relevance in today’s India. “Gandhi is only a name and an image in India today,” they commented coldly, as if I had been taken in by a romantic view of India which lived the Gandhian non-violence as a Utopian dream far from the harsh reality of the everyday life of Indians.

This may be true, I thought. Yet, even if there is an ounce of truth in this argument, we need to be reminded that Gandhi has been more appreciated, read and practiced seriously outside India than among the last two generations of Indians. Moreover, he remains a towering figure who seems as fascinating as he was when he was assassinated by Nathuram Godse. The impact of his philosophy of non-violence in inspiring leaders of the 20th century such as Khan Abdul Ghaffar Khan, Martin Luther King Jr., Nelson Mandela and Václav Havel is the expression of a momentous mode of political thinking that can be invoked as a Gandhian moment.

Therefore, Gandhi’s success as a universal gadfly goes far beyond his national stature as the founding father of modern India. As such, his universal message could be measured by his immense impact on all forms of dissent against unjust regimes — this includes India — in the past half-century. As such, Gandhi has become a part of the moral conscience of humanity. His name and achievements symbolise a sense of revolt against injustice. That is to say, a proper appreciation of Gandhi’s relevance can only be made against the backdrop of his civic philosophy of dissent. Also, let us not forget that Gandhi’s critique of modern civilisation in Hind Swaraj is one of the greatest Socratic gestures of intellectual self-examination in the history of modern political thought. It is all the more necessary to point out that Gandhi’s critical attitude toward modern civilisation is an effort in asking the right questions at the right time about whole inherited ideas on thought and action. The Gandhian audacity of asking questions on what the western world presents as universal truths is, therefore, tied to a specific historical context in which this self-examination finds its meaning. As such, it happens that Gandhi is a non-professional philosopher who asks philosophical questions and helps us to understand the implications of how these ideas can change the world. In other words, he is a public gadfly who does not conform himself to any orthodoxy, western or Indian.

Such an attitude of mind is represented by Gandhi’s Socratic revolution: self-examination accompanied by a self-transformation of society. Gandhi’s legacy also exemplifies another Socratic aspect which is absent among most of the political leaders today: courage. He believed that when fighting injustice, the actor must not only have the courage of his/her opinions but also be ready to give his/her life for the cause. As writer George Woodcock says, “The idea of perishing for a cause, for other men, for a village even, occurs more frequently in his [Gandhi’s] writings as time goes on. He had always held that satyagraha implied the willingness to accept not only suffering but also death for the sake of a principle.” Gandhi’s dedication to justice in the face of death is an example of his courageous attitude of mind as a Socratic gadfly. Further, one can find in Gandhi a readiness to raise the matter of self-suffering as public policy. He felt an increasing loneliness in the role of the super-satyagrahi which he had assumed. Loneliness is one of the fundamental features of a Socratic gadfly, who is always expected to take a position independent of those in power and sometimes in direct opposition to the opinions of the larger society. As a matter of fact, Gandhi’s moral power, like Socrates’s irony, masks an autonomous individual who is often lonely because of his attentiveness to the moral disquiet within him. Gandhi’s nobility of spirit in the face of populism is a timely reminder of how imaginatively the act of dissent can become a way of questioning, changing the world as well as oneself.

A vision by creating possibilities

When confronted by mobs or public authority, Gandhi did not adopt a policy of self-censorship. He had no fear of the power of the state or of a tyrannical crowd. It is this state of mind which we can find as the underlying motto of Gandhi’s political and intellectual life. Gandhi had no tragic sense of politics, but he knew which battles to fight and which ones to let go. In the manner of Socrates, he was aware of the fact that philosophy and the city need each other and benefit each other, even if there is a distinction between the concerned and critical gadfly and those playing a role to preserve a corrupted power. That is why, for both Socrates and Gandhi, the process of dialogue and ceaseless questioning is considered as the most dissenting and productive thinking of gadflies in the public space. As such, Gandhi was able to define a new vision of independent India — not by a nostalgic return to the past, but by creating the possibilities of a critical public culture in India.

The idea of struggling for truth and resisting evil, after all, provides us with one of the most brilliant examples of Gandhian critical thinking and public questioning. Questioning in this context is the non-violent process of speaking up against power while withstanding tyranny and silencing. In other words, Gandhi’s main concern is not with ahimsa as kindness and gentleness. He is talking of non-violence as a brave act of dissent. “My non-violence is not merely kindness to all living creatures,” wrote Gandhi in his journal Harijan. “Ahimsa is the highest ideal. It is meant for the brave, never for the cowardly. To benefit by others’ killing and delude oneself into the belief that one is being very religious and non-violent is sheer self-deception.” As a matter of fact, taking into consideration Gandhi’s life, Satyagraha rests on a philosophical belief that non-violence is a struggle against wickedness and hypocrisy. Moreover, it is the highest form of moral intervention against falsehood and injustice in the public space.

Leadership as a true form

Therefore, more than just being a historical moment, questions which were addressed by Mahatma Gandhi to his contemporaries find their full relevance in our times of political populism and moral hypocrisy. Though Gandhi propounded no Platonic or Machiavellian theories of political leadership, he personified a moral and dialogical leadership behaviour widely acknowledged as a true form of interconnectedness and service to others. Undoubtedly, this is the true lesson of Gandhi’s political life, where moral conviction and sense of duty to others go hand-in-hand. He strived to live a life in politics which promoted moral values that transcended self-interest and political arrogance. This idea of transformative leadership as an ethic of freedom is a distinctive feature of Gandhi’s political philosophy.

As such, in Gandhi’s ideal of democracy many of his core beliefs and arguments such as moral growth of the individual, the primacy of the spiritual in non-violent action and the interdependence of all departments of life came together. But how did Gandhi expect these principles to work in everyday life? He had come to the conclusion that democracy, like any other aspect of social and political life, would not function in the framework of a meaningless civilisation with no sense of ethics and spirituality. In other words, his idea of democracy is understood as a means to fulfil one’s civic duty as an individual participating in a community and as an end to be attained through moral and political resistance to all forms of centralisation of power.

This is where Gandhi’s conception of democracy becomes relevant to us and significant to contemporary democratic theory. Needless to say, Gandhi’s approach to politics in terms of “resistance” and “protest” beyond a conception of domination over others provides a potential antidote to the contemporary crisis of democracy. With this in mind, Gandhi can be said to be oriented towards reinventing politics as a capacity for self-realisation and self-transformation of society. Maybe this is why each time I read a page of Gandhi I am tempted to go back to my students and ask them to revisit him as an invaluable thinker and moral guide amid the great political problems and the cultural confusions of India and the world in which we live.

Sentence: A government cannot run under any utopian ideology.

Sentence: The clouds grew denser and covered the towering cliffs of the city of Manhattan.

Sentence: Trump’s winning the election will definitely bring a period of momentous change in the Indo-US relation.

Sentence: He is a gadfly person since he always questioned the superstitious beliefs of society.

Sentence: There is an unusual fact that the Japanese happen to be of shorter stature as compared to Chinese or Koreans.

Sentence: the opposition has always conveyed their dissent over the GST bill.

Sentence: He had the audacity to whistle at the girls in front of the policemen.

Sentence: When an institution gets AICTE affiliation, they can serve as an autonomous institution.

10.Tyrannical (adjective) (अत्याचारी): is someone who is unjustly cruel, harsh or severe in attitude.

Sentence: The ruling of Saddam Hussain is a sheer example of a tyrannical government.

Question (1-5): Answer the following as directed.

Explanation: The given word refers to make someone believe something that is not actually true. From theabove-given options, option (3) is a right choice as the synonym of the word.

Explanation: The given word refers to peers who are roughly of the same age.Hence, from the given option (1) is the correct choice as the synonym of the word.

Explanation: The given word refers to an act of being found to be guilty of a particular crime. So, from the given options, option (2) is an apt choice as the synonym of the word given in the options.

Explanation: The given word refers to succeed in achieving something. Hence,from the given options, option (4) is the right choice as the synonym of the word given in the options.

Explanation: The given word refers toa medicine which is taken or given to counteract a particular poison or disease. Therefore, from all the above options, option (3) is the right choice as the synonym of the word given in the options.

Word of the Day

Meaning (English) – is something which lasts for a very short time.

Example – Fashions are ephemeral but the style is permanent.