The announcement was made by the Chair of the Norwegian Nobel Committee, Berit Reiss-Andersen.

Ethiopian Prime Minister Abiy Ahmed Ali has been recognized with the highest peace honour for his efforts to achieve peace and international cooperation, especially for his active role in resolving Ethiopia’s border dispute with neighbor Eritrea. 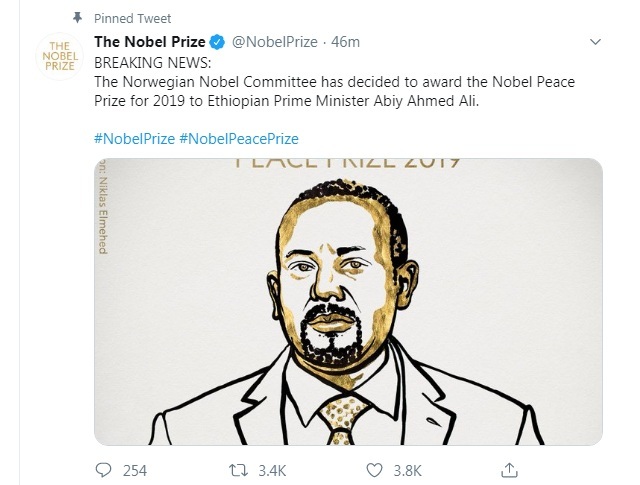 The 2019 Nobel Peace Prize has been awarded in recognition of all those who have contributed towards the peaceful reconciliation in Ethiopia and in the east and north-east African regions.

The Ethiopian PM, Abiy Ahmed Ali had in close cooperation with the President of Eritrea, Isaias Afwerki secured a peace agreement to end the long-drawn standoff between Ethiopia and Eritrea. 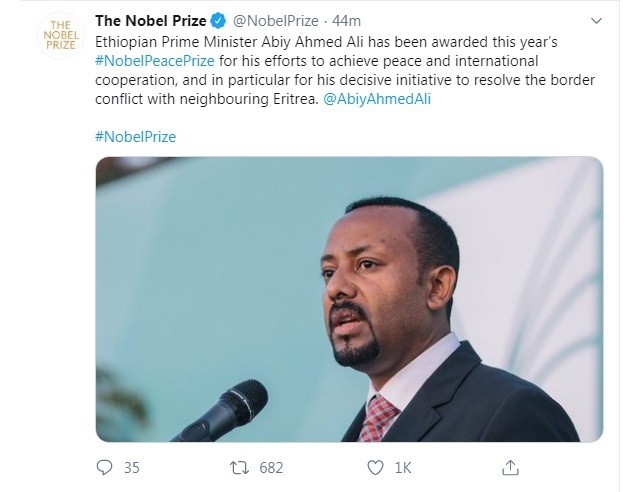 The Nobel Committee decided to recognize Abiy Ahmed Ali’s efforts with the hope that it will strengthen his work towards further peace and reconciliation.

Abiy Ahmed Ali is the first Nigerian to ever receive a Nobel Prize.

The 2018 Nobel Peace Prize was awarded jointly to Denis Mukwege and Nadia Murad to recognize their efforts to end the use of sexual violence as a weapon of war.