To name a few, winners of Sahitya Akademi Awards 2018 include Sanjib Chattopadhyay for Bengali, Anees Salim for English, Sharifa Vijliwala for her essays in Gujarati, Chitra Mudgal for Hindi, and  S Ramesan Nair for his poetry in Malayalam. 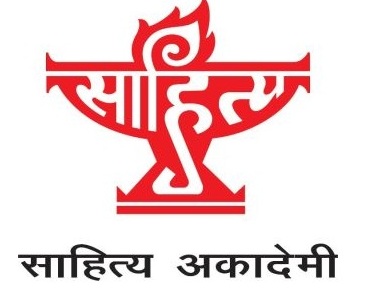 India's national academy of letters, Sahitya Akademi on January 29, 2019 presented the Sahitya Akademi Award 2018 to 24 writers. The awards were given for 24 different Indian languages.

Sahitya Akademi President, Chandrasekhar Kambar presented these awards at a function in New Delhi during the Festival of Letters, organised by Sahitya Akademi. 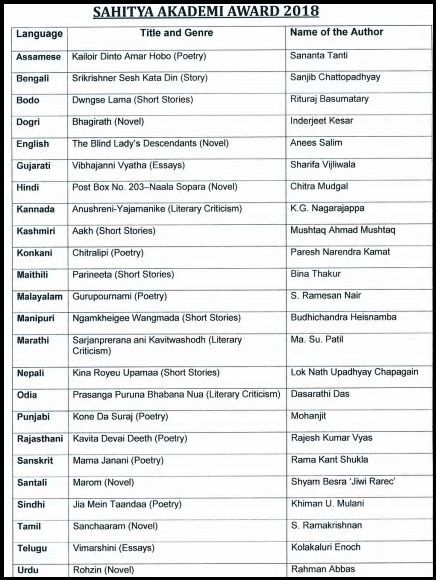 AAKH, a collection of eighteen short stories, was published in 2012 and had earlier bagged the best book award in Kashmiri at the state level from State Academy of Art, Culture and Languages for the year 2014.

The awardees were recommended by distinguished jury members representing 24 languages and were approved by the Executive Board under the chairmanship of Dr. Chandrashekhar Kambar, the President of Sahitya Akademi.

• Sahitya Akademi award is a literary honour that is conferred annually on Indian writers for their outstanding works of literary merit.

• The award, established in 1954, is given on books of literary merit written in any of the major languages of India.

• The award is presented in the form of a casket containing an engraved copper-plaque, a shawl and a cheque of Rs 1 lakh.

• Indian film-maker Satyajit Ray is the designer of the plaque awarded by the Sahitya Akademi.