What is the Assam-Mizoram Border Dispute?

Assam-Mizoram boundary dispute is not new and has been suppurating for more than 50 years now. 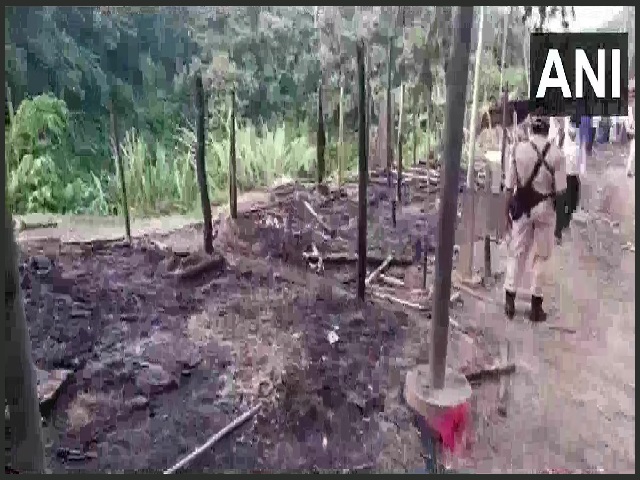 Earlier, a similar clash took place between Karimganj (Assam) and Mamit (Mizoram) border areas on October 9, 2020, after Assam officials reportedly burnt down a farmhouse and crops.

What led to the recent clashes?

As per Mizoram's civil society groups, the locals of Lailapur village, Cachar district, Assam have pelted stones on the on-duty personnel of Mizoram Reserve Battalion.

On the other hand, these charges have been refuted by the Police Officers of Assam. They state that a group of unidentified miscreants from Vairengte, Kolasib district of Mizoram burnt shops and hutments along the National Highway-306 (earlier NH-54) in Lailapur.

Many believe that the incident is the outcome of the demolition of the makeshift hut which was used by the local volunteers near Saihapui V. The village is located near to Vairengte (Mizoram) and adjacent to Karimganj (Assam).

Amid the pandemic, these local volunteers were keeping a check on the movement of the people. The incident as described by the Mizoram civil society groups is a fight between illegal immigrants from Bangladesh. They have not described it as Assam vs Mizoram heat up.

The border dispute between Assam and Mizoram exits since the colonial era when the British Administration demarcated the inner lines on grounds of administrative needs.

Assam was granted the status of a constituent state in 1950, losing its territory to the newly formed states within its border areas between the 1960s and the 1970s.

On the other hand, Mizoram (earlier Lushai Hills) was part of Assam which was later carved out as a Union Territory and later achieved statehood in the year 1987 via the State of Mizoram Act of 1986.

The two states share an inter-state border of 164.6 km. Cachar, Hailakandi and Karimganj districts of Assam shares border with Kolasib, Mamit and Aizawl districts of Mizoram.

The boundary between the two states is a naturally occurring border having rivers, hills, valleys and forests. Many times, the residents of the border areas cross to the other side as the border demarcation is not-so-clear.

The Government of Mizoram is of the view that the boundary should be demarcated as stated in the 1875 notification, derived from the Bengal Eastern Frontier Regulation (BEFR) Act, 1873, while the Government of Assam believes that the 1933 demarcation must be followed.

The dispute between the two states is due to these demarcations.

During the colonial rule, Nagaland, Arunachal Pradesh, Meghalaya and Mizoram were the part of Assam which got separated one by one forming new states. Currently, Assam has boundary clashes with all of them.

Boundary clashes between Assam and Nagaland

Nagaland and Assam share a boundary of around 500 km. Nagaland achieved statehood in the year 1963 and was formed out of the then North-East Frontier Agency. Since 1965, Assam and Nagaland borders have witnessed violent clashes and armed conflicts. The border dispute is still on in the Apex Court of India.

Boundary clashes between Assam and Meghalaya

Assam and Meghalaya share a boundary of 844 km. Meghalaya became an autonomous state (comprising United Khasi and Jaintia Hills and the Garo Hills districts) within the state of Assam in 1970 and in 1972 it achieved statehood. The two states have 12 areas of disputes as per the state government of Meghalaya.