Ease of Doing Business 2020 is a report published by The World Bank to 'Compare Business Regulation in 190 Economies'. India has ascended 17 notches, ranking at 63rd position in the said report. 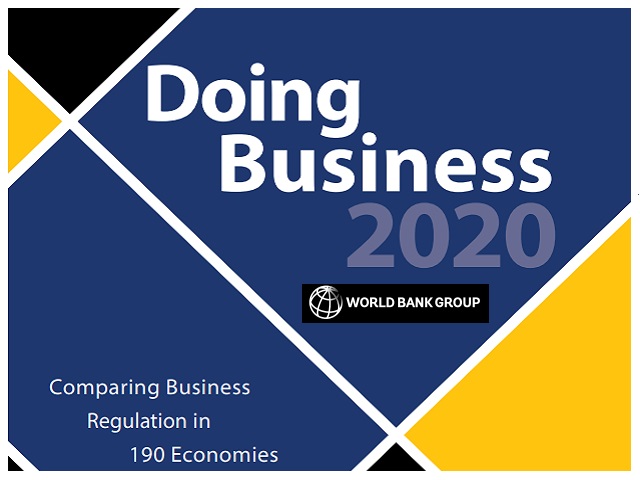 The World Bank has released its 17th annual report on 'Ease of Doing Business 2020' to 'Compare Business Regulation in 190 Economies'. India has ranked at 63rd position in the said report published by The World Bank.

The Ease of Doing Business 2020 features three case studies-- business regulatory reforms such as starting a business, getting credit, paying taxes, and resolving insolvency; contracting with the government, and employing workers. 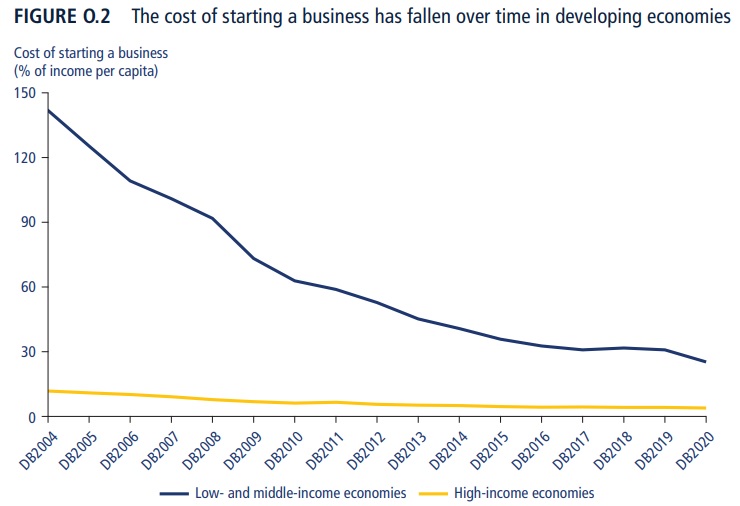 1- Saudi Arabia, Jordan, Togo, Bahrain, Tajikistan, Pakistan, Kuwait, China, India, and Nigeria are the economies with the most notable improvement in Ease of Doing Business 2020.

3- Saudi Arabia is the most improved economy in Ease of Doing Business 2020, with a total of eight reforms.

Ease of Doing Business 2020: What does the data show?

1- The Ease of Doing Business 2020 data suggests that a considerable disparity persists between low- and high-income economies on the ease of starting a business.

In the year 2015, the Government of India aimed at joining the 50 top economies on the 'Ease of Doing Business' ranking by 2020. Prime Minister Modi led administration targeted all the areas measured by Doing Business, with a focus on paying taxes, trading across borders, and resolving insolvency making a substantial leap upward. The reform measures by the Central Government raised India's Ease of Doing Business ranking from 130 in 2016 to 63 in 2020.

As per a report by Freedom House on Freedom on the Net 2020, India has ranked at 51st position. The report also labelled India’s internet as 'partly free'.

As per a report by Fraser Institute, Canada on Global Economic Freedom Index 2020, India has ranked at 105th position. The report was released in September 2020.

As per a report by Reporters Without Borders (RSF), India ranked at 142nd position out of 180 countries/territories. The report was released in April 2020.