Jawaharlal Nehru was a great leader and played a significant role in India's Independence movement. After independence, he became first Prime Minister of India. In this article, we are providing questions and answers on Jawaharlal Nehru’s early life, political journey, and major works. 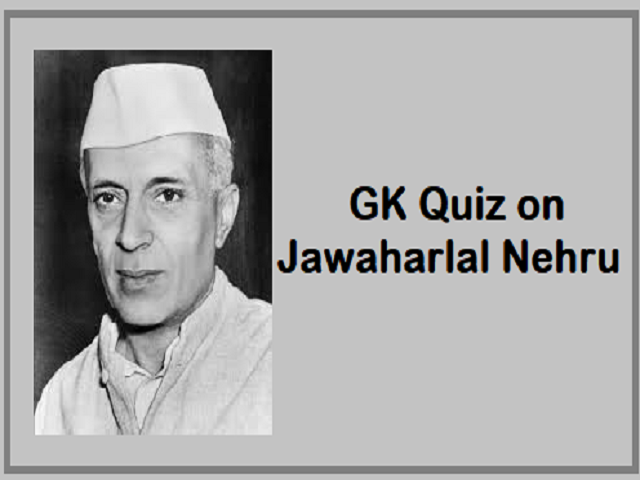 Jawaharlal Nehru laid the foundation of modern India. He is also known as Chacha Nehru. He established several economic, social and educational reforms. After his death, his daughter, Indira Gandhi and grandson Rajiv Gandhi later served as Prime Ministers.

8.  Which newspaper was started by Jawaharlal Nehru?
A. New India
B. National Herald
C. Both A and B
D. Neither A nor B
Ans. B
Explanation: The National herald is an Indian newspaper. It was founded by India's first Prime Minister Jawaharlal Nehru in 1938 and published by the Associated Journals Ltd. The founder of New India was Annie Besant.

10. Name the words used by Jawaharlal Nehru while giving a speech on the eve of India's Independence?
A. 'Tryst with destiny'
B. 'Freedom for the nation'
C. 'Indian Constitution importance'
D. None of the above
Ans. A
Explanation: Jawaharlal Nehru used the words 'Tryst with Destiny' while delivering a speech on India's Independence as the first Prime Minister to hoist the flag from Lal Quila (Red Fort).

These are some questions and answers with an explanation on Jawaharlal Nehru’s life political journey, and major works, etc. It may be helpful for the preparation of upcoming exams.