The Gulf Stream is a warm and swift Atlantic Ocean current that originates in the Gulf of Mexico and stretches to the tip of Florida, and follows the eastern coastlines of the United States and Newfoundland before crossing the Atlantic Ocean. In this article, we have discussed about how Gulf Stream impact the worldwide weather pattern , which is very useful for the competitive examinations like UPSC-prelims, SSC, State Services, NDA, CDS, and Railways etc. 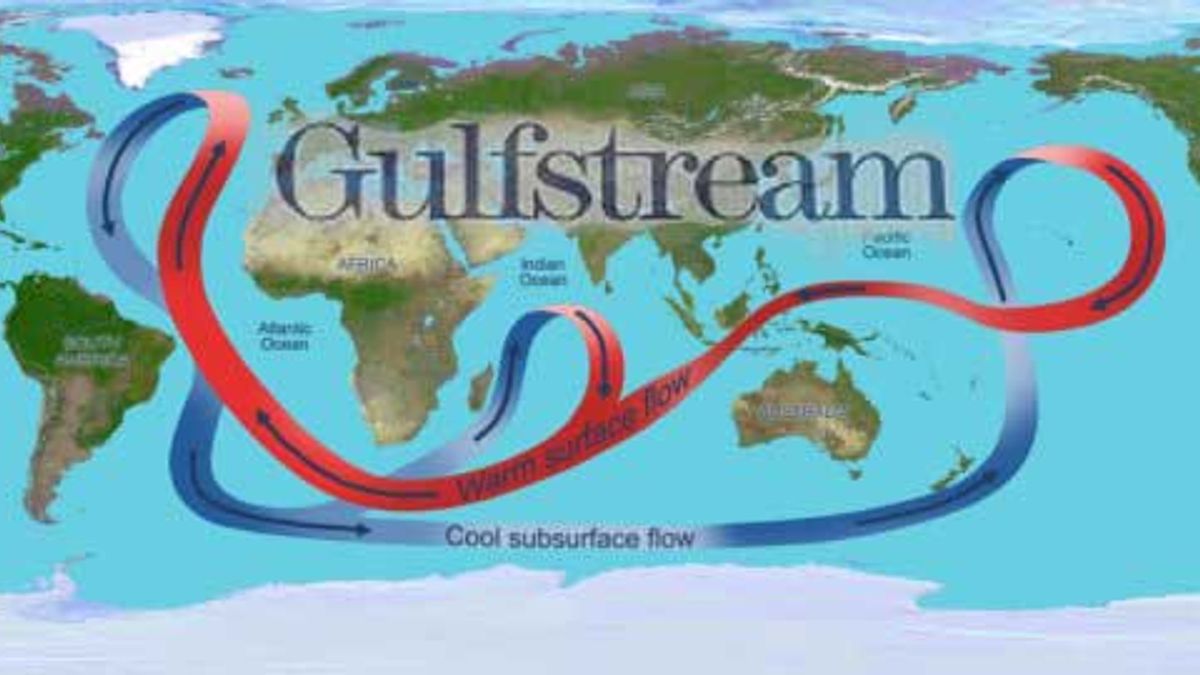 The Gulf Stream is a warm and swift Atlantic Ocean current that originates in the Gulf of Mexico and stretches to the tip of Florida, and follows the eastern coastlines of the United States and Newfoundland before crossing the Atlantic Ocean. It is referred to as a western boundary current. It was discovered by the Spanish explorer Juan Ponce de Leon in 1513 AD when he was travelling from Caribbean to Spain. Benjamin franklin mapped the current in 1786 AD.

1. It is western-intensified current which is driven largely by wind stress.

2. It is laden with warm water and travel from the north-east across the Atlantic which makes Northern Europe warmer.

3. Its warming effect led to the formation of tropical cyclones and sometimes it also increases the intensity of cyclones.

How Gulf Stream impact the Weather pattern and Climate around the World?

It is one of the strongest ocean currents in the world and its existence continuously changes the scope of the weather pattern and climates of the continents. It can affect local storm systems that form or meander off the coast. For Example- It feeds and intensifies the hurricanes and tropical storms which gain strength when passing over warmer waters.

It influence the climate of the east coast of Florida, specially southeast Florida where the current meets and begins its path up the coast, helping to keep temperatures warmer than in the rest of the south-eastern United States during the winter.

It has significant impact on the Europe especially in England and British Isles. Because of this stream Britain and Ireland have pleasant climates. The slightest disruption in the Gulf Stream, whether it's a change in direction or a change in strength, can have unusual consequences in a variety of regions.

As Gulf Stream has far reaching impact on global climates and weather pattern, the oceanographers and meteorologists around the world pay particular attention to any suspicious changes in its condition or temperature, particularly in contemporary when the effect of global warming has come to global attention.