India-China Nathu La Battle 1967: Here's what you need to know about the last Sikkim Standoff

India-China Nathu La Battle 1967: On June 15, 2020, the violent clashes took place between India and China in the Galwan region. Before this incident, the last India-China military skirmish that took place was in 1967. 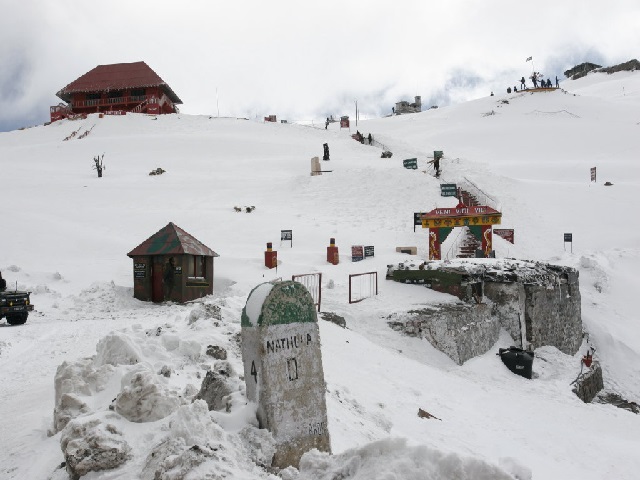 Before the violent clash on June 15, 2020, the last India-China military skirmish took place at Nathu La in September 1967. The scuffle between the soldiers of the two nations escalated to artillery guns and threats of fighter jets. In the 1967 violent clash, 88 Indian soldiers were martyred while 300 Chinese soldiers were killed.

The 1967 incident marked the last casualties between India and China in the Sikkim region. As per Major General Sheru Thapliyal (retd.), who was posted in Sebu La in 1967 that Chinese were at discomfort with Sikkim being an Indian protectorate with the deployment of the Indian Army.

5 key reasons behind India-China standoff at the Galwan Valley

Nathu La pass is present on the watershed serving as a natural boundary and connects  Sikkim with China's Tibet Autonomous Region. This pass is of utmost importance to the Indian Army as it provides a tactical advantage of observation and fire. After 1962 war (India was defeated by China), trade through this route was closed which reopened in 2006 for trade purposes after the then Prime Minister visited China.

The skirmish rose as India considers McMohan line (crest of the Himalayas) as its official border while China does not treat it as the International border.

The India-China Battle of 1967

Ahead of the violent clash between India and China, India on August 20, 1967, started fencing its border with three layers of barbed wire. On August 23, 1967, Chinese soldiers marched towards the Nathu La, carrying rifles fitted with bayonets and stopped at the border. An official with a red patch on his cap readout slogans from a book while others shouted after him.

About after an hour, the Chinese troops withdrew. However, they returned again and continued with their protests.

On September 5, 1967, India started upgrading barbed wire fence to a concertina coil. During this, the Chinese political officer landed in an argument with India's Commanding Officer of the local infantry battalion, Lt. Col. Rai Singh, after which the work was halted.

On September 10, a warning by China was sent to the Indian Embassy that if Indian troops continue to make provocative intrusions, the Indian Government must be held responsible for all the grave consequences.

Upon this, the infantry battalion attacked the Chinese post. Chinese Army attacked with machine-gun fire and Indians responded with artillery fire.

Chinese Army went on backfoot after India's strong response and threatened to bring fighter jets. However, Chinese mouthpiece Xinhua denied these plans after the Indian troops refused to back off.

On September 15, the Chinese troops handed over the bodies of the Indian soldiers with arms and ammunition and stated that are acting in the interest of Sino-Indian Friendship.

On October 1, another scuffle took place at Cho La, which is situated a few kilometres northwards of Nathu La, but Indian troops repulsed the Chinese again.