Indian Premier League (IPL), 2020 will commence from 28 March to 24 May 2020. In total 60 matches would be played between 8 teams in this 13th edition of IPL. In this article, we are publishing some records of IPL.

In India, the local cricket league which is popularly known as the Indian Premier League (IPL) was launched in 2008 and 12 editions of this tournament have been organised successfully.

Currently, IPL is comprised of 8 teams, consisting of players from around the world. The 12th edition of the IPL has been won by the Mumbai Indians.

The winner of the Indian Premier League (IPL) got a prize money of Rs 20 crore while the runner-up received Rs 12.5 crore.

Let’s have a look at the IPL records made in the 2019 edition.

1. Mumbai Indians win the 4th title (most title by any team) of the IPL. 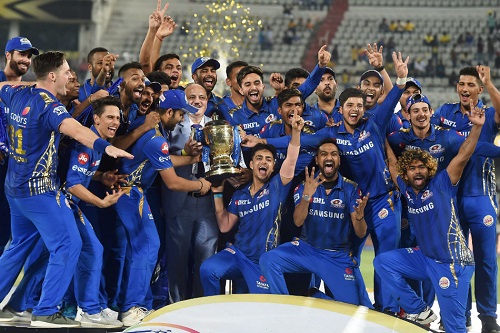 2. Chennai Super Kings (CSK) is the only team that has lost five IPL finals.

3. Mahendra Singh Dhoni is the only captain in the IPL who has played most IPL finals i.e. 8 finals.

What is the History and Distance of Marathon Race?

6. Shikhar Dhawan of the Delhi capitals has hit the most fours (64) in the IPL tournament 2019.

11. Deepak Chahar of the CSK team was the highest wicket-taker Indian bowler in the IPL Tournament 2019.

12. Faf Du Plessis of CSK has taken the highest catches (12) in the full tournament.

13. In the 12th edition of the IPL there were 10 times a team has won the match by the margin of just 1 run. Mumbai’s victory over CSK in the final was the second time in this season when a team won by the smallest margin.

14. Mahendra Singh Dhoni has made the record of most dismissals in the IPL. M.S. Dhoni has done 132 dismissals which include 94 catches and 38 stumpings. Dinesh Kartik of KKR is at second place in terms of total dismissals (131) in the IPL.

15. Virat Kohli and Suresh Raina are the only two players in the IPL history who have scored more than 5000 runs in the IPL so far. Kohli has made 5412 runs while Raina has made 5368 runs.

16. Sri Lankan Lasith Malinga has taken the highest wickets (170) in the IPL history followed by the Indian bowler Amit Mishra who has taken 157 wickets so far.

In the concluding remarks, it can be said that Indian Premier League has provided an excellent platform for many Indian and foreign cricketers to show their talent and get a chance to play for their respective countries.