ISRO’s Report On Joshimath: Check Out the Geographical Details Of The Sinking City

The National Remote Sensing Center (NSRC) of the ISRO has released satellite images of the city of Joshimath, revealing a preliminary land subsidence analysis that indicates that the entire city is in danger of completely sinking.

The images have been captured by the Cartosat-2S satellite. The NRSC, situated in Hyderabad, has published satellite photos of sinking areas.

Very scary situation unfolding in #Joshimath. Massive cracks and fissures in almost all houses, major hotels and roads. More than 700 families are impacted. Leaning buildings across the town.

Families tell me, "The govt knew everything since last year but never took any action." pic.twitter.com/G9SRvmG1kV

In the revealed images, the entire town, including the Narasimha temple and the Army's helipad, has been designated a sensitive zone.  The Joshimath-Auli road is also at risk of sinking, according to the satellite pictures.

Based on the preliminary information from ISRO, the Uttarakhand government is launching rescue operations in dangerous areas. The government is prioritizing the relocation of residents from these locations to safer areas.

Joshimath is situated on the central slopes of the hill, bordered by the rivers Dhauliganga and Alaknanda on the opposite sides, and Karmanasa and Dhaknala to the west and east, respectively.

Also Check | What Is A Winter Heat Wave?

What does the ISRO report say? 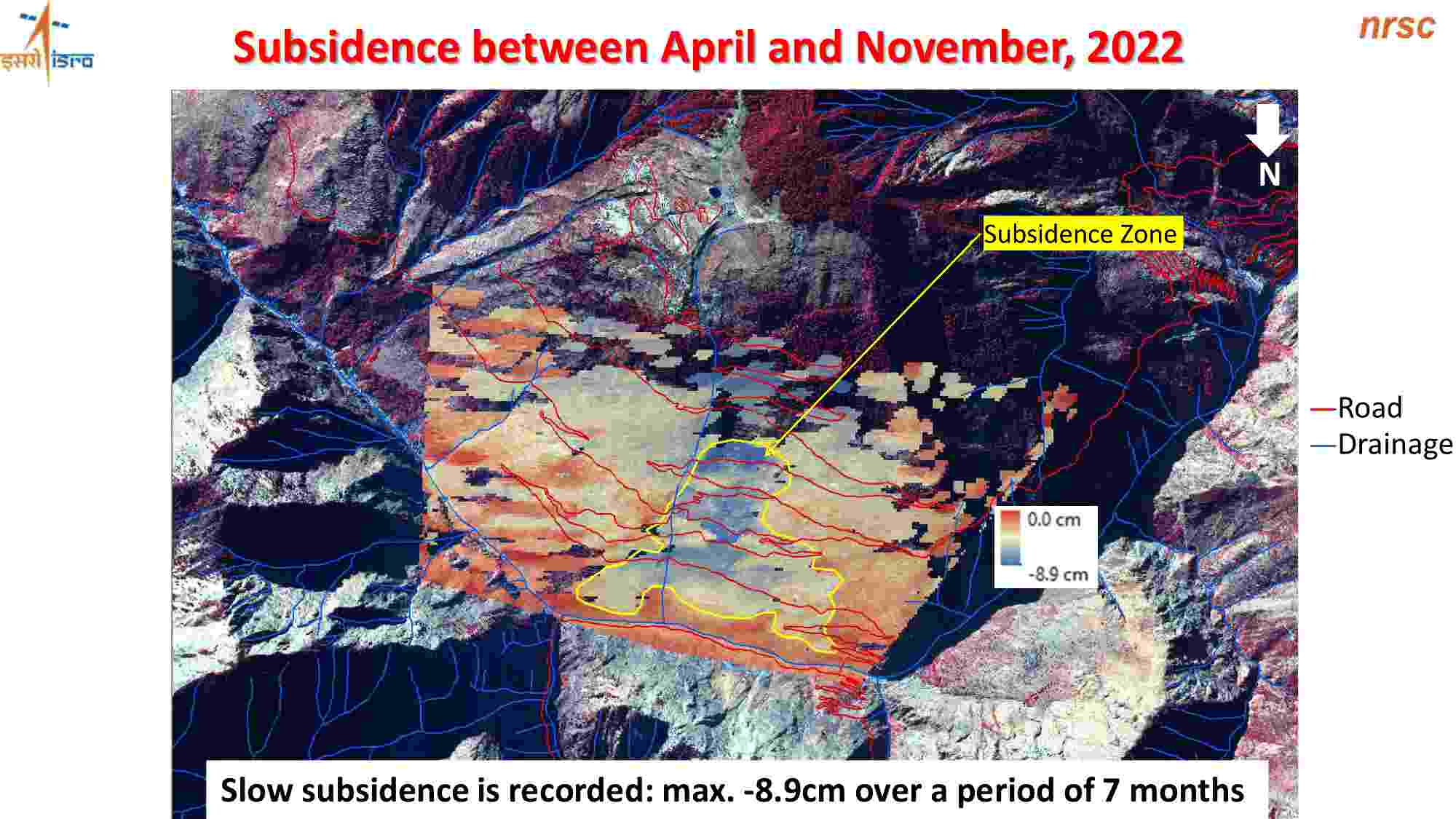 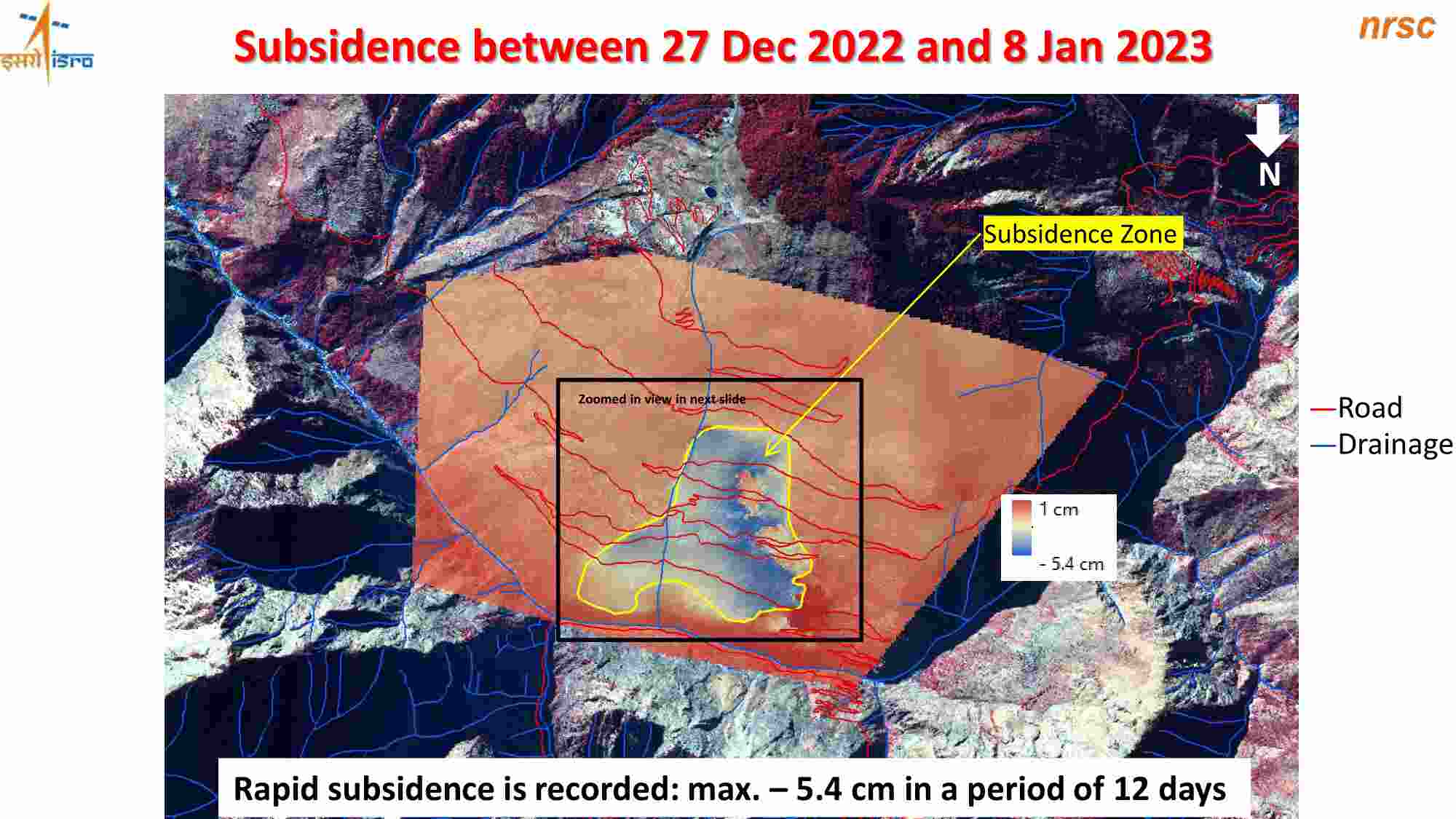 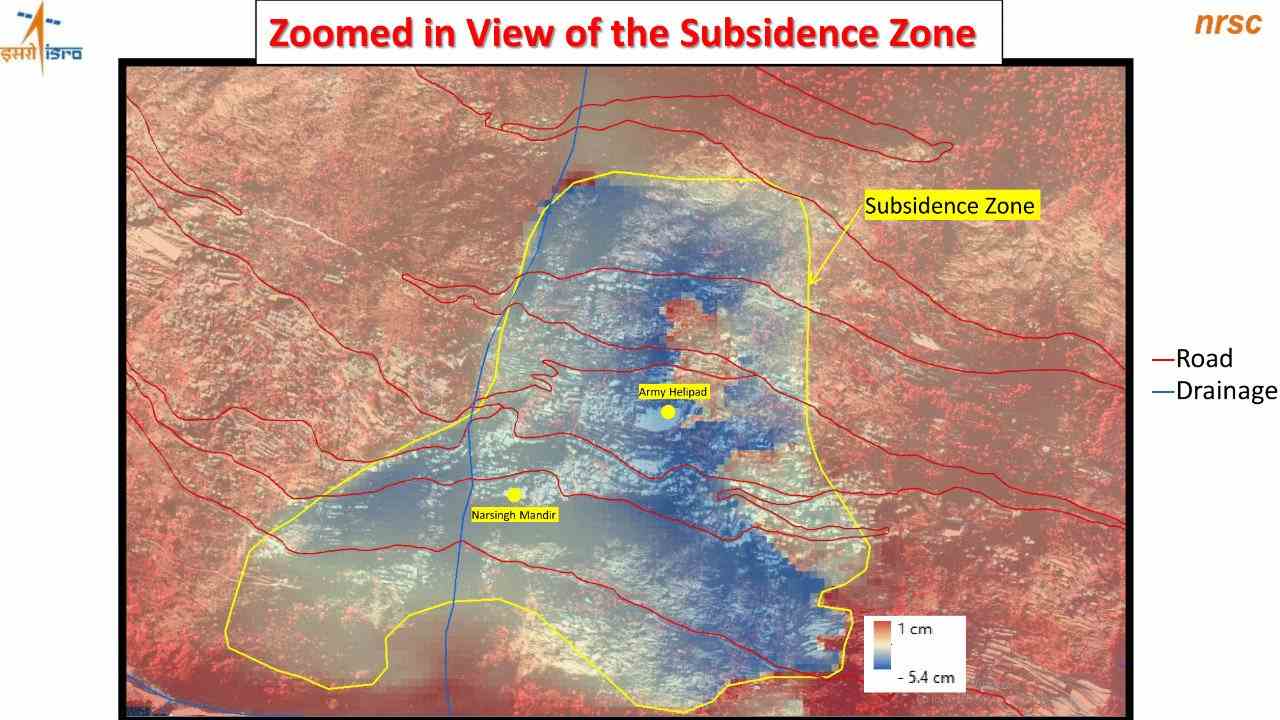 Due to its effects on natural water drainage, slopes, and water flow, urbanization is one of the main causes that has traditionally made these problems worse.

The District Disaster Management Department reports that 561 homes in Joshimath have developed fractures as a result of the ongoing ground subsidence. According to reports, around 66 families have reportedly left Joshimath so far.

The Uttarakhand government is holding meetings over the frightening situation in the Himalayan town.

Also Check | Explainer: What Is A Bomb Cyclone?