Kalyan Singh has recently passed away in Lucknow. He breathed his last on August 21, 2021. Take a look at the life and career of the famous BJP politician who was UP's Chief Minister when Babri was demolished.

Kalyan Singh was one of the most famous names in the history of Bhartiya Janta Party (BJP) who recently passed away. He had served as the Chief Minister of Uttar Pradesh twice and was a tireless Member of Parliament. His chief ministership was during the time of demolition of Babri Masjid in December 1992. The way he held up the agitation while carrying the flag of Hindu nationalism was commendable.

The Prime Minister Narendra Modi took to Twitter to pay his tributes. Take a look at the tweets he made below.

Kalyan Singh Ji…a leader who always worked for Jan Kalyan and will always be admired across India. pic.twitter.com/nqVIwilT7r

He reached Lucknow for his final rites as well.

In the article below, know about his life, his career, early childhood and how he became an irreplaceable member of Bharatiya Janata Party here.

Kalyan Singh was born and brought up in Aligarh in Uttar Pradesh in 1932. He was from Lodhi community. 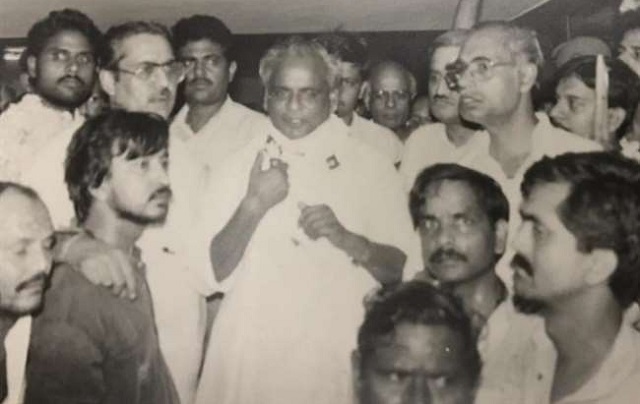 He became the chief minister of UP twice and after that he was removed from BJP forming his own party.

Later he joined BJP in 2004 and became the MP from Bulandshahr.

He then again left BJP in 2009 and was elected independently from Etah in 2009. He again joined BJP in 2014 and was also appointed as the Governor of Rajasthan.

He re-entered active politics in 2019. It was in the same year he was brought to trial for criminal conspiracy of demolishing the Babri Masjid.

He was then acquitted by a special court of the CBI in 2020.

Kalyan Singh may have been the only member of BJP to have left and joined the party twice.

He had complained of nausea and difficulty in breathing and was admitted to Ram Manohar Lohia Institute of Medical Sciences where renal issues were suspected. His blood pressure rose and was transferred to SGPGI. He was on ventilator for quite some time and died on August 21, 2021 at the age of 89 suffering from sepsis and multiple organ failure.

Also Read| What is Kigali Agreement? Details of India ratifying it here