The Puppetry is one of the traditional art form which is used as an effective medium of entertainment and communication. It is an art form, not only provides entertainment but also conveys a meaningful and useful message. In this article, we are giving the list of Major Puppetry Traditions of Indian States, which is very useful for the competitive examinations like UPSC-prelims, SSC, State Services, NDA, CDS, and Railways etc. 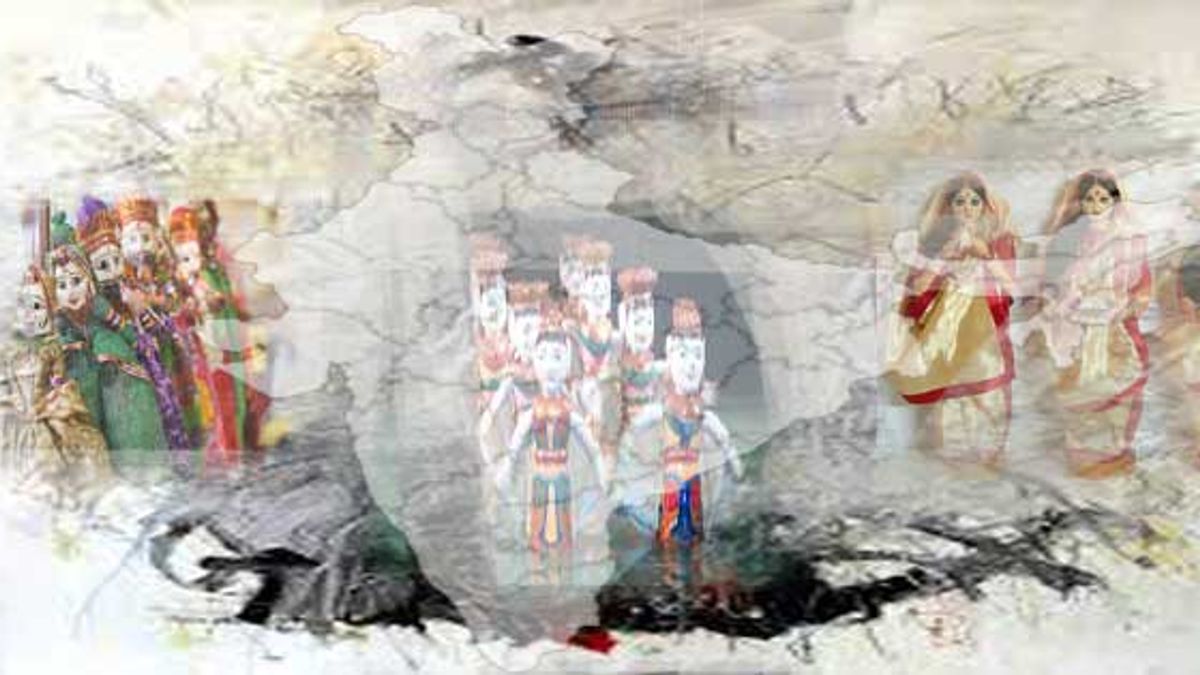 A puppet is one of the most remarkable and ingenious inventions of the man. The traditional folk media in India are very popular among the rural masses. The Puppetry is one of the traditional art form which is used as an effective medium of entertainment and communication.

The puppetries in India envision the histories of great kings, princes and heroes and political satire in rural areas. Slowly, this art form emerged from the precincts of the temples and villages to reach out to the outside world performing on various social and contemporary themes in Indian towns and cities.

There are four types of puppetry which are discussed below:

1. String Puppets: In this puppetry, puppet is manipulated by operating the control as well as by loosening or pulling the relevant string(s). It is popular in Andhra Pradesh, Rajasthan, Odisha and Karnataka.

2. Shadow Puppets: In this puppetry, puppets are flat puppets that are operated against the rear of a tightly stretched white cloth screen. It is popular in Odisha, Kerala, Andhra Pradesh, Karnataka, Maharashtra and Tamil Nadu.

3. Glove Puppets: It is also known as sleeve, hand or palm puppets. In this type, the puppeteer manipulates their heads and arms with their fingers. It is popular in Odisha, Kerala and Tamil Nadu.

4. Rod Puppets: It is an extension of glove-puppets. In this type, the puppets are manipulated by rods from below. It is popular in West Bengal and Odisha.

Putal Nach (It is a combination of String and Rod puppet)

The contemporary educationists from all over the world believed that puppetry has great potential as a medium for communication. It is an art form, not only provides entertainment but also conveys a meaningful and useful message. This is the only reason, many institutions and individuals in India are involving students and teachers in the use of puppetry for communicating educational concepts.