Marine mega fauna stranding guidelines and National Marine Turtle Action Plan has been released by MoEF CC. Know about the new additions in the act here 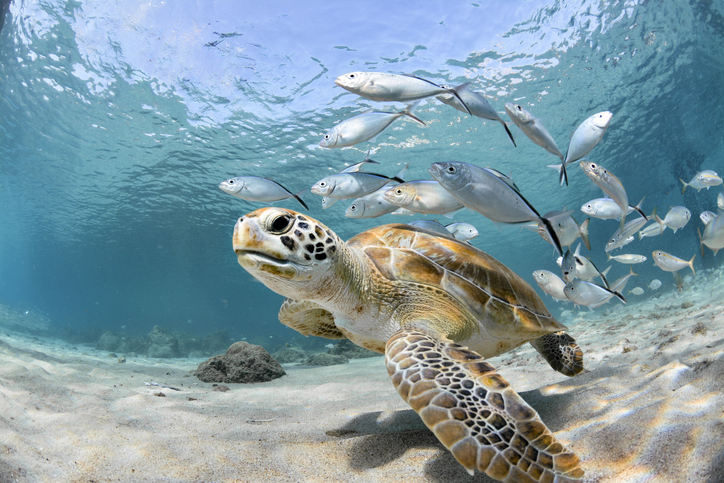 Speaking at the virtual launch event the Union Environment Minister said, "both floral and faunal diversity including the marine biodiversity is the beauty of India and we need to conserve it with best possible action and interventions."

As per the latest documents, the Act contains ways to

As per the statement released by the Ministry through PIB, the documents "highlight actions to be taken for handling stranded animals on shore, stranded or entangled animals in the sea or on a boat, management actions for improved coordination, reducing threats to marine species and their habitats, rehabilitation of degraded habitats, enhancing people’s participation, advance scientific research and exchange of information on marine mammals and marine turtles and their habitats."

What is the difference between a turtle and tortoise

Tortoises have a rounded and domed shell which is thinner and more water dynamic in turtles. The shells of the turtles are more streamlined to aid them in swimming. One major difference is that the tortoises spend most of their time on land whereas the turtles spend more time in water.

Also Read| What is Biodiversity? Know the difference between In Situ and Ex Situ conservation

Which are the smallest sea turtles in India?

Olive Ridley Turtles are the smallest species of India

Where can sea turtles be found in India?

Sea turtles are found all along the coast of India. They can be seen in Lakshadweep and Andaman and Nicobar Islands.

How long do sea turtles live?

Sea turtles live a long time, almost up to 50 years or more and have similar lifespans to humans.

Which turtles are found in India?