Optical Illusion for Testing Your IQ: Can you help the Hen in finding her Chick inside Farm in 7 Secs?

Optical Illusion for Testing Your IQ: People with High Intelligence can spot the Hen’s Chick hidden inside the farm in 7 seconds. Can you help the in finding her Chick inside the Farm?

Optical Illusion for Testing Your IQ: Do you know that many types of optical illusions are present in our environment? These illusions are mostly categorized under physiological, physical, and cognitive illusions. Going by the definition, an optical illusion is a deeply fascinating, mind-bending, and shape-shifting image of an object or people or a drawing that challenges our way of perceiving things. However, these optical illusions are also a part of psychoanalysis as they throw some light on how your brain perceives things. A normal human brain can see things or images differently forming different perceptions from different angles.  One such clever illustration can be seen in an image where a hen is finding her lost chick inside the farm.

Optical Illusion for IQ Test:  Can you help the Hen in finding her Chick inside the Farm? 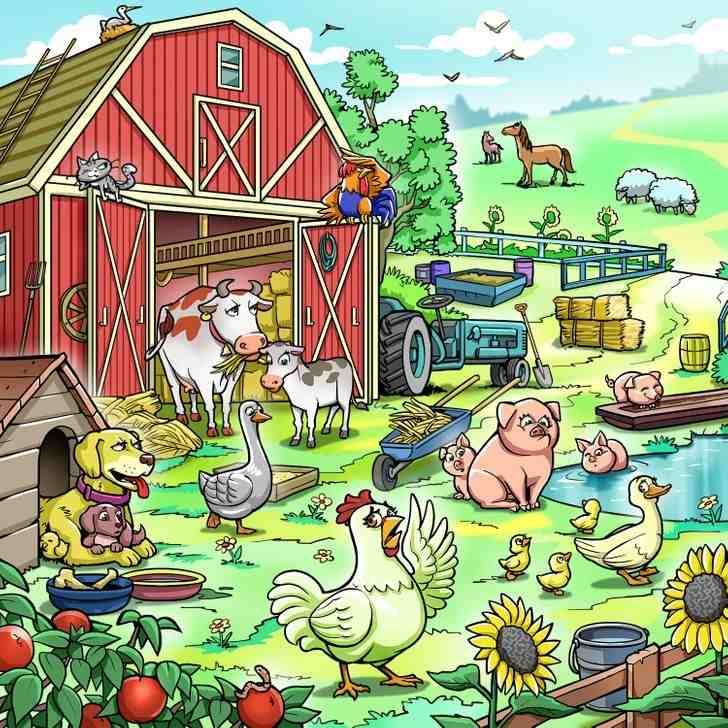 The above image was shared as a brain teaser to test how sharp is your vision.  The puzzle challenges the viewers to spot the Hen’s lost chick inside the farm. In this optical illusion, you will see a farm filled with lots of animals like horses, hens, sheep, ducks, pigs, dogs, cows,  a cat, etc. However, the Hen has lost her Chick somewhere inside the farm. The puzzle challenges the viewers by asking “Can you help the hen find her lost chick?” This optical illusion image is just another fun way to test your IQ. However, taking an actual IQ test is a good way of knowing your IQ level.

Can you find the Dog Hidden Among Toys?

Did you spot the Hen’s lost Chick in 7 Seconds?

Take a close look at this optical illusion image and try to spot the hidden chick on the farm. In case you are stuck with the image and are not able to find the Chick, then we have highlighted the Hen’s lost chick inside the image: 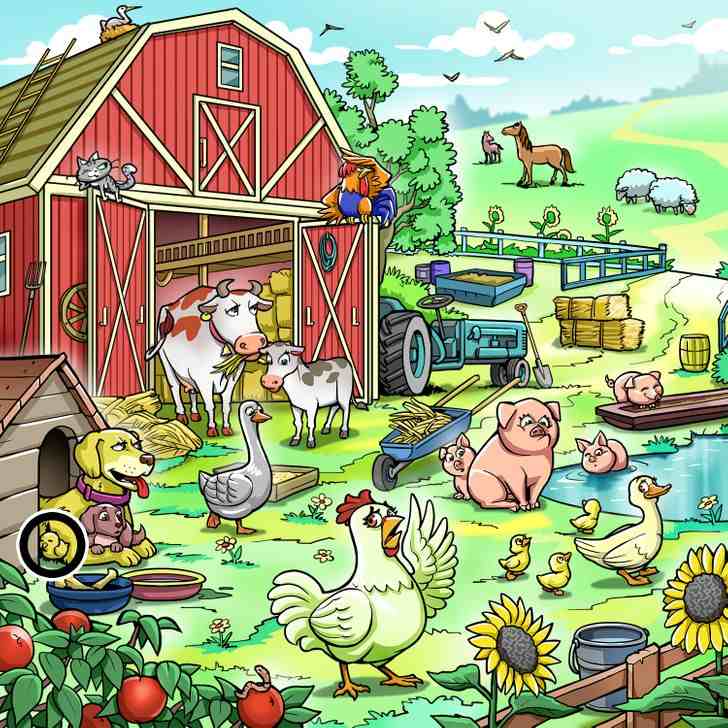 Can you spot the Hidden Ball inside Beach?

The Chick is sitting beside the dog and the puppy near the Dog House. The chick’s color is similar to the Dog’s color and therefore is quite challenging to find in 7 seconds. It has been claimed that only eagle-eyed viewers will be able to spot the hidden Chick in this clever illustration in 7 seconds. The image has left thousands of adults confused as it is quite tricky to find the Hen’s Check in the picture. Many research studies have shown that the more you exercise your brain with difficult puzzles, the smarter you tend to be.

Optical illusions always give some fascinating insight into how our brains work. Specific combinations of color, light, and patterns can trick our brains into visually perceiving something that isn’t there. So tell us, were you able to spot the Hen’s lost Chick hidden inside the farm?