Through this article, let us have a look at the top 10 upcoming expressways in India.

Expressways in India are controlled-access highways meaning that a vehicle can enter only through a limited place and no other road merges with or crosses the expressway anywhere to avoid any possible accidents. They consist of access ramps, grade separation, lane dividers and elevated sections. Through this article, let us have a look at the top 10 upcoming expressways in India.

1- Delhi-Mumbai Expressway is an under-construction eight-lane access-controlled expressway that will connect the country’s National Capital, Delhi, with the Financial Capital, Mumbai.

3- The expressway will reduce the travel time by 12 hours from the earlier 24 hours.

4- It will house the country’s first-ever animal overpass on the lines of European nations. 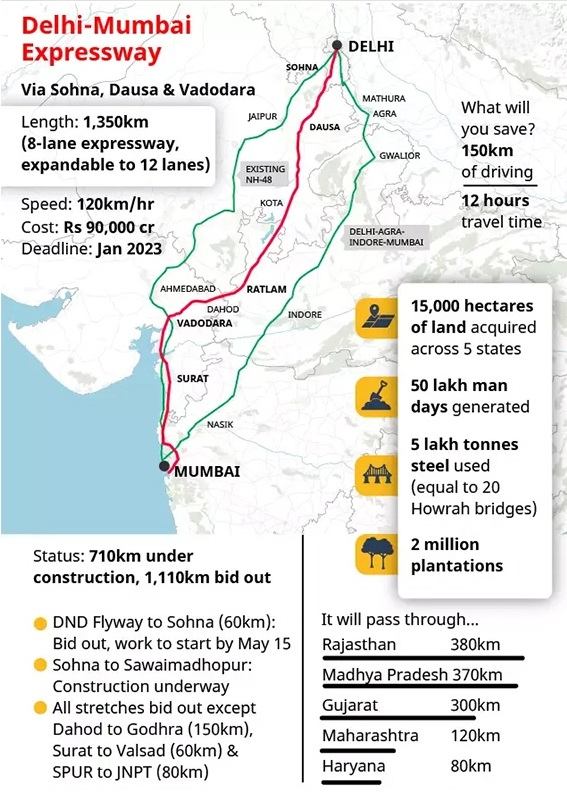 3- The expressway will have a fully automated tolling system with 22 lanes toll plaza.

4- The upcoming Dwarka Expressway will decongest the NH-8 which is used by nearly 3 lakh passengers every day, 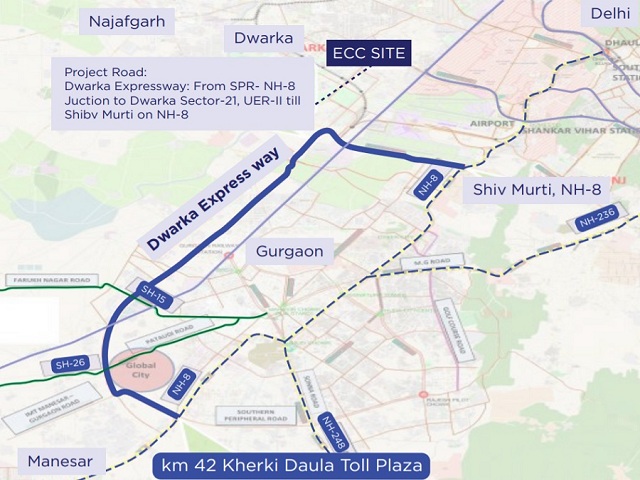 1- Purvanchal Expressway is an under-construction access-controlled expressway in Uttar Pradesh that will connect Chand Sarai village in Lucknow with Haydaria village on NH-31 in Ghazipur.

2- The Purvanchal Expressway will boost the development of the region as well as the state.

3- Industrial training institutes, educational institutes, medical institutes, new townships and so forth will be set up near the Expressway areas which in turn will generate employment opportunities in the region.

4- The yet to be completed expressway will be connected to the existing Agra-Lucknow Expressway, thereby becoming a vast industrial corridor connecting the Eastern and Western boundaries leading to the overall development of the state.

5- Agriculture, commerce, tourism, and other industrial development will get a major fillip with the completion of the Purvanchal Expressway. 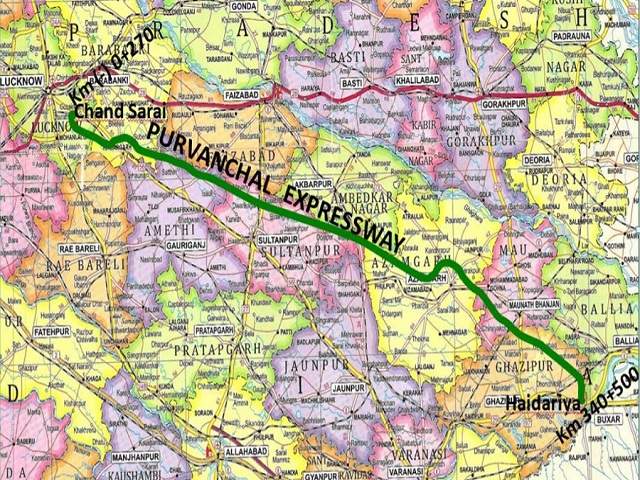 2- The expressway will connect two capitals of Maharashtra-- Nagpur and Mumbai.

3- It is among the longest greenfield road projects in India.

2- The project will connect NH-334 in Meerut District with NH-2 at Prayagraj (Allahabad) Bypass in Prayagraj District.

3- The project is undertaken for the Omnidirectional development of the Indian state of Uttar Pradesh.

5- In February 2021, the state government decided to extend the project on both ends-- from Meerut to Haridwar and from Prayagraj to Varanasi. However, a DPR has not yet been prepared. 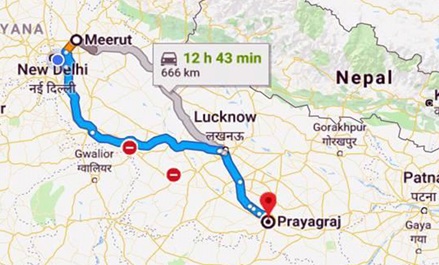 1- Delhi-Amritsar-Katra Expressway is a four-lane controlled-access expressway that will connect the Bahadurgarh border in Delhi with Katra in Jammu and Kashmir via Nakodar and Gurdaspur in Punjab.

3- It will also have a spur section that will connect Nakodar with Sri Guru Ram Dass Jee International Airport located in Raja Sansi, Amritsar.

4- The project will promote religious tourism as the road will connect two important holy cities—Katra-Vaishno Devi and Amritsar. 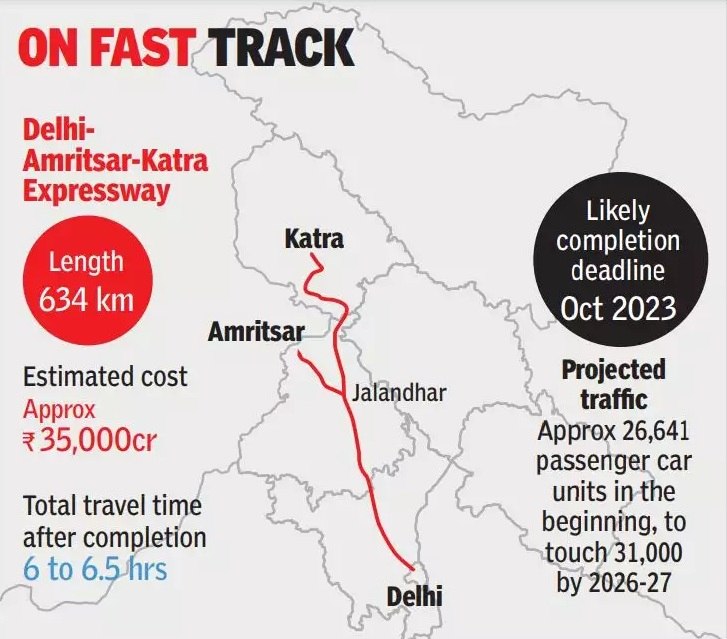 1- Ahmedabad-Dholera Expressway is an under-construction four-lane access-controlled expressway in Gujarat.

3- The project is a part of the Delhi–Mumbai Industrial Corridor (DMIC).

4- The proposed  Dholera International Airport will also lie on the route.

5- The Ahmedabad-Dholera Expressway will traverse through two major cities of Gujarat-- Ahmedabad and Bhavnagar. 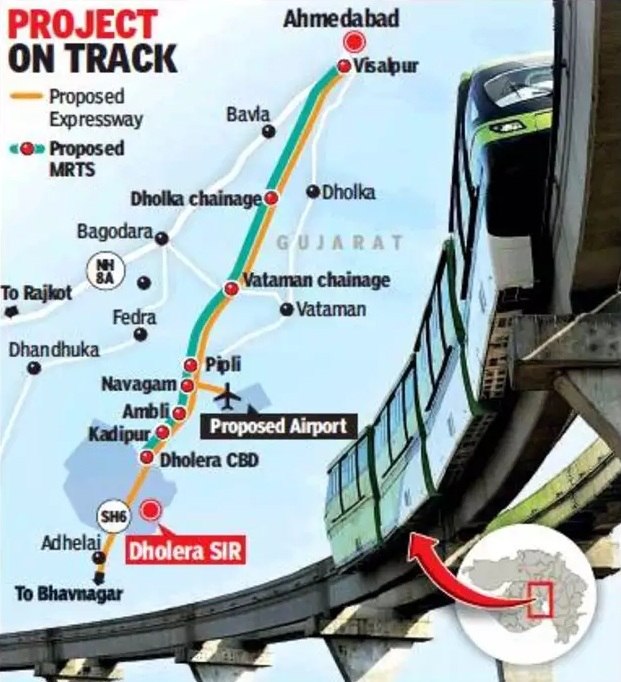 1- The Bangalore-Chennai Expressway is a four-lane under-construction access-controlled expressway that will connect Karnataka and Tamil Nadu.

2- The proposed expressway will connect Hoskote in Karnataka to Sriperumbudur in Tamil Nadu.

4- The expressway will pass through Andhra Pradesh to connect Chennai to Bangalore.

5- The Bangalore-Chennai Expressway is being developed under the Bharatmala Pariyojana program.

2- The project has a route alignment through Chhattisgarh, Odisha and Andhra Pradesh.

3- The Raipur-Visakhapatnam Expressway has been undertaken under the Bharatmala Pariyojana Phase-I program.

4- The project is a part of the Raipur–Visakhapatnam Economic Corridor (EC-15).

5- The expressway passes through Raipur, Dhamtari, Kanker and Kondagaon district in Chhattisgarh, Nabarangpur and Koraput districts in Odisha, and Vizianagaram district in Andhra Pradesh. 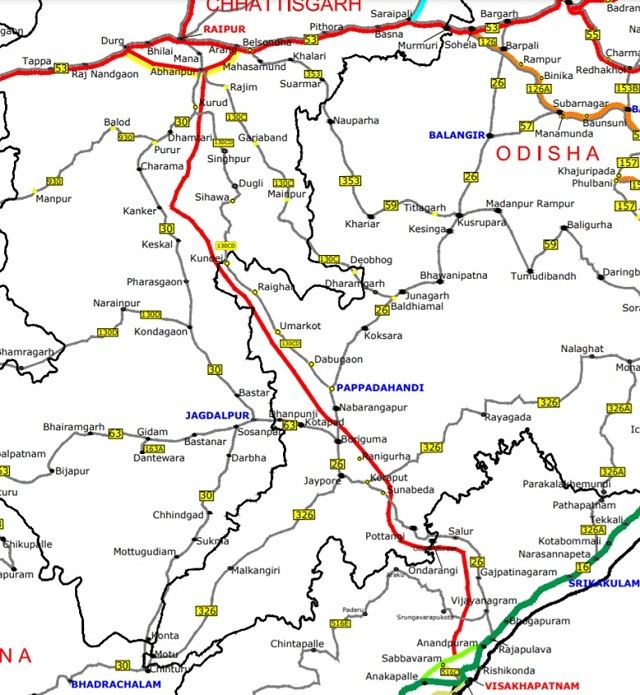 1- Faridabad–Noida–Ghaziabad Expressway is an under-construction six-lane expressway that will connect Haryana and Uttar Pradesh.

2- The expressway will start from Faridabad in Haryana with Noida and Ghaziabad in Uttar Pradesh.

3- The expressway has been designed by IIT-Roorkee.

4- A bridge is also planned from Noida's Sector 150 to National Highway 19 in Faridabad as a part of Faridabad–Noida–Ghaziabad Expressway.

5- The expressway will traverse through four major cities of Haryana and Uttar Pradesh-- Faridabad, Ghaziabad, Noida and Greater Noida. 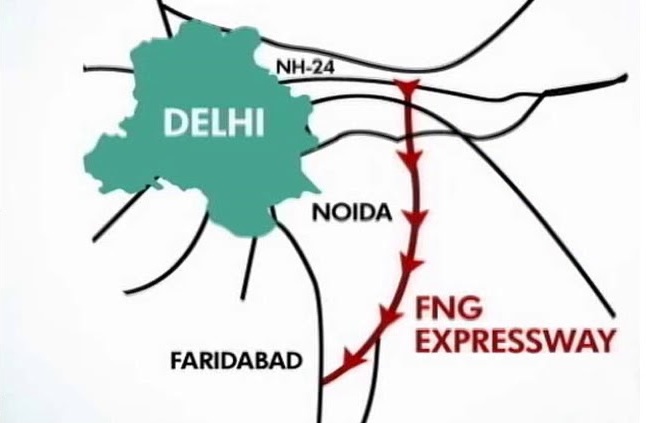 What is National Highway and Expressway in India?