What is Surgisphere COVID-19 Data Scandal?

Recently, two prestigious and most trusted medical journals namely The Lancet and the New England of Journal Medicine (NEJM) retracted their articles. The reason behind it is the data of Surgisphere. Let us have a look in detail about the Surgisphere COVID-19 Data Scandal. 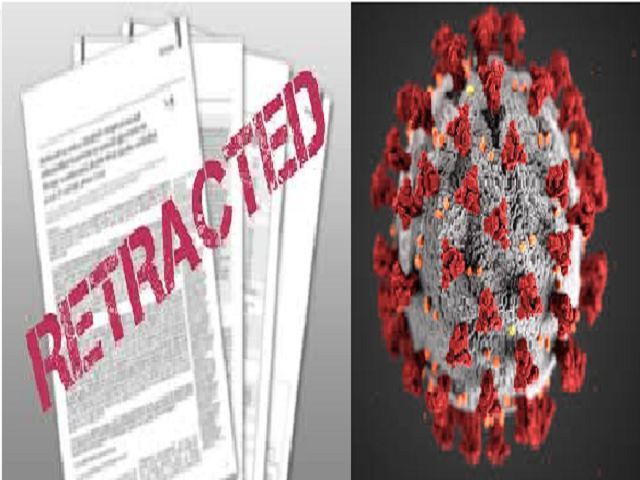 What is Surgisphere COVID-19 Data Scandal?

The two controversial studies of COVID-19 patients have been retracted because authors were failed to demonstrate that the data were reliable. As we all know that several studies were published associated with COVID-19 treatment in that one was about Hydroxychloroquine (HCQ). It was found that HCQ may be a possible treatment for COVID-19. Even Donald Trump also raised the demand of HCQ.

What were the 2 studies published in the journals that are now retracted?

1. The Lancet retracted an influential study on 4 June, 2020 that raised alarms about the safety or security of the experimental COVID-19 treatments chloroquine and hydroxychloroquine.

2. Another was The New England Journal of Medicine retracted a paper which was about that blood pressure medications were not related to worse outcomes in patients with COVID-19.

These two journals in the medical field are old and trusted journals. Articles published in these journals is not a small thing. The editorial policy of The Lancet is legendary. Articles published in The Lancet after detailed analysis, scrutiny and studied by the team of doctors etc. Therefore, if the article is retracted in these journals is a matter of concern. Let us study in detail.

Authors of the study that was published in the Lancet are:

What is Vietnam model to fight COVID-19?

As the whole world is suffering from COVID-19 pandemic, let us have a look at the study published in The Lancet about hydroxychloroquine (HCQ).

Findings: During the study period, 96032 patients with COVID-19 were hospitalised and met the inclusion criteria. About 81,000 hospitalised patients weren’t given hydroxychloroquine and about 15,000 were given the drug.

No doubt the scale of the study was big and so gained much attention. Also, other observational studies found that HCQ or Chloroquine was not related to improved outcomes for patients. That’s why also gained attention. The Lancet study also reported that the drug also correspondent to higher mortality.

As a result on 25 May WHO said that it had temporarily suspended the clinical trial of HCQ on COVID-19 patients. That is WHO halts HCQ trial for coronavirus amid safety fears.

Questions raised against the studies is also due to the number of deaths in Australia reported in the study was higher than the actual deaths. Also, the data relied on researchers to draw their conclusions within the Lancet isn’t available in the Australian clinical databases. Which further raised a question that from where the info or data came? Usually when such an enormous study was done where findings from thousands of patients were there, then it should have an outsized list of authors on the paper. But it had been not so. Only a few doctors have completed such enormous research. For such an outsized study, multiple sources are required to collect and analyse the data and usually, they are acknowledged in the list of authors. In the Acknowledgment with other things, they have thanked Surgisphere Corporation from where they have received the data.

What is quarantine and how it helps in tackling COVID-19?

What is Surgisphere Corporation and the link with it?

Surgisphere is a small company based in Chicago in the USA. It was founded by Surgeon Sapan Desai. It is a healthcare data analytics and medical education company. The internet profile of the company Surgisphere also raises several questions. Only a couple of employees might be found on LinkedIn. The work of the company is to de-identified data obtained by automated data extraction from inpatient and outpatient electronic health records, supply chain databases, and financial records. The registry also uses a cloud-based health-care data analytics platform like specific modules for data acquisition, data warehousing, data analytics, and data reporting.

Basically, experts warn that conducting such studies properly is way harder than it appears. After the scrutiny that was underlying the paper, Lancet asked for the raw data that was utilised in the study, which the authors were failed to provide. Surgisphere Company has refused to share the data with third-party reviewers by saying that it would violate the privacy agreements with hospitals.

Three authors i.e. all the co-authors on the study except Surgisphere founder and CEO Sapan Desai contacted the Lancet to retract their report and told " They were unable to finish an independent audit of the info underpinning their analysis,” the retraction notice within The Lancet reads. “As a result, they have concluded that they can no longer vouch for the veracity of the primary data sources.”

Shortly after The Lancet's retraction, the New England Journal of Medicine (NEJM) issued its own retraction. The statement of the authors reads: "Because all the authors were not granted access to the raw data and the raw data could not be made available to a third-party auditor, we are unable to validate the primary data sources underlying our article. . . . We, therefore, request that the article be retracted. We apologize to the editors and to readers of the Journal for the difficulties that this has caused.”

According to WHO, the hydroxychloroquine investigation is simply one arm of the agency's solidarity trial that’s testing different therapies to work out which are beneficial in the disease caused by the novel coronavirus.

Oransky said that even the leading journals rely too heavily on an honour system, but "you never know when a catastrophe goes to happen if you are not willing to put into place some reasonable safeguards".

So, now you may have come to know about the Surgisphere COVID-19 Data Scandal.

COVID-19 Map: List of all the countries in the world affected by Coronavirus pandemic