Who Is Charles III? The New Monarch Stepping In Power After Queen Elizabeth's Demise

After the demise of Queen Elizabeth II on September 8, 2022, the Prince of Wales, Charles Philip Arthur George took over the command of the throne immediately as the new King of the United Kingdom. Read on to know more about the King and his life journey.

Charles Philip Arthur George, former prince of Wales, is now officially referred to as King Charles III of the United Kingdom, after the sad demise of his mother and the Queen Elizabeth II of Britain. The man is 73-year-old and is a grandfather of five.

Waiting for the reign on the throne for 7 long decades, the time has finally come to cherish the very popular Prince of Wales as the new King of the United Kingdom.

Scroll down to have a look at the life journey of the new King.

Born on November 14, 1948, Charles was the first child of Queen Elizabeth and Philp. He studied in Britain and Australia, with his main subjects of interest being anthropology, archaeology, and history at Trinity College, Cambridge, in the 1960s. Next, he successfully became a Royal Air Force (RAF) pilot. 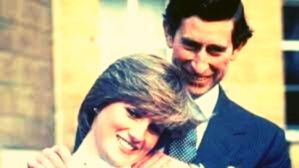 He started conducting royal service in the 1970s. When he turned nearly 30, he married a 19-year-old, shy nursery teacher Lady Diana Spencer in the year 1981. This was a grand wedding that was watched and celebrated by approximately 800 million people globally.

The marriage produced two sons- Prince William, born on June 21, 1982, and Prince Harry, born on September 15, 1948. However, the marriage wasn’t a very happy one and the couple legally parted ways through a divorce in 1992. The divorce shook the world by storm.

After the divorce from his wife Diana, there was huge speculation regarding Prince Charles’s relationship with former girlfriend Camilla Parker Bowles. It was in 2005 when Prince Charles and Diana tied the wedding knot.

Soon after the divorce, Princess Diana passed away due to a car accident in 1996. Due to this issue and many other concerns, the Prince had to bear various scandals and speculations.

As per some analysts, serious efforts have been made to cultivate a more positive and robust image of Prince Charles.

King Charles III is described as a “sensitive man” in biographies. He is appreciated as a keen gardener whose very keen hobby is tending to the organic garden in the countryside manor.

The King is also known to be a skilled watercolor painter. It is also believed that he also has a keen interest in hedge laying and other traditional countryside practices.

It was usually said by commentators that as a young man, the 73-year-old King did not have many things in common with his parents. However, with time, their relations improved too. 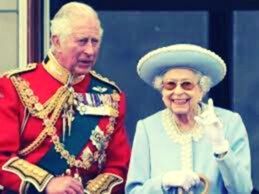 Recently, on Friday, King Charles pledged to follow in the footsteps of his beloved mother Queen Elizabeth. In a speech, the newly appointed King said that he will devote himself to the duty, just like his mother did for the past 70 years.

Queen Elizabeth II Passed Away. What Next? List Of 10 Days Of Events After The Queen’s Demise

In his address to the nation, he expressed that, ”Queen Elizabeth was a life well lived; a promise with destiny kept and she is mourned most deeply in her passing,” the king said in the opening moments of his address, which he delivered with a photograph of her displayed next to him.

”That promise of lifelong service I renew to you all today.”

"I am deeply grateful for the Addresses of Condolence by the House of Lords and the House of Commons, which so touchingly encompass what our late Sovereign, my beloved mother The Queen, meant to us all."

The King’s reply to the addresses of condolence at Westminster Hall:

The New King Of The United Kingdom

With the demise of his mother and the longest reigning monarch of the United Kingdom, Queen Elizabeth, the former Prince of Wales, Charles, was immediately given the throne's power. Before formally being known as the “King”, Charles went through some mandatory formal and traditional ceremonies.

It was on Saturday, September 10, 2022, that Charles was proclaimed as the new King. The event took place at St James’s Palace in London. The proclamation took place in front of a ceremonial body called the Accession Council.


The Accession Council comprises the Privy Council members, which is actually a group of senior MPs, senior civil servants, the Lord Mayor of London, and the Commonwealth high commissioners.

The sad demise of Queen Elizabeth was announced by the Lord President of the Privy Council, along with a proclamation.


The proclamation commended the previous monarch, while also pledging support for the new one.

Ceremonies have today been held in Edinburgh, Cardiff, and Belfast to officially proclaim King Charles III as the new Monarch. pic.twitter.com/0ltOsJNtfF

Next, the proclamation is signed by a myriad of senior authorities, including the Prime Minister, the Archbishop of Canterbury, and the Lord Chancellor.

In towns and cities across the UK, the Accession of His Majesty King Charles III has been Proclaimed.https://t.co/YrreR282at

The new King’s declaration is in accordance with the long-running tradition from the 18th century. The tradition involves the King making a declaration that he will preserve the Church of Scotland.

His Majesty The King gives a personal declaration at today’s Accession Council, where he was formally proclaimed King Charles III.

Followed by a fanfare of trumpeters, an official called the Garter King of Arms made a public proclamation declaring Charles as the new King of the United Kingdom, from a balcony above Friary Court in St James’s Palace.

Tomorrow there will be Proclamations in Edinburgh, Cardiff, and Belfast.

⚫ His Majesty The King was formally proclaimed King Charles III at the Accession Council held at St James's Palace.

⚫ In Windsor and Balmoral, members of The Royal Family have viewed floral tributes that have been left in memory of The Queen.https://t.co/hXIgRRjf3U

The New Head Of The Commonwealth


King Charles III has become the Commonwealth head. The Commonwealth is an association of 56 independent countries and 2.4 billion people. The King is the head of state for the UK, and 14 of these countries.

The Coronation- The Much Awaited Crowning Ceremony

The coronation of the King will be held after a period of mourning for the loss of Queen Elizabeth. Since it is an elaborate ceremony, it takes a lot of time to plan it. It is expected that the crowning ceremony of the King will take place in the second half of the next year, viz, 2023.


Moreover, the date of the crowning ceremony will be a public holiday. Also, the ceremony will; be held at Westminster Abbey. The ceremony will truly be a grand one, with readings and rituals of anointing the new monarch, usage of oils of roses, cinnamon, ambergris, musk, and orange, and grand music.

Which title is given to the spouse of the monarch?

Consort is the term given to the spouse of the monarch. After the crowning of King Charles III on September 10, 2022, his wife Camilla is entitled to the title of Queen Consort.

What is meant by “God Save The King”?

“God Save The King/ Queen” is the national or royal anthem in almost all Commonwealth realms, territories, and the British Crown Dependencies.
Get the latest General Knowledge and Current Affairs from all over India and world for all competitive exams.