World NGO Day is celebrated on 27 February to raise awareness about the NGO sector and to encourage people worldwide who are involved and dedicatedly working for a good cause. Let us have a look at World NGO Day history and significance. 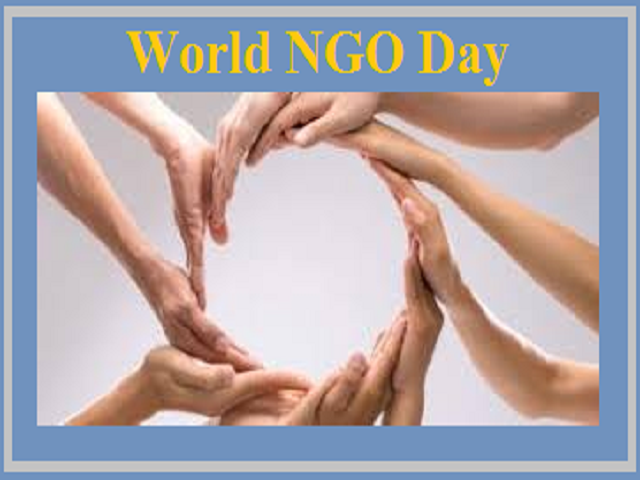 NGO is known as a Non-Governmental Organisation or Non-Profit Organisation that faces several challenges in today's society. NGO plays an important role in various sectors namely education, culture, science or development, etc. The aim of the day is to inspire and encourage people to be involved with NGOs for the betterment of society.

In 2010, World NGO Day was officially recognised by the member countries of the IX Baltic Sea NGO Forum Council of the Baltic Sea States in Lithuania. The Baltic Sea NGO Forum member countries are Denmark, Estonia, Finland, Germany, Iceland, Latvia, Lithuania, Poland, Russia, Norway, and Sweden. On 27 February, 2014, first time World NGO Day was celebrated at Helsinki, the capital of Finland. The event was hosted by the Ministry of Foreign Affairs of Finland. Hundreds of NGOs, the UN, UNESCO, and EU international leaders gathered in the event at Helsinki.

According to Eric Falt, Assistant Director-General of UNESCO said: "This is an opportunity to raise the flag for the NGOs and simply recognises the way they change the world we live in..."

The objectives of celebrating World NGO Day are:

- To highlight the efforts and achievements of NGOs from all the sectors.

- To make people understand the role of NGO in society, what NGO is doing for our society at a local, national and international level.

- To provide a platform of the NGOs to discuss the issues due to which their work is hampered and to share their knowledge and experience with one another.

Let us tell you that the World NGO Day international secretariat announced Mr. Zafar Iqbal, as Honorary Goodwill Ambassador to the “World NGO Day” in Pakistan. He is the founder of “The NGO World”. In 2014, Pakistan, he took the opportunity to celebrate the day for the first time. Since then every year on 27 February different events are organised with a purpose to provide a platform for the Social/NGO sector of Pakistan to share their experiences, replicate their achievements and networking for the greater good.

World NGO Day plays a significant role and is appreciated across the globe. It gives opportunities to remember the founders of NGOs, employees, volunteers, members, supporters and to honour them. There are several ways to celebrate this day. People engage in community work that is initiated by the NGOs in the city.

- To cooperate with local schools/universities to run an event on World NGO Day for students and people. Also, it provides a platform to learn about issues of an NGO and about their opportunities from local charities to international movements.

- To organise activities to raise awareness like sharing messages with the community through online, TV, Radio, newsletter or local newspapers.

- To host celebratory events for raising funds and awareness.

- To organise an NGO "Exchange" event to swap goods and ideas with others. The achievements of NGOs are also showcased through events or awards.

World NGO Day universal concept is Celebrate, Commemorate and Collaborate several NGOs across the world and the people behind them.

To celebrate World NGO Day, the NGO World in partnership with NCRD will organise different programs. Events include A conference for "Social Good", NGO Showcase (Exhibition) and SWERA Awards.

Therefore, we can say that World NGO Day is celebrated across the world with an aim to encourage people and to inform them about the efforts and achievements of NGOs from all sectors. This day also inspires people to consider a career within the third sector. On this day people come to know about those people who are working behind NGOs, their way of working, to discuss issues that affect their work and to form a partnership to resolve a mutual problem.