HBSE 12th Hindi Paper Leaked, Exam Cancelled: Haryana Board 12th Hindi Exam has been cancelled by the HBSE after reports of the paper being leaked surfaced. The HBSE 12th Hindi Paper was scheduled to be held on 30th March, but went viral on social media just 15 minutes prior to the start of the examination. 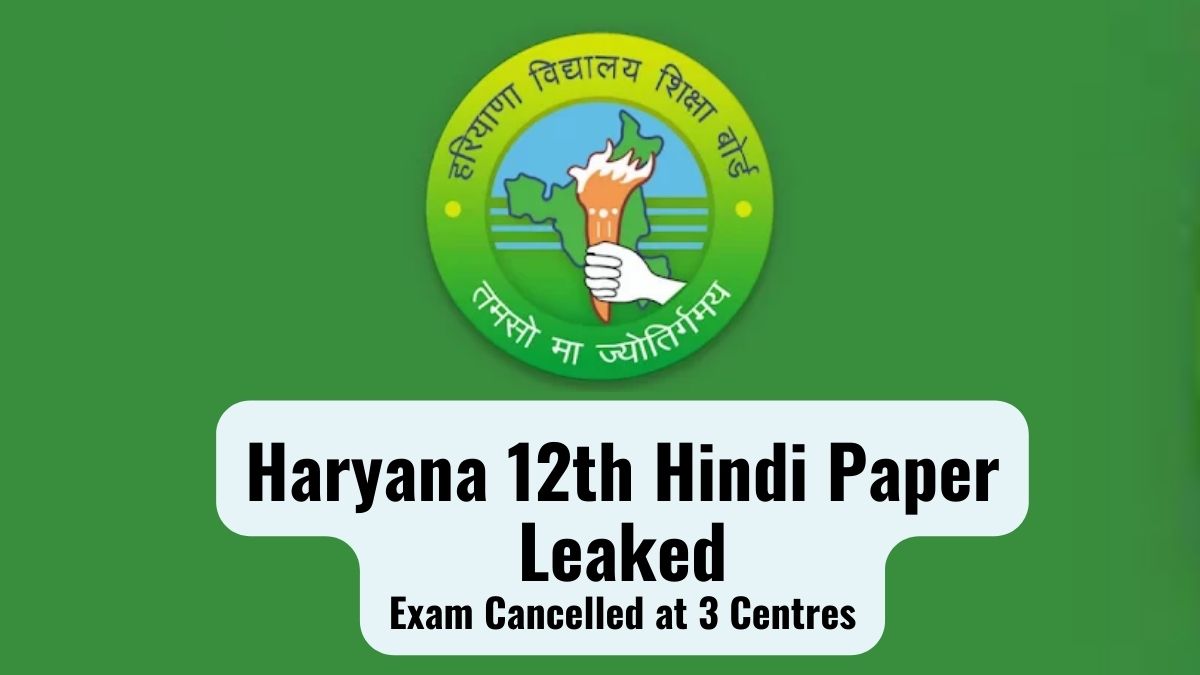 HBSE 12th Hindi Paper Leaked, Exam Cancelled: Haryana Board 12th Hindi Exam 2022 has been cancelled by the HBSE in the wake of the paper leak reports. HBSE 12th Exam 2022 is currently underway and on 30th March the paper for Hindi subject was to be held, which got leaked just 15 minutes prior to the start of the examination. Following the reports of leaks and the paper going viral on social media platforms, the Haryana Board decided to take prompt action and cancelled HBSE 12th Hindi Exam 2022 at 3 exam centres.

The preliminary investigations carried out has hinted that the Hindi paper leak emerged from Mandhauli village in the state. The Haryana Board of School Education Chairman has also issued a statement on the matter of HBSE 12th Hindi Paper Leak to local media agencies, saying that at the time of the paper leak, a van of teachers was raided and they are currently investigation for their role in the paper leak incident. During the raid, the police recovered 3 mobile phones, which were involved in the paper leak controvery. One of the phones recovered had the Haryana Board 12th Hindi paper and it belonged to a teacher on invigilation duty.

Following the reports of paper leak emerging from Mandhauli, the BSEH – Haryana Board got into action and decided to cancel the Hindi exam at all exam centres based in Mandhauli. Following the paper leak incident, these exam centres would be shifted to Bahl. The new date for the cancelled exam for HBSE 12th Hindi Subject will be notified soon for the students who were scheduled to appear from the 3 centres where exam has been cancelled. Students should note that the Class 12 Hindi subject exam was held as per schedule at all the other exam centres throughout the state.

Also Read: Haryana Education Minister To Give Free Tablets For Students of Classes 10 To 12