In this article, you will get a complete List of top 10 boarding schools across India, which have produced geniuses who are exemplified as true icons to follow.

Though enlightenment may come from any horizon, human wisdom lies in getting adhered to its powerhouse that supplies the necessary light to dispel the darkness of ignorance. In fact, this powerhouse is none other than school, where the pupils are given a new shape to progress in their endeavours. In other words, the school is such a hub of learning that enables students to make their niche in life and mark their presence in society. Though our grooming starts from our home, in school we not only learn new things but also polish our already learned things.

What to say about it if we make school our home. It is possible only if we get ourselves enrolled in a boarding school, where we can carry on our educational pursuits in an ambience that motivates us to devote ourselves more to studies and other relevant activities. We are blessed to have a number of prestigious boarding schools in India, where the students have lived and aced to prove their worth. There are top-10 boarding schools across India, which have produced such geniuses who are exemplified as true icons to follow. Many alumni of these schools have been a source of inspiration to their later generations.

So now we are going to illustrate on 10 prestigious boarding schools in India, which are first choice of aspiring students as well as their parents, who want to see their children making success in their efforts to fulfil their cherished desires. 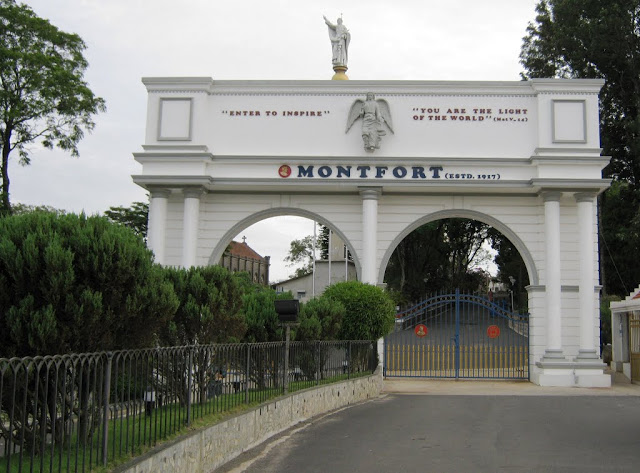 Montfort School, Yercaud, is a secondary school for boys and girls. It is a residential institution run by the Montfort Brothers of St. Gabriel in the town of Yercaud, near Salem in Tamil Nadu state of India. Founded during First World War, it was a European school that began with George Spitteler, the first student to be registered in Montfort on June 1, 1917. After the purchase of ‘Mayfield’ in 1975, the present buildings were allotted to start the Higher Secondary classes. At present, it houses the junior school from Standard III to VII. It is proud of having the alumni like the filmmaker Nagesh Kukunoor, politician Shashi Tharoor, the ex-cricketer Roger Binny and so on.

It’s a boys-only independent boarding school in Dehradun, India. Regarded as one of India’s top school, Doon School was founded in 1935 by Satish Ranjan Das, a Calcutta-based lawyer. The school has a single campus covering approximately 72 acres (290,000 m2) in Dehradun Cantonment area. It has five main houses besides two holding houses, where new students live for the first year. Each house is run by housemaster assisted by a senior known as the house captain. Here, the pupils are called as “Doscos”, a contraction of “Doon” and “school”. Its alumni consist of such luminaries as Rajiv Gandhi, Rahul Gandhi, Prannoy Roy, Karan Thapar, Shivinder Mohan Singh and others of such eminence. 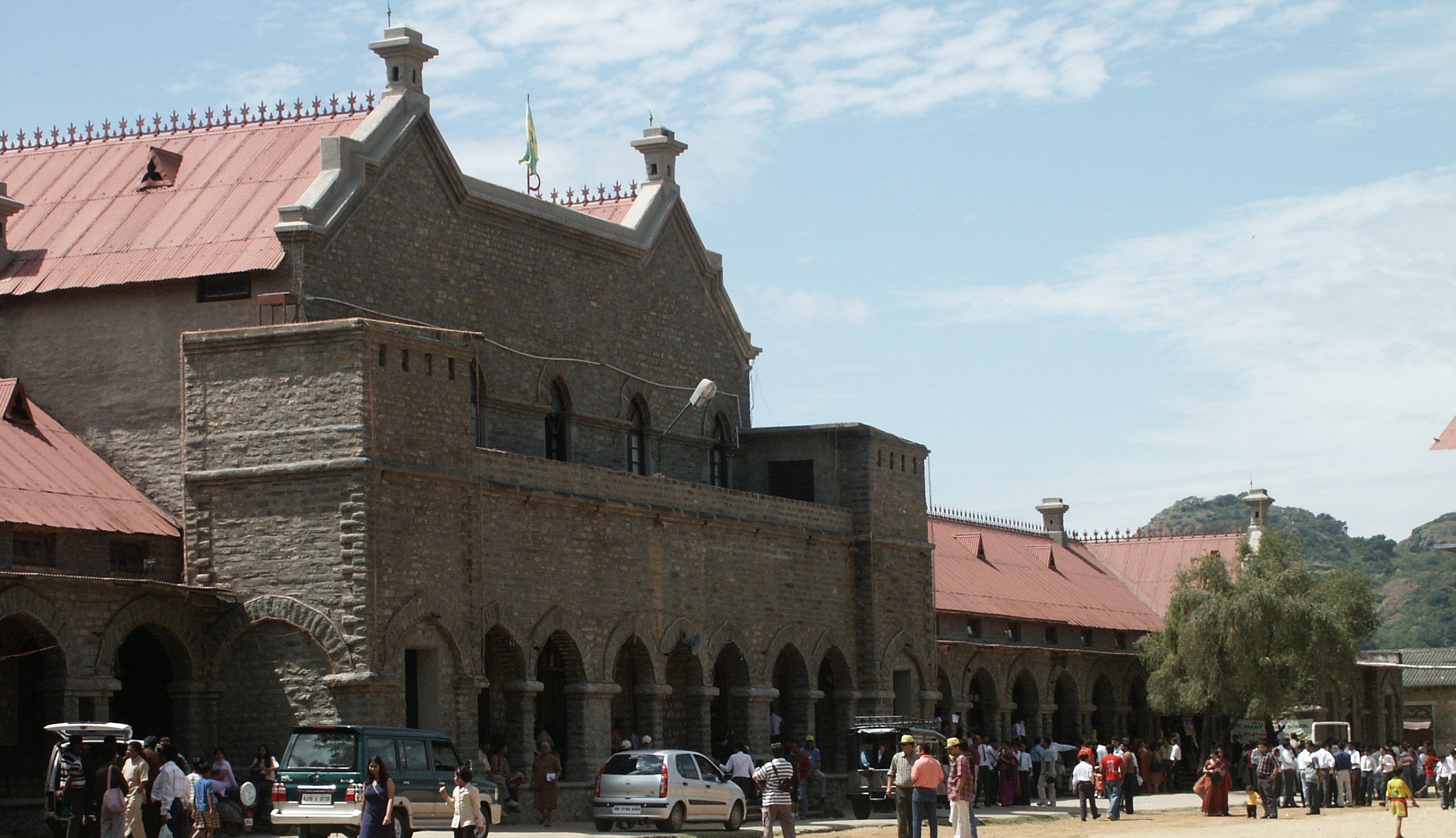 Located away from the hustle-bustle of city life in the oasis of Mount Abu in the Aravalli Range of Rajasthan, it is a private Catholic school operated by the Irish Christian Brothers that accepts boys for both day and boarding. The scholastic years usually runs from March to November. Education begins from grade four and ends at grade then with a centralised ICSE board exam. For sports, the school is facilitated with six fooball pitches, three volleyball courts and four basketball courts besides having a swimming pool.

Founded three decades ago, it’s a co-educational boarding school divided into six houses, each being managed by a House Master who is assisted by a House Captain, a House Prefect and an Assistant Prefect. It has over a 1250 students from age 4 (kindergarten) to age 16 (Xth grade), of which 1,000 are boarders while the rest are day scholars. Originally founded by the British Army as a retreat for soldiers, the school has now developed into a small self-sufficient student township. It is affiliated to the Central Board of Secondary Education (CBSE).

Founded on 28 July 1859 by Bishop George Edward Lynch Cotton, this is one of the oldest boarding schools for boys in Asia. It has four houses. The house tutors or the house masters of the four houses look after them. The school has its own curriculum for classes III to VIII. Classes IX to XII follow the CISCE syllabus. From Classes III to VIII, the boys live in dormitories under the care and supervision of Matrons, boys of the same age group who live together. The alumni of Bishop Cotton are called Old Cottonians, some distinguished among them are Justice R.S. Sodhi, Delhi High Court, H.S. Bedi, Justice, Supreme Court of India and a large number of commissioned officers. 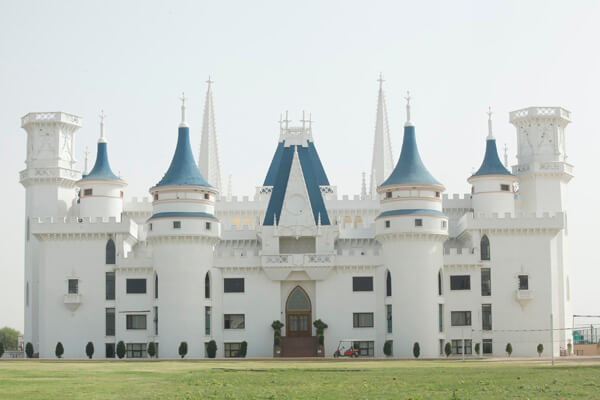 Established in 1957, it is a traditional boarding school for girls located at the foothills of the Himalayas in Dehradun. It progressed from being a school for daughters of elites mostly from North India. It houses Bulbuls, Flycatchers, Hoopoes, Orioles and Woodpeckers — all are named after birds. Each house is looked after by a House Mistress and a Matron, and headed by a two student officials – a house captain and a vice captain. Junior and senior girls have separate hostels. Its notable alumni include Brinda Karat, Subhashini Ali, Kareena Kapoor Khan, Deepa Mehta, Tavleen Singh and so on.

Located in the heart of Rajkot city in a 26-acre of campus, Rajkumar School, Rajkot that later became college was founded in 1868. It’s one of the oldest K-12 institutions in India designed by Colonel Keatinge and was formally opened by the Governor of Bombay, H.B. Sir Seymour Fitzgerald in 1970. Its famous alumni include Himmatsinnhji Vijayaraji, noted ornithologist and a prince of Kutch State; Kumar Shri Duleepsinhji (famous cricketer), Maharaja Bhavsinhji II of Bhavnagar State; Himmatsinhji Vijayaraji, Bhavsinhji Madhavsinhji, the Maharana of Porbandar and others of such repute. 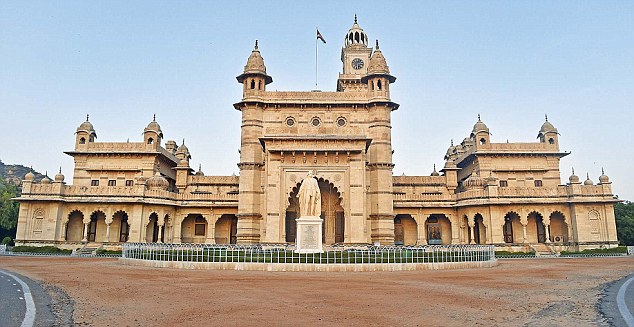 Located in Ajmer city of Rajasthan, Mayo College is a boys-only independent boarding school which was founded in 1875 by Richard Bourke, 6th Earl of Mayo who was the Viceroy of India from 1869 to 1872. It is one of the oldest public boarding schools in India, having a view to provide the leaders of the princely states with such quality education as imparted by Eton College. Actually, the British had built Mayo for the sons of the upper class Indians, especially the princes and nobles of Rajputana. There are 12 houses out of which 8 are Senior Houses, a holding house (Class VII) and 3 Junior Houses. The famous alumni include the politician K. Natwar Singh, the writer Indra Sinha, film actor-director Tinu Anand, actor Vivek Oberoi, theatre personality Aamir Raza Husain and others of such fame. 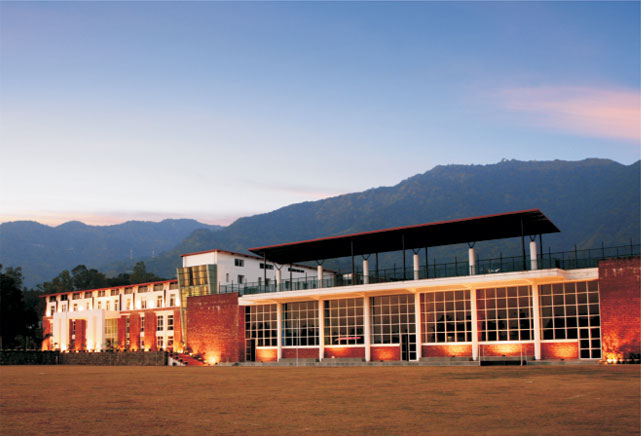 Situated in beautiful surroundings with sylvan environment, Unison World School is a girls’ boarding school in Dehradun where the education is imparted from grades IV to XII. It has tied up with Abbots Bromley School UK and St. Francis’ College, UK for International Exchange Programmes. It is affiliated to the prestigious Council of Indian School Certificate Examination, New Delhi for (I.C.S.E & I.S.C). Its academic year begins from April 1 every year.

Of course, individual talent and toil is the actual wherewithal for a student to reach the desired goal; the ideal environment also plays a significant role in their rise to success. This ideal ambience can be seen in some beautiful school campuses of India where the students can live and pursue their studies in a serene but competitive milieu that keeps them motivated to do better than others and helps them getting hoovered up by reputed companies on covetable positions.