This article talks about the cbse class 12th board exam toppers 2016 from the various regions of country.

The CBSE (Central Board of Secondary Education) Class 12 Board exam results was announced on May 21, around 10:30 am at the official website, www.cbseresults.nic.in.

The CBSE class 12 exams were conducted between March 1 and April 22. All together, 10,67,900 students appeared in the Class 12 examinations out of which 6,21,259 are boys and 4,66,41 are girls. Delhi ranked first among all the Indian states as 2,70,835 candidates appeared from the capital. Girls outperformed boys with 88.58 pass percentage as compared to 78.85% of the boys. Sukriti Gupta, the first topper of CBSE class 12, took the girls and Delhi state to the “best” category. Students from Haryana made their state to secure second and third positions in the list of the toppers.

The goal oriented hard work of CBSE toppers was reflected in their results which in turn made their families and academic institutions proud of them. As reflected from their inspirational statements, CBSE class 12 is obviously only the first step in the gateway of their bright future ahead.

Let’s have a glance of top 10 toppers of different regions of India.

Sukriti, a student of science, secured 99.04 % (497 out of 500) in exams and bagged first rank. A National Talent Search Exam, NTSE, scholar and daughter of an IAS officer, Sukriti scored 100 in physics and chemistry, and 99 in mathematics, English and computer science. She is taking the JEE advanced exam on Sunday. 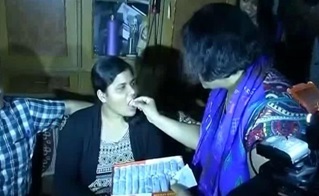 Palak Goel, student of Tagore Vanasthali Public School, Pehowa, near Kurukshetra, Haryana, scored 496 out of 500 marks and stood second in CBSE class 12 exams. Having dreams of becoming an IAS office, she is currently focusing on the coming JEE advanced exam to crack the same. Daughter of a Commission Agent father and homemaker mother, Palak scored 100% in physics, 99% each in chemistry, mathematics, english and physical education. 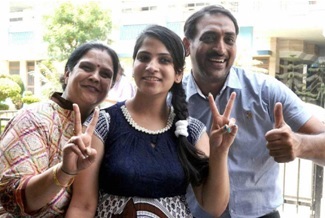 The third position in the CBSE class 12 results has been co-occupied by Somya Uppal of Karnal and Ajish Sekar of Chennai as both of them secured 495 marks out of total 500.

Although Ajish’s expectations were par his hard work, yet he didn’t expected the things to turn so much in his favour. He proved his intelligence by scoring full marks in otherwise difficult math paper and secured 99 marks for the Physics, Chemistry and Computer Science exams, and 98 for the English paper.

Somya Uppal, AIR 3, gave credit for her tremendous success to her parents and god. She finds herself blessed to have the parents who never pressurised her; rather, provided moral support throughout her preparations for the exams. She is excited about the coming avenues and wants to pursue Economic (Hons) from Delhi University. 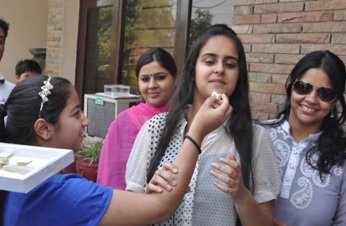 Anshul made her state to stand forth in the CBSE class 12 results and obtained 493 marks to top the exams in the Allahabad region. A student of humanities, she proved the myth that humanity is a hurdle in scoring highest marks, wrong. She scored 100 in history, 99 in psychology and physical education, 98 in economics and 97 in English. She has dreams in her eyes of becoming an economist to bring the country among the developed nation by eradication of poverty. 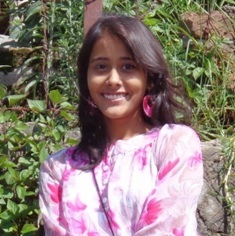 Ayush Jain, a biology student of St Xavier School, Jaipur made his state proud of him by scoring 98.4% in CBSE, class 12 exams results. He is the first ranker of the exam in Jaipur and Rajasthan. His perfect 100 in Informatics Practices and 99 in chemistry and physics and a 98 in biology made him to stand among the top rankers of the country. Having dreams of becoming a doctor to follow the family heritage, he is preparing for coming AIPMT exams. 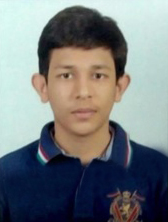 Harshita Sharma, a science student of Milton Public school, Agra restricted herself for social media websites to concentrate exclusively on her upcoming CBSE class 12 exams and stood top in Agra. Despite her family of doctors and social scientists, she sees herself as a software engineer and is preparing for the upcoming JEE Advanced. She scored 97% in class X ICSE exams and credits her success to the cooperative parents. 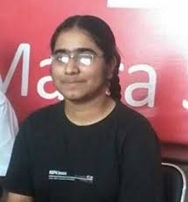 Mudita Jagota scored 485 marked out of total 500 and proved herself as inspirational figure for students of differently-abled category. She credited her unbeatable success to her dedication and willpower to fight the odds to achieve the goals. Her future plans include pursuing studies in Psychology or English honors. 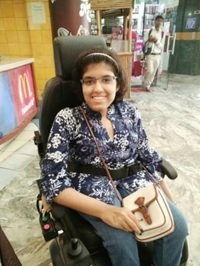