Institute of Banking and Personnel Selection (IBPS) will organize CWE Examination for the recruitment to the clerical cadre in various public sector banks of the country. 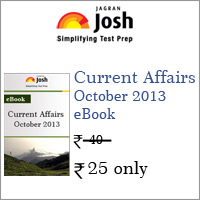 a) Call letter with your recent passport size photograph (which should be the same as uploaded in the online application form) affixed thereon.
b) Photo identity proof such as Passport/PAN Card/ Driving License/Voter’s Card/Bank passbook with photograph/Photo Identity Proof issued by a Gazetted Officer (on official letterhead) or Photo Identity Proof issued by a People’s Representative (on official letterhead)/Identity card issued by a recognized college/University/Aadhar card with photograph/Employee ID in original as well as a photocopy.
c) One ball point pen.

3. You are advised in your interest to apportion the time given judiciously and not to utilize too much time on a particular test(s) at the cost of some other tests.