The following post comprises of the state wise data of the registered and qualified candidates in the JEE Advanced-2014.

In 2014, JEE Advanced was conducted by the CBSE for the second time. For conducting the exam, the whole country was divided into seven zones. These zones are decided on the basis of IITs (Bombay, Delhi, Guwahati, Kanpur, Kharagpur, Madras and Roorkee). Following table consists of the state wise data of the candidates registered & qualified in the JEE Advanced exam. The data clearly indicates that the maximum number of candidates registered & qualified, were from the Andhra pradesh. Another very important fact is that, there are also some of the state from which less than five candidates were able to qualify the JEE Advanced-2014 and from the some states no candidate was able to qualify the JEE Advanced-2014 exam. 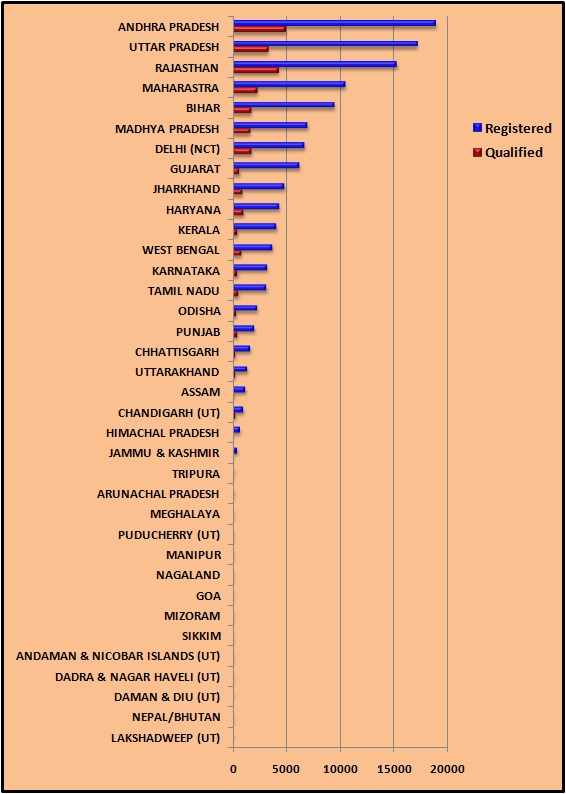