MBA General Awareness for 27 May to 02 June

In MBA entrance exams, General Knowledge questions are asked to check the GK aptitude of the aspirants. Top management entrance exams such as IIFT, NMAT, MAT, SNAP, IBSAT, and CMAT etc carry significant questions on general awareness. The current GK quiz for the week beginning from 27 May to 02 June will test your awareness on latest happenings that occurred on both national and international level in various sectors of the economy.

In MBA entrance exams, General Knowledge questions are asked to check the GK aptitude of the aspirants. Top management entrance exams such as IIFT, NMAT, MAT, SNAP, IBSAT, and CMAT etc carry significant questions on general awareness. The current GK quiz for the week beginning from 27 May to 02 June will test your awareness on latest happenings that occurred on both national and international level in various sectors of the economy.

Read the questions on topics such as: international days, award, and accolades distributed to eminent personalities, new appointments, innovations in science and technology and events in the field of sports and other important areas. Take the quiz and prepare for your GK for the upcoming management entrance exams.

1. When is World Milk Day celebrated to acknowledge the contribution of the dairy industry around the globe?

2. What is the theme of World No Tobacco Day which was observed globally on May 31 by World Health Organization (WHO)?

3. When is International Day of United Nations Peacekeepers celebrated to Honour the memory of the UN peacekeepers who have lost their lives in the cause of peace?

4. The government has recently expanded the Banks Board Bureau (BBB) headed by former comptroller and auditor general Vinod Rai by adding two more members? When did BBB started its functioning?

5. Who has been appointed the new chairman of Internet and Mobile Association of India (IAMAI)?

6. As per the recent news, the United States Senate has confirmed Indian-American Judge Amul Thapar to a key judicial position on the powerful US court of appeals. Where is the Office of Senator located in USA?

7. Where was 70th World Health Assembly was held recently (during 22nd-31st May)? 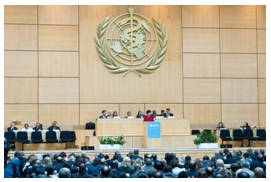 b) United States of America

8. Who has been elected to the Swiss presidency for 2017?

10. India and Russia have signed Saint Petersburg Declaration as a roadmap to enhance cooperation after the 18th annual bilateral summit. Who is the prime minister of Russia?

11. Name the bank with which Asian Development Bank (ADB) has signed a $100 million loan to finance large solar rooftop systems on industrial and commercial buildings throughout India?

12. On which of these issues Indian and Spain have not signed any agreement to boost the bilateral ties?

a) MoU on Cooperation in Organ Transplantation

b) MoU on Cooperation in Renewable Energy

d) Collaboration in the field of digitalization

13. Who among the following is the President of Germany?

14. What is the loan amount that has been granted to India with the World Bank for Himachal Pradesh Public Financial Management Capacity Building Programme?

15. India and Germany inked twelve memoranda of understanding and agreements recently. What is the capital of Germany?

16. India and Fiji have signed MoU on Defence Cooperation. Who is the minister of Defence and National Security of Fiji?

17. India and Mauritius sign four agreements in the field of education, maritime security, marine science and technology. What is the capital of Mauritius?

18. GOI has launched new campaign called Darwaza Band for promotion of toilet usage in the rural areas across. Who is the brand ambassador of the campaign?

19. In Uttar Pradesh, a massive immunisation drive has been launched in 38 districts to eradicate which disease?

21. Which state government has declared Dailong village of Tamenglong district as a Biodiversity Heritage Site of the state?

22. United States has for the first time successfully tested its defence system against an Intercontinental Ballistic Missile (ICBM). Where are the headquarters of Pentagon? 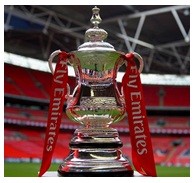 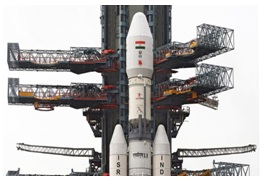 27. Which country has witnessed the launch of its first-ever women’s only television channel? 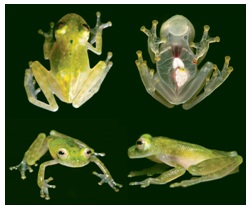 29. Name the country with which Prasar Bharati signed MoU to step up cooperation in the broadcasting sector?

30. Which Indian batsman is the only one to feature in the top ICC ODI Player Batting Rankings list?

You can also download our free PDF to read and practise all the important GK and current affair questions for MAY 2017. All you need to do is click on the link provided below and download the free eBook.

Kindly ‘Subscribe’ with us for practicing weekly General Awareness Quiz and update your business quotient with latest happenings in the corporate world.