Mr. Anand Kumar shares how he faced threats and challenges other than finance in initial days of making Super 30 a success. Moreover, he gave up offers of his personal gains to stay intact on the path of making Super 30 successful. Read this article to know more. 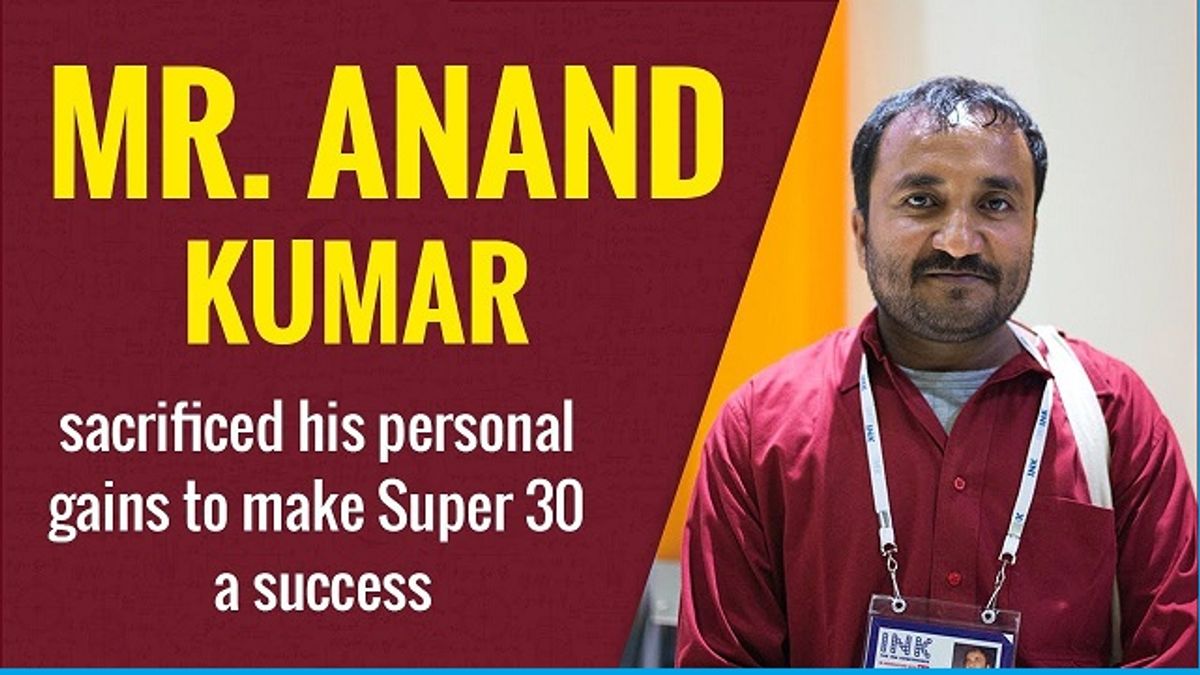 How Mr. Anand Kumar sacrificed his personal gains for Super 30

Success doesn’t come easily, the efforts are not only required for making things work out but also are required to let the things stay intact in difficult situations.

Today, we know that Super 30 is a huge success from past few years, but we have no idea what challenges were faced by Mr. Anand Kumar in achieving this. However, it is a well-known fact now that when you think about a dream, the society stands against you. And, Super 30 by Mr. Anand Kumar is a relevant example of this situation. When he started working on his dream, he had nothing, no finance, no support from influential people or from society. He only had a dream, an idea and willpower that made Super 30 a success in the long-run.

Mr. Anand Kumar mentions that when along with his brother started the coaching institute to teach poor students free of cost, some coaching institutes went against this idea and made countless attempts to stop them in their good work. Even after this, Mr. Anand Kumar did not stop his kind motive towards society, at last, a mafia attacked their Institute, and one of his non-teaching staff suffered serious injuries. There, he got thoughts of closing down the Super 30 coaching Institute. However, his students came together to help him get through these difficult times and hence, the idea and achievements of Super 30 never stopped after this.

Once, Super 30 became a success, many premier JEE coaching institutes came forward offering financial support to Mr. Anand Kumar for Super 30, but he politely declined any financial help from them. He says that he never pursued people for funds to run Super 30.

A common question that all JEE aspirants who want to take coaching under Super 30, have is why the coaching institute only have 30 students?. And to announce good news for all such aspirants Mr. Anand Kumar shared that he along with Navodaya Vidyalaya Committee has decided to add 63 more students. Therefore, now with help of popular Navodaya Vidyalaya as many as 93 students will be getting coaching for IIT JEE under Super 30. Moreover, the Navodaya Vidyalaya Committee will be taking care of expenses of all these students including study material, food and place to stay.