NCERT Solutions for Class 7 Geography Chapter 3 - Our Changing Earth are provided here. Download the best answers for easy and quick preparations for the exams. 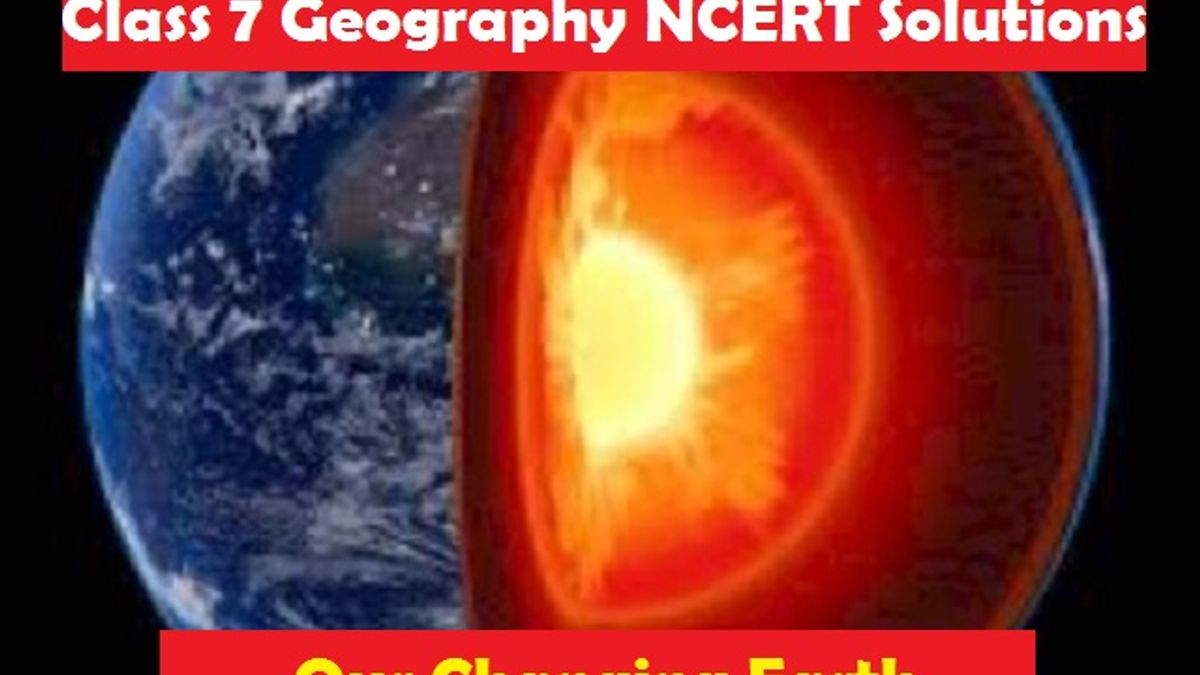 (i) Why do the plates move?

The movement of molten magma inside the earth causes the plates to move.

(ii) What are exogenic and endogenic forces?

(iii) What is erosion?

The wearing away of the landscape by different agents like water, wind, ice, etc. is called erosion.

(iv) How are flood plains formed?

When a river overflows its banks, it results in the flooding of the nearby areas. When it floods, it deposits layers of fine soil and other material called sediments along its banks. This leads to the formation of a flat fertile plains named as floodplains.

(v) What are sand dunes?

In deserts, the fast moving winds lift and transport sand from one place to another. When the wind stops blowing, the sand falls and gets deposited in the low hill-like structures. These structures are known as sand dunes.

(vi) How are beaches formed?

The sea waves deposit sediments along the seashores. This leads to the formation of beaches.

(vii) What are the ox-bow lakes?

(i) Which is not an erosional feature of sea waves?

(ii) The depositional feature of a glacier is:

(iii) Which is caused by the sudden movements of the earth?

(iv) Mushroom rocks are found in:

(i) Some rocks have the shape of a mushroom.

When river water overflows, it results in the flooding of the neighbouring areas. This deposits a layer of fine soil and other sediments on the river banks, which leads to the formation of fertile flood plains.

The sea waves strike at the rocks and form the cracks in the rocks. These cracks become bigger over time forming the hollow caves on the rocks. They are called sea caves. Further erosion by the waves breaks the roof, leaving only the walls. These wall like features are called stacks. Thus, through continuous erosion, sea caves are turned into stacks.

(iv) Buildings collapse due to earthquakes.

During an earthquake, vibrations are produced within the earth’s surface as a result of the movement of the Lithospheric plates. When these vibrations travel outwards from the epicentre as waves, this leads to a sudden movement of the Earth's surface which results in the collapse of buildings.

Download all the NCERT Solutions for Class 7 Geography Chapter 3 from the following link: