NCERT Solutions for Class 7 Social Science History Chapter 5 - Rulers and Buildings are provided here for free PDF download. All these solutions have been designed for the latest NCERT Book. Read here the best answers to score high marks in your exams. 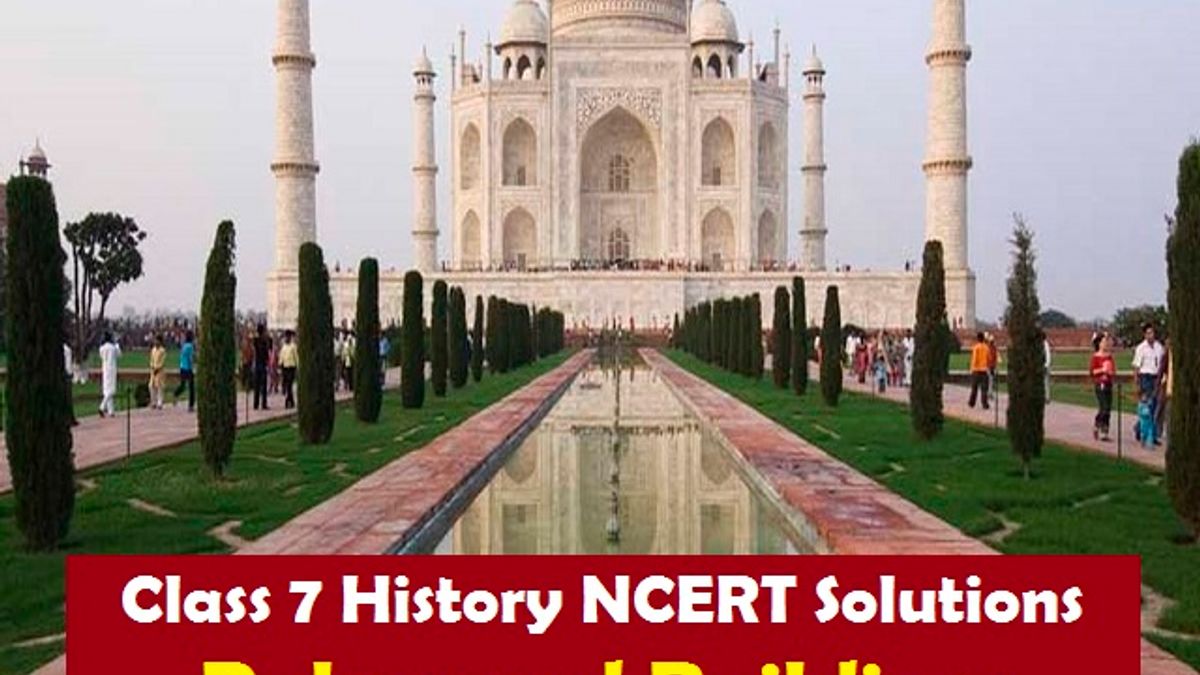 NCERT Solutions for Class 7 Social Science History Chapter 5 - Rulers and Buildings are best to clear the concepts and remove all your doubts. Nothing can match the simplicity and accuracy of these solutions which are easy to understand and very effective for exam preparations. We have provided here answers to all the questions given at the end of chapter 5 of the latest NCERT Book for Class 7 History. All the answers are provided here in a readable and downloadable format.

Check below the NCERT Solutions for Class 7 History Chapter 4 - Rulers and Buildings:

1. How is the “trabeate” principle of architecture different from the “arcuate”?

The top most pointed portion of a temple is called shikhara.

Pietra dura is the coloured hard stones placed in depressions carved into marble or sandstone, creating the beautiful ornate patterns.

4. What are the elements of a Mughal chahar bagh garden?

A Mughal Chahar Bagh was a garden that was placed within a rectangular walled enclosure. It was divided into four quarters by artificial channels. These gardens were known as ‘Chahar Bagh’ because of their symmetrical division into four parts.

5. How did a temple communicate the importance of a king?

Kings constructed temples to demonstrate their devotion to God and also to show off their power and wealth.  For example, the Rajarajeshvara temple was built by King Rajarajadeva for the worship of his god, Rajarajeshvaram. The names of the rulers and the gods were very similar. The king used to take the god’s name because it was auspicious and he wanted to appear like a god. Thus, through the rituals of worship in the temple, one god (Rajarajadeva) honored another god (Rajarajeshvaram).

The largest temples were all constructed by kings. The other, lesser deities in the temple were gods and goddesses of the allies and subordinates of the ruler. In this way, the temple was a miniature model of the world ruled by the king and his allies.

The architectural elements of Shah Jahan’s diwan-i khas were fused together in a grand harmonious synthesis to create an image of Paradise on Earth. It was an audience hall placed within a large courtyard. It was constructed to resemble a mosque. The pedestal on which Shah Jahan’s throne was placed was frequently described as the ‘Qibla’, i.e., the direction faced by Muslims at prayer. These architectural features suggested the king as a representative of God on earth and communicated a sense of divine justice where the high and the low would be treated as equals

7. How did the Mughal court suggest that everyone – the rich and the poor, the powerful and the weak – received justice equally from the emperor?

Answer: The Mughal court suggested that everyone – the rich and the poor, the powerful and the weak – received justice equally from the emperor in the following ways:

8. What role did the Yamuna play in the layout of the new Mughal city at Shahjahanabad?

The river Yamuna played a significant role in the layout of the new Mughal city at Shahjahanabad. Shah Jahan adapted the river-front garden in the layout of the Taj Mahal, the grandest architectural accomplishment of his reign. He used this architectural form as a way of controlling the access that the nobles had to river Yamuna. The imperial palace constructed in the new city of Shahjahanabad had the Yamuna river-front view. Only the favoured nobles of the Emperor, like his son Dara Shikoh, had access to the river. All others were ordered to construct their homes in the city, away from the river Yamuna

Download all the NCERT Solutions for Class 7 History Chapter 5 from the following link: