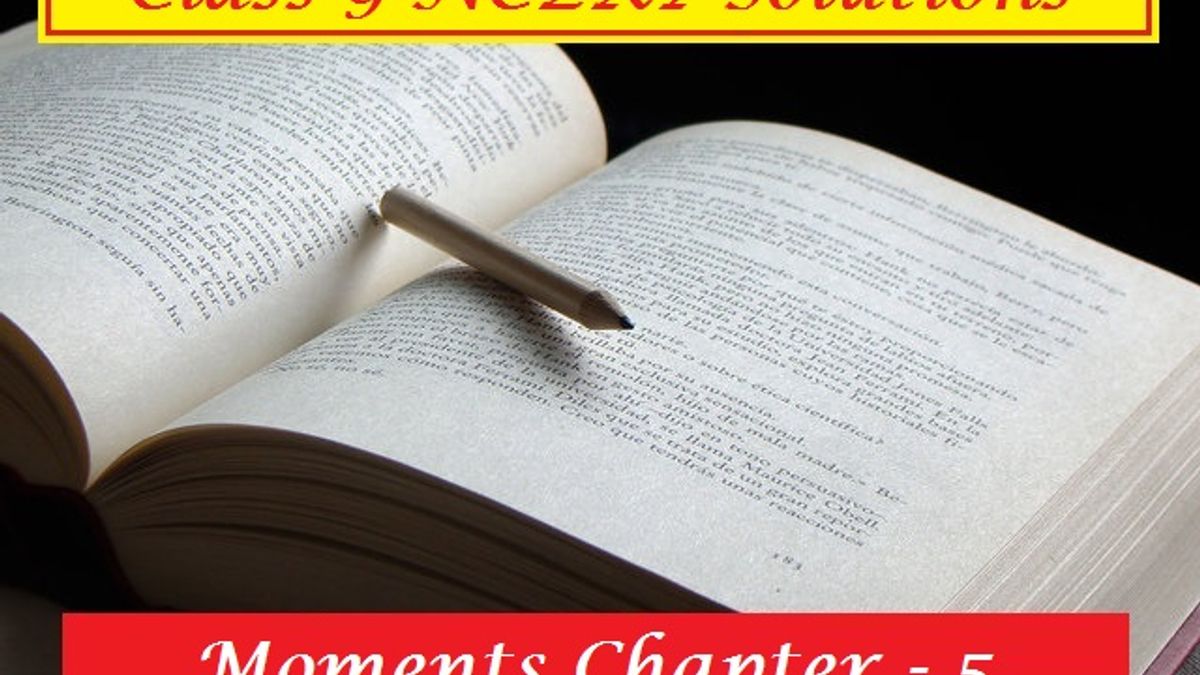 NCERT Solutions for Class 9 English Moments Chapter 5 - The Happy Prince will provide you with accurate and reliable answers for all questions given in the chapter. All these solutions have been prepared according to the CBSE guidelines for writing perfect answers. Download here the Free NCERT solutions for all questions given in the NCERT Class 9 English Moments Chapter - 5 in PDF format and refer to the same as and when required.

Check below the NCERT Solutions for Class 9 English Moments Chapter 5:

1. Why do the courtiers call the prince ‘the Happy Prince’? Is he really happy? What does he see all around him?

The courtiers called the prince ‘the Happy Prince’ because he was always happy. He did not know what tears were as he lived in a palace where sorrow was not allowed to enter.

No, he is not really happy. After death when he was made into a statue, tears flowed down his eyes on seeing the ugliness and the miseries of his city.

The Happy Prince sent a ruby for the seamstress because she was very poor and could not feed her child who was suffering from fever. He was asking for oranges but his mother had nothing to give him.

The Happy Prince saw the poor lady and her son. He felt pity for them. So, he asked the swallow to pick out the ruby from the sword and give it to the seamstress. The swallow with ruby in his beak went to the seamstress’s house. When he reached there, she had fallen asleep. So, the swallow kept the ruby on the table where she worked. He then flew round the bed fanning the boy’s forehead with his wings. This made the boy feel relaxed and he went to sleep.

3. For whom does the prince send the sapphires and why?

The Happy Prince sent the sapphires for two people. First he sent a sapphire for a young writer who was trying to finish a play for the Director of the Theatre, but he was too cold to write anymore. There was no fire in the grate and hunger had made him faint. Prince sent him a sapphire so that he could arrange money by selling it and buy firewood, and finish his play in time.

The prince sent his second sapphire to a poor match girl. She was standing in the square just below him. Her matches had fallen into the gutter. The prince knew that her father would beat her if she did not bring home some money. So, the prince gave her the second sapphire, seeing which she became very happy and ran home smiling all the way.

4. What does the swallow see when it flies over the city?

When the swallow flew over the city he saw different types of people. He saw the rich making merry in their beautiful houses, while the beggars were sitting at the gates.  When he flew into the dark lanes he saw the white faces of starving children looking out listlessly at the black streets. Under the archway of a bridge, he saw two little boys lying in each other's arms trying to keep themselves warm in the rain. They were extremely hungry and had no shelter but the watchman shouted at them and ordered them to vacate the archway.

5. Why did the swallow not leave the prince and go to Egypt?

Since the prince had given away the two sapphires of his eyes to the people in need, he had become blind. Touched by his kindness and to give him support, the swallow decided to stay with the prince always. He left the idea of going to Egypt and decided to serve the Prince.

6. What are the precious things mentioned in the story? Why are they precious?

The precious things mentioned in the story are the leaden heart of the happy prince and the dead bird. They are both precious because they were kind and selfless. The prince was very sad to see the ugliness and miseries of his city. He gave away all his precious stones and gold to make his people happy.

The little swallow was precious because he sacrificed his trips to Egypt and showed kindness by carrying the Prince’s messages to the poor. He decided to stay back for the Prince when he was blind, though he knew that he would face difficulties in winter. Finally when he could no longer bear the cold he died and fell down at the Prince’s feet. The prince loved him so much that his leaden heart broke into two.

When God asked one of the angels to bring him the two most precious things in the city, the angel brought him the leaden heart and the dead bird. God appreciates the angel’s decision and said that the little bird would forever sing in his garden of Paradise and the Happy Prince would praise him in his city of gold.