RRB NTPC Result 2016 is expected to be announced on 20 September. Second stage of CBT will follow thereafter. 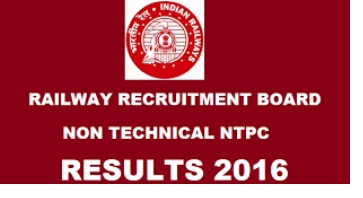 Result of the biggest online examination ever held, RRB NTPC 2016 is expected to be announced on 20 September. Candidates are therefore suggested to keep patience and brace up their preparation for the next stage of Computer based test.

The RRB NTPC Result 2016 is expecting delay due to intense scrutiny process as it being the world’s largest online exam which is held in 74 shifts. The Railway Recruitment Board conducted the RRB NTPC Exam in the month of March/ April/ May 2016 for recruitment to 18252 Non-Technical Popular Category (NTPC) posts across various centres/ zones.

RRB NTPC recruitment 2016 for 18252 Non-Technical Popular Category (NTPC) posts summoned around 93 lakh applications of candidates out of which 56 lakh candidates were shortlisted and appeared in the written examination. Candidates can expect a high cut off in written exam RRB NTPC 2016 result as the exam paper was of moderate difficult level and the question paper didn’t have any specific sections and the entire question paper was rather a random set.

Meanwhile, all those examinees who appeared in the RRB NTPC 2016 written examination must know the recruitment procedure followed once the result is out. After the declaration of RRB NTPC Result 2016, the board will schedule dates to conduct skill test, aptitude test and document verification. The recruitment method varies with different posts i.e., for Junior Accounts Assistant, Senior Clerk and Senior Time Keeper the RRB will conduct typing skill test. Aptitude test will be conducted for Assistant Station Master and Traffic Assistant posts.

The RRB NTPC Result 2016 will be announced on the website of various lists of Railway Recruitment Boards by 20 September 2016. Candidates who appeared in the written examination can check their result on the concerned website of the zones when declared.