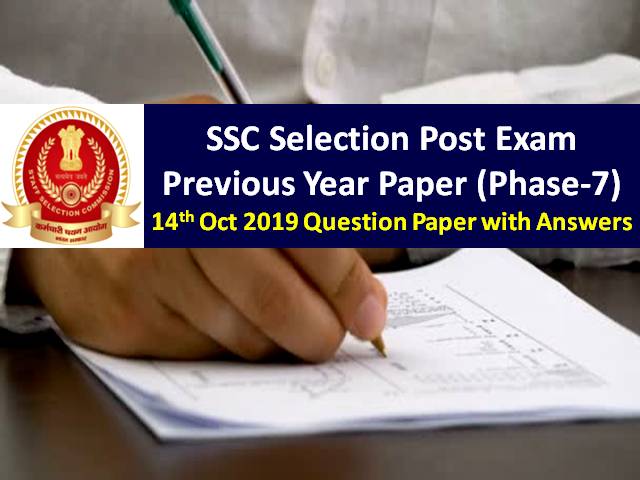 Q1. The average of 7 consecutive numbers is 20. The largest of these numbers is:

Q3. A trader marks his goods at 35% above the cost price. He sells 80% of the goods at the marked price and rest, he sells by allowing 35% discount on the marked price. His profit percent is:

Q8. A student cover a distance by cycle at 6 km/hr. He returns to the starting point in a bus at a speed of 42 km/hr. The average speed for the entire journey is:

Q11. If 7 men and 4 women working together, can do five times as much work per hour as one man and one woman together, then the ratio of the work done by a man and that of a woman for a given time is:

Q12. There are 1550 boys and girls in a school. The number of girls exceeds the number of boys by 500. What is the percentage of girls in the school?

Q13. The average of six numbers is 36. If one number is excluded, the average becomes 37. What is the excluded number?

Q16. What is the area of a sector of a circle, with central angle 75°, what the diameter of the circle is 9 cm?

Q19. A shopkeeper sold an article for Rs. 540 at some profit. Had he sold it for Rs. 470, then there would have been a loss equal to one-sixth of the initial profit. What was the cost price of the article?

Q23. If each side of a rectangular field is increased by 32%, then by how much percent does the area of the field increase?

Q26. Identify the word that is misspelt.

Directions (27 to 33) Comprehension: Read the passage and answer the questions given below it.

We are all aware of the danger posed to our lives by pollution. The evidence on pollution’s danger is powerful. It is linked not just to breathing problems but also to increased rates of heart attacks, strokes, cancer, dementia, premature birth and much more. Those who live with polluted air are more likely to die prematurely.

It is especially important to protect those most vulnerable to dirty air’s effects - children, older people and those with heart or lung conditions.

Here are some things we can do to help protect ourselves and our family.

One can begin by choosing one’s route wisely. There are variations in pollution levels, within the same city - even the same neighborhood. It has been found that individuals take in different amounts of toxic air, depending on exactly where they live, and where their routines take them.
This insight can help us to limit the pollution we are exposed to. When walking, running or biking, “the things you can very are, where do you go and when do you go, “said Darby Jack, Associate Professor of Environment Health at Columbia University. By doing these two things we can bring about a reduction in exposure to pollution. Limiting exposure is particularly important during exercise, when we take in more air.

Thus staying clear of the busiest roads, even just by choosing a parallel route a block away, can halve the pollution one breathe in.

Route choice is as important for drivers as for pedestrians, since exhaust fumes can become even more concentrated inside a car. Being careful about the time of day one travels can also be very helpful in protecting oneself against pollution. It has been founded that travelling at less polluted times helps greatly because rush hours, as we all know, generally bring pollution peaks. “It’s basically about awareness,” said frank kelly, director of the Environment Research Group at King’s College, London. “You need to understand where you are being exposed the most, and then you need to be able to take measures to avoid that.''

a. Pedestrians, cyclists and bus drivers.
b. Elderly, children and people with lung problems?
c. Men and women above fifty
d. Doctors who deal with respiratory diseases

Q28. Select the correct option.
If we select our route carefully we can

a. Interact with our neighbours
b. Halve the pollution we breathe in
c. Get a free ride to work
d. Find out about new car pools easily

Q29. Select the correct option.
Choosing the timing of our daily routine is important because one can

a. Relax and use the mobile
b. Get very good bargains
c. Enjoy driving on empty roads.
d. Avoid peak hour pollution

Q31. Select the correct option.
It is not safe to be inside an air-conditioned car because

a. We get exposed to other people’s infection
b. The congestion can trigger a heart attack
c. The car can overheat and explode
d. It can be more toxic than outside

Q32. Select the most appropriate meaning of the underlined phrase in the given sentence.
Let’s discuss what happened. Don’t beat about the bush

a. Be very secretive and hide things.
b. Avoid talking about what is important
c. Talk rudely and loudly
d. Confide about one’s feelings

Q33. Select the most appropriate meaning of the underlined phrase in the given sentence.
My leaving the job with an NGO proved a blessing in disguise as I got a better job.

Q34. Identify the word that is misspelt.

Q35. Select the correct option to fill in the blank.
My foreign guest really _______ the Indian food we served last night.

a. Was sleeping
b. Enjoying
c. Enjoyed
d. Were enjoyed

Q37. Select the correct indirect form of the sentence.
Ravi said, “Juhi has gone to the ATM to withdraw money”

Q38. Identify the word that is spelt correctly.

Q39. Select the most appropriate antonym of the given word.
DEVELOPED

Q40. Select the most appropriate synonym of the given word.
Agitated

a. Sure
b. Lazy
c. Confident
d. Upset

Q41. Select the word which means the same as the group of words given.
Far away from other places

Q42. Select the word which means the same as the group of words given.
Suggesting that something unpleasant is likely to happen

Q43. Select the most appropriate synonym of the given word.
ELIMINATE

Q45. Select the most appropriate antonym of the given word
NORMAL

Directions (46 to 50) Comprehension: In the following passage some words have been deleted. Fill in the blanks with the help of the alternatives givens. Select the most appropriate option for each blank.

Q46. Select the correct option to fill in the blanks no. 1
a. Offers
b. Offering
c. Offered
d. Offer

Q47. Select the correct option to fill in the blanks no. 2

Q48. Select the correct option to fill in the blanks no. 3

Q49. Select the correct option to fill in the blanks no. 4

Q50. Select the correct option to fill in the blanks no. 5

Q51. What of the option figure will replace the question mark to continue the figure series given below?

Q53. In a code language, ‘FOAG’ is written as ‘PGHB’. How will ‘LAMB’ be written in that language?

Q55. Which option represents the correct order of the given words as they would appear in English dictionary?

Q56. Select the combination of letters that when sequentially placed in the gaps of the given letter series will complete the series.
_UK_D_KZD_KZ

Q57. Select the correct alternative to indicate the arrangement of the following words in a logical and meaningful order.

Q58. In a code language, ‘FACTORY’ is written as ‘ACFORTY’. How will ‘CONFIRM’ be written in that language?

Statement:
All gardens are play-grounds
No playground is house

Conclusion:
Some gardens are house
Some playground are gardens

Statement:
Some prizes are papers
All papers are certificate

Q63. Which letter cluster will replace the questions mark to complete the given series?
TPD, URG, ?, WVM

Q68. In a code language, ‘SAINT’ is written as ‘UCKPV’. How will ‘WASTE’ be written in that language?

Q69. Which letter cluster will replace the questions mark to complete the given series?
BLACK, BLACL, BLADL, BLBDL, ?, CMBDL

Q70. Select the combination of letters that when sequentially placed in the gaps of the given letter series will complete the series.
M_Q_DMC_Y_MC_YD

Q71. In a code language, ‘TEMPER’ is written as ‘ETPMRE’. How will ‘CHROME’ be written in that language?

Q73. Select the correct mirror image of the given number cluster when the mirror is placed to the right side of the cluster: 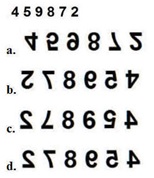 Q76. Blood in urine or stool can be caused by the deficiency of which of the following vitamin?

Q77. Which of the following is a folk painting form of Bihar?

Q79. Which Indian received the nobel peace prize of 2014?

Q80. Which of the following Indian has won the Oscar twice?

Q82. Which aspect of Indian constitution has been influenced from South Africa?

a. Imposition of Emergency
b. Removal of temporary provisions in any article
c. Fundamental rights
d. Election of members of Rajya Sabha

Q83. What was the first element discovered by Marie and Pierre Curie?

Q84. Which of the following match in correct?

Q85. Which of the following is NOT an Indian Classical Dance form?

Q88. Which of the following is the largest tectonic or lithospheric plate of Earth?

Q90. What was the total time taken by Chandrayaan-2 lander to reach near moon surface.

Q91. Which of the following has been adjudged as the ‘Beat Swachh Iconic place’ of India for 2019?

Q95. What was the codename given to the atomic bomb that exploded in Hiroshima during World War II?

Q96. Which of following is the world's most populous democracy?

Q97. Who first designed the current tricolour flag of Government of India?

Q98. Who has been selected as best female Asian athlete 2019 by Asian sportswriters Union?

Q99. According to the 1960 Indus Waters Treaty, the eastern rivers of the water system - Sutlej, Ravi and _____, were to be with India