If you want to try your luck in acting, you must polish your skills. Here are film schools in India which will help you realize your dream of becoming an actor. 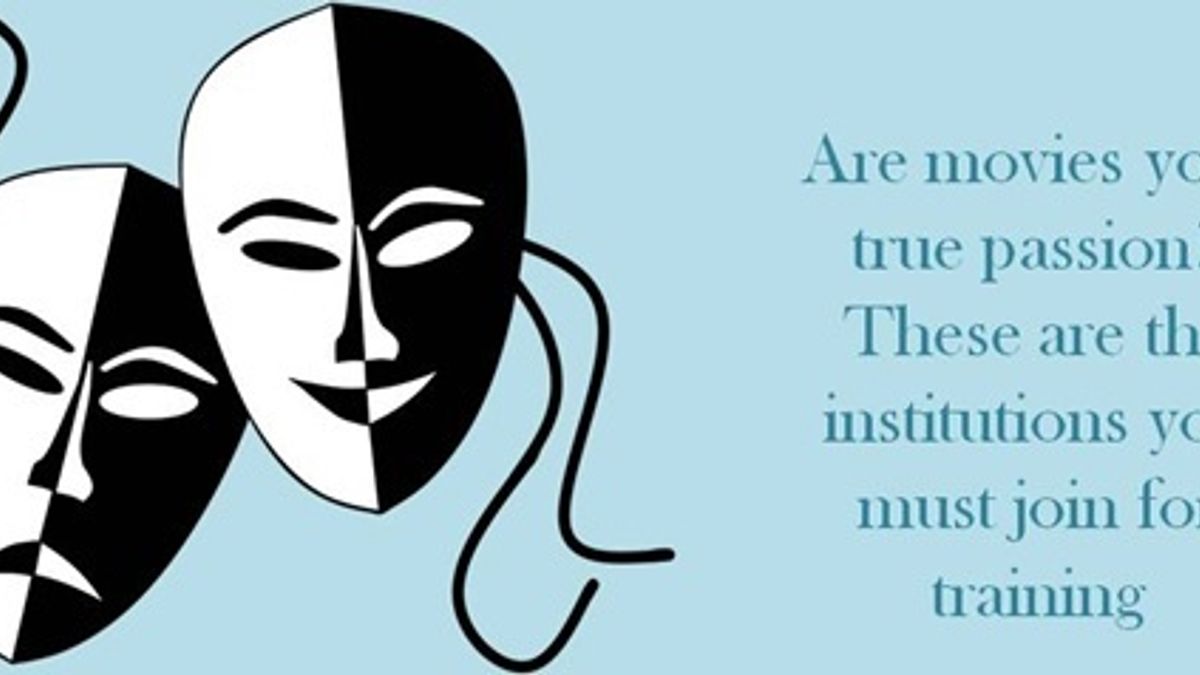 Movies become a big part of our lives right from childhood so it doesn't come as a surprise that a great number of people are attracted towards it as a career option. Having impersonated the movie stars all through our childhood, acting comes naturally to many of us. A lot of youngsters these days want to make a career in acting because of the glamour factor attached to it. If you are one of those people and seek fame, money and artistic satisfaction in life, acting might be a very good career option for you.

Like other talents, acting is mostly an inherent ability. However, also like other talents, it requires polishing under able guidance. In this article you can go through the list of the top 10 institutes where you can sharpen your skill as an actor. Take your pick on the basis of your skill-set and what you wish to achieve in the future. The list mentioned below is in no particular order.

FTII boasts of a rich legacy in quality Indian cinema and was established as 'Film Institute of India' in 1960 on the erstwhile Prabhat Studio premises at Pune. The Institute was renamed 'The Film and Television Institute of India' in 1971. The Television Wing of the institute was earlier located at the Mandi House in New Delhi but was shifted to Pune in the early seventies, bringing together the training in film and television under a common roof. FTII is commonly regarded as a center of excellence across the world and is a member of CILECT, an international association of film schools.

Barry John Acting Studio (BJAS) operates under the non-profit association, Theatre in Education Trust  whose goals are to spread knowledge of and interest in theatrical and media arts through education. BJAS is also associated with Imago Media Company Pvt Ltd which has interests in film production through Barry John Films. The studio was initially launched in Noida and later a branch was opened in Mumbai as well.

3. The National School of Drama (NSD)

The National School of Drama (NSD) is based in country's capital New Delhi and is one of the foremost theatre training institutions in the world. It was set up by the Sangeet Natak Akademi as one of its constituent units in 1959. Training in the School is highly intensive and is based on a thorough, comprehensive, carefully planned syllabus which covers every aspect of theatre and in which theory is related to practice. As a part of their training, students are required to produce plays which are then performed before the public.

Based in Mumbai, this institute was founded by actor Anupam Kher. ACTOR PREPARES is India's finest acting school for talented individuals who wish to pursue careers as actors and writers in the entertainment industry. Established in 2005 by Anupam Kher, it is the only school for actors and writers in the world to be founded by an actor-director who is professionally active.

Whistling Woods International is a film, communication and media arts institute located in Mumbai, India. The institute is promoted by Indian Filmmaker Subhash Ghai, Mukta Arts Limited and Film City Mumbai. In July 2014, The Hollywood Reporter named Whistling Woods on its list of "The best film schools in the world". The school was first ranked among the top 10 film schools by The Hollywood Reporter in 2010.

If you dream of being in front of the camera or be associated with filmmaking in any way, these are the film schools you should head towards for good guidance.