Final results have been declared for UPSC Combined Medical Services Exam 2016. Candidates who had appeared for the personality test can now check their result at the official portal of UPSC (upsc.gov.in). 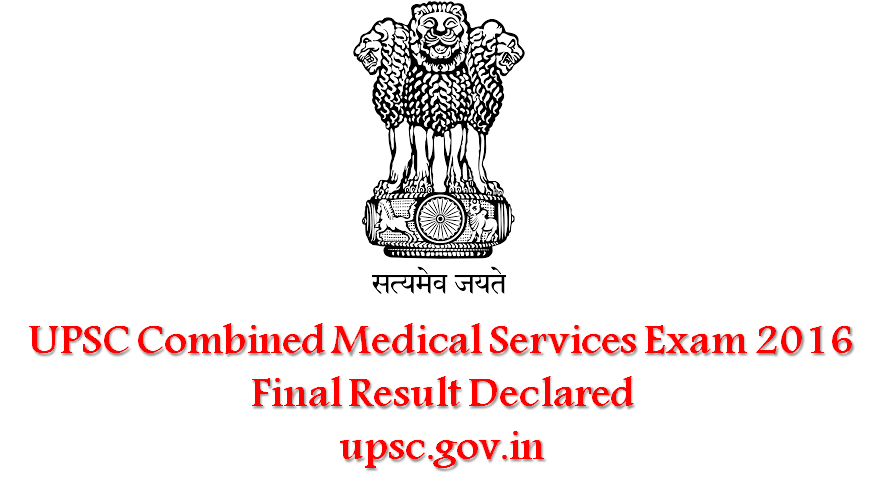 Final results have been declared for UPSC Combined Medical Services Exam 2016. Candidates who had appeared for the personality test can now check their result at the official portal of UPSC (upsc.gov.in).

The Commission has recommended a total of 894 candidates for appointment. While 426 candidates have been selected from general category, 328 belong to other backward classes and the rest to SC and ST.

A total of 21 PH candidates have also made their way to the final merit list. In addition to the merit list, the candidature of 253 candidates has been kept provisional. The offer of appointment to the candidates whose result has been kept provisional will not be issued till the Commission verifies the original documents awaited from such candidates. The provisionality of these candidates will remain valid only for a period of six months from the date of declaration of Final result. In case the candidate fails to submit the requisite documents as required by the Commission within this period, their candidature will be cancelled and no further correspondence would be entertained in this regard.

Important Note: Union Public Service Commission has a ‘Facilitation Counter’ near Examination Hall Building in its Campus. Candidates may obtain any information/clarification relating to this Examination on working days between 10:00 A.M. and 05:00 P.M. in person or over Telephone Nos. 011-23385271 and 011-23381125 from the Counter. The mark sheet of UPSC CMS Exam 2016 is expected to be available on the website www.upsc.gov.in within fifteen days from the date of publication of result.