Scientists have developed an ultra-thin artificial leaf that absorbs sunlight to generate hydrogen fuel from water, similar to an actual plant leaf. 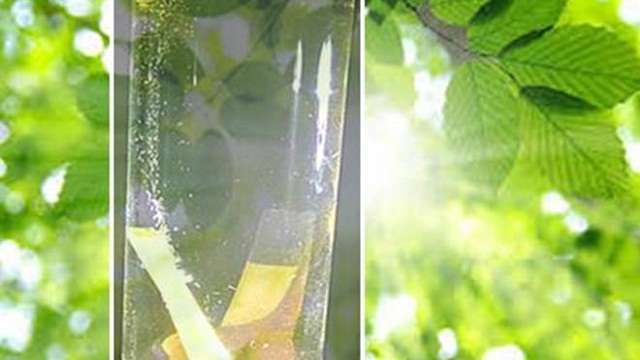 Scientists have developed an ultra-thin artificial leaf that absorbs sunlight to generate hydrogen fuel from water, similar to an actual plant leaf.

The creation of the wireless device is an advance that may provide clean energy for powering eco-friendly cars in the future.

Elaborating on the same, Chinnakonda S Gopinath, a senior principal scientist at the Council of Scientific and Industrial Research (CSIR)-National Chemical Laboratory in Pune, said that, "It is known that hydrogen generation from renewable resources will be the ultimate solution to our energy and environment problems.”

Gopinath said that his team had been working in the area of water splitting to generate hydrogen for nearly a decade. Though India basked in sunlight, not enough had been done to translate it into energy, he said. He further added that this line of research is very relevant to our country.

Main Highlights of the Device

• It consists of semiconductors stacked in a manner to simulate the natural leaf system.

• The device with an area of 23 sq cm could produce 6 litres of hydrogen fuel per hour.

• When exposed to sunlight for 25 hours, the device retained its efficiency.

• The cell does not need any external voltage and performs better than existing solar cells.

Hydrogen is believed to be one of the cleanest forms of fuel, as its main by-product is water.

Currently, hydrogen is produced from fossil fuels by steam reforming, a process that not only involves exhaustible energy source but also leads to the emission of a large amount of carbon dioxide (CO2) - a green house gas that promotes global warming.

The present experiment was an attempt to generate solar hydrogen. According to Gopinath, the preparation method of the experiment is simple and practical and hence, it can be done on a larger scale.

The research was published in an online open-access journal called Scientific Reports.