A 3300 Years Old Cave Found In Israel. The Inside Story May Give You Shocks

The discovery of caves is unlikely in the present-day century, but this miracle has recently happened in Israel with the discovery of a 3300 years old cave. Superbly astonishing yet interesting materials have been discovered from the cave. Read the article and enjoy the investigations.

Age-old caves have always been of interest to mankind, but in the twenty-first century that we live in today, finding such astonishing caves is seemingly impossible. Yet, a 3300 years old cave was recently found in Israel. Interestingly, while some of the objects found in the cave are essential utilities, some are rather spooky!

Out of all the things found in the cave, some were earthen utensils and bronze artifacts. Not to miss, some skeletons were also found in the cave, which indeed seems extremely horrific. It is assumed that people who had died were buried inside the cave along with their belongings, as it was a custom in many ancient societies. While it is assumed that the materials found belong to the era of Pharaoh Ramesses II, however, nothing regarding the materials found is officially stated.

The Israel authority released a video showcasing all the artifacts and antiques found of different sizes. It is said that the materials are more than 1213 years old, as the pharaoh’s passed away 1213 years ago.

Out of the utensils found in the cave, some bowls colored in red are also found, along with different containers, ancient lamps, bows and arrows, and a horrifying skeleton.

How Did The Israel Interview Authority React?

The team discovered the cave at the time when a mechanic was working on the terrace of Palamahim National Park. That is when a team of archaeologists was called to investigate. The team found the cave in a square shape, and what all they found next in the cave shocked everyone.

As per Eli Yannai, an expert in the bronze era, the cave and the artifacts found in it can depict the funeral practices of that era. According to Eli, the materials discovered in the astonishing cave are truly rare. 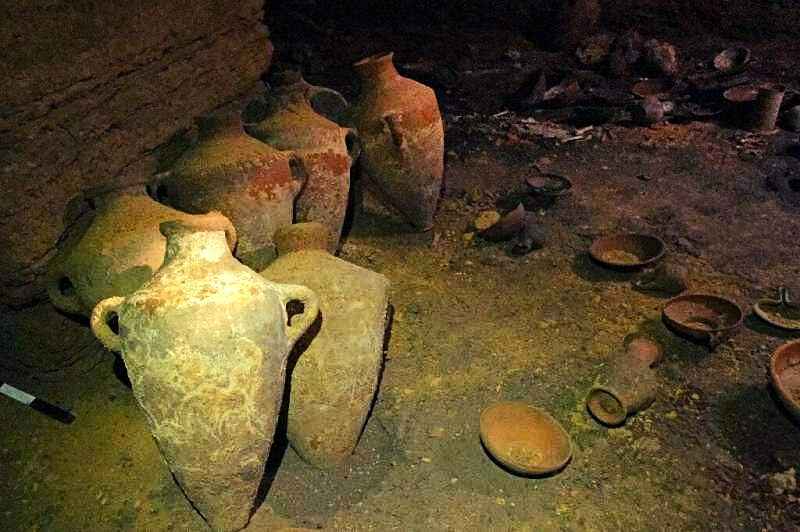 Further investigations claim that the discovery of a cave like this is truly an extraordinary and one-in-a-lifetime incident. Eli Yannai also stated that the cave is from the era of Pharaoh Ramesses II, whose most prominent achievements include taking control over Canaan. Today, Israel and Palestine lie under the boundaries of Canaan.

On the other hand, archaeologist David Gelman expressed his thoughts regarding the skeleton found in the cave, saying that it is true that the people of this era were cremated or buried along with their belongings, including utensils. The fact also points out the assumption that these people could also be warriors or guards of the ships.

David, like Eli, too believes that the discovery is indeed incredible. He further expressed that the cave is 3300 years old, and since then, its discovery did not happen until now.